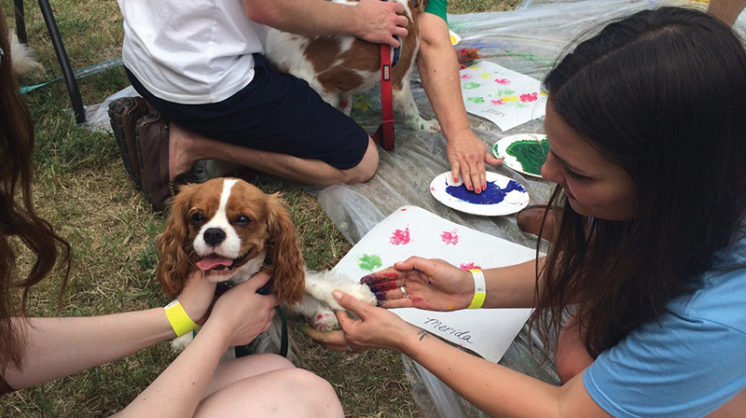 Back in 1995, the residents of Oklahoma City’s fabulous Mesta Park had the idea to put on a block party. It was a way to get the neighbors together to have some fun, and also kick-start fundraising for their annual holiday home tour.

Through the years the party grew, and today Mesta Festa is celebrating its 21st anniversary. It is being held from 10 a.m. to 4 p.m. Sept. 10 at Perle Mesta Park, NW 18th and Shartel, and organizers plan to block off NW 18th Street and Lee Avenue to utilize the street and lawns of historic homes facing the park.

The event is named after the neighborhood, as well as its namesake and former resident Perle Skirvin Mesta.

“Perle was Ambassador to Luxembourg and served four presidents in Washington as a host for dignitaries and foreign leaders,” says longtime volunteer Harry Meister. “The Broadway musical and movie Call Me Madam were based on her life. She was commonly known as ‘The Hostess with the Mostest’ and was once Time magazine’s ‘Woman of the Year.’”

These days, the event that bears her name is largely hosted by residents like Meister and his wife Dana, who have volunteered their efforts for the past 16 years. “Our chairperson for the second year in a row is Jill DeLozier. The event is put on by a committee largely from Mesta Park neighborhood, as well as others who love the event. Planning is somewhat year-round, but most work takes place in spring and summer.”

And speaking of hosting, it’s hard to get more gracious and welcoming than this: Mesta Festa is free and open to the public. Those who donate to the neighborhood and are at least 21 years of age will receive a complimentary cup to sample handcrafted beer and wine from local brewers and local pubs. Food will be available, and live bands – many from the Academy of Contemporary Music at the University of Central Oklahoma – will begin playing at 10 a.m.

For more information on Mesta Festa 2016, check out the group’s Facebook page under “Events.” And then – come enjoy.