One Year Later: Money Ruins Everything Is a Home for OKC's Skate Scene - 405 Magazine 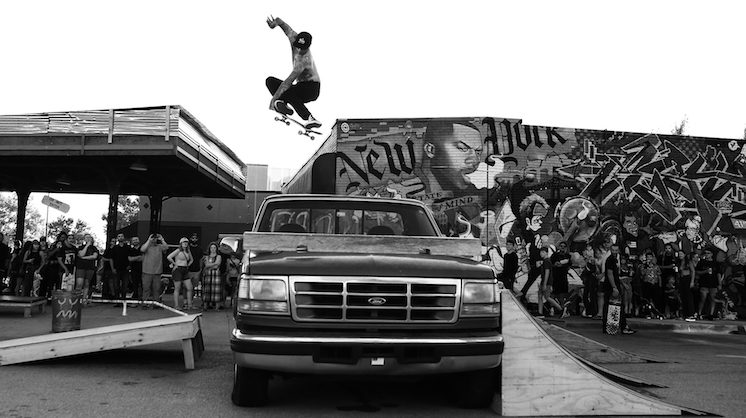 Photo from Money Ruins Everything.

The Uptown 23rd skate shop reflects on its year of community skate sessions.

Working in national wholesale of skateboards, skate gear and clothes for 30 years, Todd Millspaugh had spent most of his time purveying at skate stores, competitions and tours around the world. He co-founded his own sales agency, Money Ruins Everything, in 2012 with offices in downtown Los Angeles. But when the pandemic halted travel in 2020, and Millspaugh could no longer hit the roads, he focused on the skaters in his hometown of Oklahoma City.

Money Ruins Everything began holding skate contests and jacket and toy drives in the 405, during which the team felt the need to have a physical home in the area. They found the perfect spot in Uptown 23rd, which Millspaugh described as close to downtown while having “some attitude,” and opened a skate shop Oct. 2, 2021.

“It really came to fruition — a brain dump for all those years of being at store after store, events, contests, professional skateboard tours and stuff from all over the world,” Millspaugh said. “Time to bring some of that to Oklahoma.”

A year and some weeks later, Money Ruins Everything has integrated itself into OKC’s skate scene and the city overall through open contests at local skate parks and public showcases of the team’s shredders.

During the summer, Money Ruins Everything held a monthly late-night After Hours Session and Contest at The Daily Shredd, a private indoor skate park in Edmond that opened the same month as the store.

At July’s Uptown Outside Block Party, the store constructed a mini skate park on the prominent street. “We put people flying 12-to-15 feet in the air over a car, all kinds of rails and everything else, and that seemed to open a lot of eyeballs for skateboarders and non-skateboarders,” Millspaugh said. The store ran a similar skate competition in the Plaza District in September.

There’s a near-universal appeal of seeing someone soar above an entire vehicle, and Millspaugh hopes to convey that same vibe with anyone who walks into the physical store. The store rotates boards and clothing selection frequently and champions different styles and approaches to skating. “How you put your skateboard together explains part of who and what you are,” Millspaugh said. By importing international brands while supporting local events, he aims to bring the wider world of skateboarding to Oklahoma.

On Oct. 27, Money Ruins Everything will hold Rainbow in the Dark, a Halloween custom-course skate jam outside the shop with a heavy metal-inspired costume contest. It’ll feature rainbow rails, which arch upwards like the multicolored namesake. “When you skate jump onto the rail, you actually have to scale up to the top of the rainbow on the other side,” Millspaugh said. “It’s something none of the other metro parks have inside theirs, so we built our own.”

Money Ruins Everything’s ultimate goal is to share its passion with skateboarding with anyone who might be interested, which it accomplishes by hosting thrilling, all-ages sessions and contests whenever it can. “Every morning, the comment and question we leave with is, ‘What’s next?'” he said.