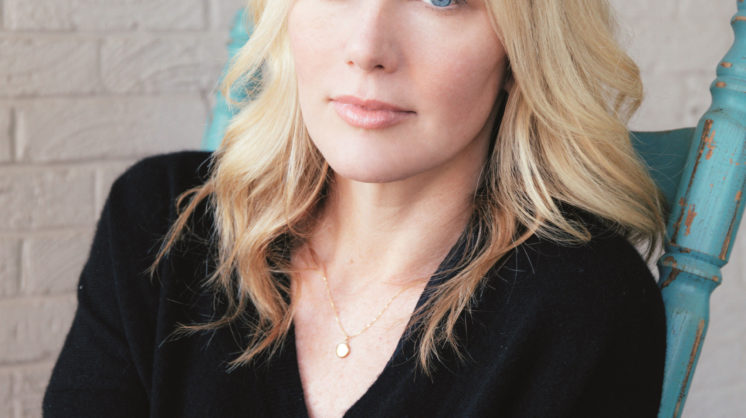 Allison Moorer’s emergence as one of the clearest voices and most gifted lyricists in alt-country was presaged by a horrific origin story: the 1986 murder-suicide of her parents, Franklin and Lynn Moorer. That story of childhood terror and the transcendence of tragedy is told in Moorer’s new autobiography, Blood: A Memoir, and the concurrent release of her 10th studio album, Blood. Moorer will perform songs from Blood and tell her story 7 p.m. Dec. 5 at Woody Guthrie Center, 102 E. Brady in Tulsa.

Moorer and her sister, Grammy winner Shelby Lynne, were raised in Frankville, Alabama, a small, unincorporated town north of Mobile. The sisters grew up in a musical family, but Franklin Moorer’s aspirations as a songwriter were undermined by his violent alcoholism, which was brought to bear on the entire family. Lynn Moorer eventually moved her daughters to a rental house in Mobile, but Franklin found them. On Aug. 12, 1986, Franklin shot his wife in her front yard and then turned the gun on himself.

In the wake of this great tragedy, both sisters achieved uncommon success and accolades for their respective music careers, and they collaborated on 2017’s Not Dark Yet, a collection of covers by artists such as Nirvana, Bob Dylan, the Killers and Nick Cave. For the Blood album, each song speaks to the experience of Moorer’s family members, living and dead, but all of them find new life in songs such as “Bad Weather,” “The Rock and the Hill” and the first single, “All I Wanted (Thanks Anyway).”

For his 14th album, the 49-year-old musical adventurer collaborated with Pharrell Williams to create a collection of forward-thinking, sonically innovative pop that feels more emotionally honest than his previous album, 2017’s Colors. Highlights include “Uneventful Days” and his duet with Sky Ferreira, “Die Waiting.”

Not one for sitting still for long, Lambert quickly follows up the Pistol Annies’ acclaimed 2018 album Interstate Gospel with abundantly fresh, pop-inflected country. Murderous comedy takes center stage on the Maren Morris-featuring “Way Too Pretty for Prison,” and Lambert gives bro-country a makeover on the irresistible “Pretty Bitchin’.”

His 1996 debut, Endtroducing… still casts a long Shadow, but Our Pathetic Age takes a bright approach to both modern hip-hop and old-school classicism, as one of the great innovators collaborates with some of the best rappers of the past 30 years, including Nas, three members of the Wu-Tang Clan, De La Soul and Run the Jewels.

The London trio made its first headlines with 2017’s Earl Grey, which frequently evoked the “C-86” genre of post-Smiths guitar-pop, but Girl feels more present-day. Just try to evict the synthetically brilliant title track or “Show Me More” from your prefrontal cortex.

Judas Priest’s Halford has one of the strongest and most enduring voices in heavy metal, and while a collection of Christmas carols such as “God Rest Ye Merry Gentlemen” and “Hark! The Herald Angels Sing” might sound like a joke, Halford’s metallic zeal proves that you’ve got another thing coming.