Music Meets Art in Windows to the West - 405 Magazine 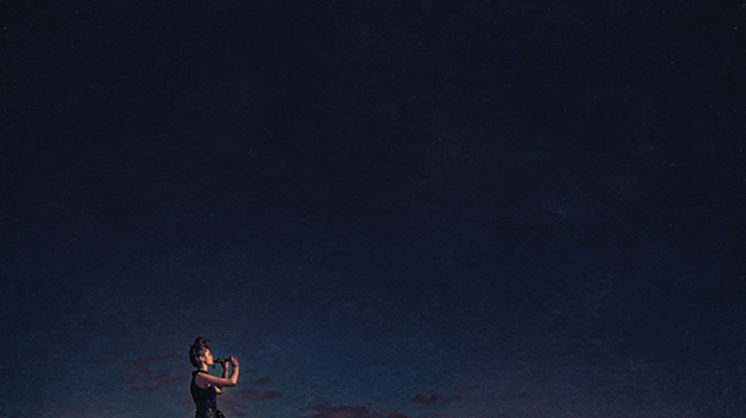 The Room With The Most Iconic Views In Oklahoma City Has No Windows.

It was designed with eight sides, instead of the usual four, to accommodate an artist’s vision of how to showcase his massive paintings of heroic vistas of the American West.

The five oils that comprise Wilson Hurley’s series “Windows to the West” have stood guard in the east wing of the National Cowboy & Western Heritage Museum for two decades, towering over concerts, receptions, fundraisers and festivities in the Sam Noble Special Events Center. Each work is a triptych measuring 40 feet wide by 18 feet tall, depicting sunsets in landmark locations in Utah, California, Wyoming, Arizona and New Mexico.

On February 20, the paintings will be guests of honor as they stand witness to the world premiere of an orchestra work they inspired.

Oklahoma composer Edward Knight’s five-movement, 30-minute orchestral version of “Windows to the West” will be presented by the 80-piece Oklahoma City University Symphony Orchestra, under the baton of Benjamin Nilles. The music was commissioned jointly by the museum and OCU to celebrate the museum’s golden anniversary. An encore presentation will be held the following evening, Feb. 21, at OCU’s Petree Recital Hall.

Hurley took five years to complete his paintings, sketching and hiking to canyons and valleys for inspiration. Knight has worked on his symphony for two years, studying the paintings and traveling out West. The result: a 21st century soundscape that adds musical dimension to the mute majesty of Hurley’s 20th century renditions of timeless landscapes.

Knight sculpted and shaped his orchestral suite — with separate lines for each of the ensemble’s 37 parts —  over hundreds of days. “I discovered the music along the way, sort of like when you’re peering across a misty lake and then the fog slowly lifts. The work gradually takes shape, and becomes apparent. That’s what the creative process is like, for me.”

The composer describes his new work: “It’s sweeping. Grand. Lyrical. It’s exotic, mysterious. The music is incredibly diverse, like the West itself. It’s loud, it’s quiet, it’s dramatic, it’s boisterous, it’s timid. Longfellow said ‘art is the child of nature.’ This is nature making its music, inspired not by cities and people, but by these paintings and by the West itself.”

He created an orchestral portrait for the brilliant contrasts of the Grand Canyon; the tumbling, churning Lower Falls of Yellowstone; the translucent waves breaking off Point Lobos; the golden Rio Grande and Sandia Mountains; and the other-worldly formations of Monument Valley, and offered insight into each movement:

I’m not the first person to say that the canyon is like a cathedral. Having hiked down to Phantom Ranch on the bottom and back to to the rim, I realize just how massive a cathedral it is. The music in this one has two distinct parts: the quiet sacred space below and the brilliant energy of the sky. These two main ideas are juxtaposed with each other, and eventually combine in a glorious, rapturous finale.

The subtlety of the solo harp may be an unexpected way to begin the piece. But, the way I view it, you can drive right up to the Grand Canyon and not realize where you are. It’s all beneath you. You can literally be standing near the rim and not find what you’re looking for. The harp illustrates the subtle way the canyon is approached, and then the chorale enters. It isn’t such an obvious thing like a mountain you can see from a great distance.  It’s easy to completely lose perspective when you’re standing there. The depth, the distances, the layers, the colors – your brain hasn’t experienced that. The majesty of the place is only fully realized at the movement’s end.

The music is built on three connected sections based on a single motif. The idea is that we see the waterfall from a distance, and it beckons us. The initial melody that comes out in the oboe is a siren call, a mystical voice that lures us to the waterfall: exotic, lyrical and mysterious, just bringing us in.

Monument Valley is stunning. You immediately recognize the epic landscape for what it is, and are embraced by its surreal familiarity.  More than anything, it is the American West.

But there is more to the place than grandeur. Monument Valley is actually the floor of an ancient sea, held sacred by the Navajo Nation and familiar to people who might not know exactly where it is but recognize the landscape. Its imagery has been featured in everything from Road Runner cartoons to album covers by Led Zeppelin and Lynyrd Skynyrd, to movies starring everyone from John Wayne and Clint Eastwood to Thelma and Louise. The movement gives a tip of the hat to the director John Ford, who has a part of the Valley named for him, with a snippet of the old marching tune “She Wore A Yellow Ribbon.” Overall, this has an off-kilter Western feel, elements of the cinematic landscape interlaced with an ancient, underlying spirituality.

The movement closes with nostalgia and wistfulness, conjuring memories and casting a tentative eye to the future. When you turn your back and venture out, it’s a feeling of easing away. It takes many miles to exit. It’s such a vast landscape that you mentally and visually kind of ease your way out, and you need time to reflect when you leave the place. It’s not a theme park , when you exit out a door and you’re somewhere else. It’s a spiritual and wondrous place where you fade in and out.

The most spectacular aspect of this painting is the light and clouds. In creating a multi-movement piece, variety and structural variance is important. The New Mexico movement is in rondo form, A-B-A-C-A-B-A, with variations and a cinematic scope, inspired by the shifting sun, and the dark shadows from the clouds and mountains. Turbulence is embedded in the C section, with rhythm and energy. It is fast and unpredictable. The A sections are comprised of Native American elements, a quiet rhythm, stacking in perfect fifths on top of the theme, building in a methodical way. It’s the heartbeat, the soul that glues the piece together. The B section is a waltz-like melody that begins with echoes of mariachi and evolves into varied voices, gradually powering out the return of the A. By the end, the full orchestra presents a sparkling rendition of the B theme, transforming— like New Mexico’s ever-shifting sky — to yet another variation.

The orchestra conjures sea sounds in combination with the ocean drum, and cellos create a seagull effect. The music takes us out in the sea, with an undulating texture moving throughout the orchestra, building to a gathering storm; faster, more turbulent, dramatic, with spaces of quiet, but ominous with lots of contrapuntal textures. It reaches a climactic point then quickly dissolves before rising into a recapitulation of the mysterious undulating. It is an awakening. The danger is gone, the storm is past. We see the sunset as the clouds part and the water rises and curls into Hurley’s image beneath the wind and above the waves.

Across the centuries, composers have been inspired by the worlds of nature and art.
Antonio Vivaldi created musical portraits of The Four Seasons. Richard Strauss’ 22-section “An Alpine Symphony” portrays a day in the Alps, from dawn to dusk. Ludwig van Beethoven’s Symphony No. 6, the Pastoral Symphony, is based on hikes through the Austrian countryside. Claude Debussy’s orchestral work “La Mer” has been described as an Impressionist painting of the sea.

The most famous composition inspired by visual art is a tribute to the Russian artist Viktor Hartmann, who was felled by an aneurysm in 1873 at the age of 39. His friend, composer Modest Mussorgsky, created a virtuosic 10-movement musical tour of his friend’s posthumous exhibition in St. Petersburg, which became the classical favorite
“Pictures at an Exhibition.”

Images and Music Marching On

Mark Parker, dean of OCU’s Bass School of Music, said of the Feb. 20 premiere: “I predict this will be the top Oklahoma musical event of 2015, and will live on as other orchestras perform Ed Knight’s work in concert with projected images of the paintings. Each time an orchestra performs “Windows to the West,” both the museum and the university will be recognized for their part in the creation of this work.”

Director of music composition and OCU’s composer-in-residence since 1997, Dr. Edward Knight has created works performed on international tours and in venues including Chicago’s Orchestra Hall, the Hollywood Bowl and Carnegie Hall, by groups ranging from Oklahoma high school ensembles to the New York Philharmonic. Critic Judith Carmen describes his music as “intriguing, heartfelt and beautifully crafted.”

The dedication of the National Cowboy Hall of Fame and Western Heritage Center on June 26, 1965, was attended by John Wayne himself, who rode on horseback in a parade to the site on Persimmon Hill. Flags of the 17 Western states were raised along with Old Glory, in the shadow of the white peaks of the museum’s roofline, designed to evoke tents pitched on the prairie.

For additional information and tickets to the world premiere of
“Windows to the West,” call 405.478.2250
or visit https://store.nationalcowboymuseum.org/about/events/windows-to-the-west