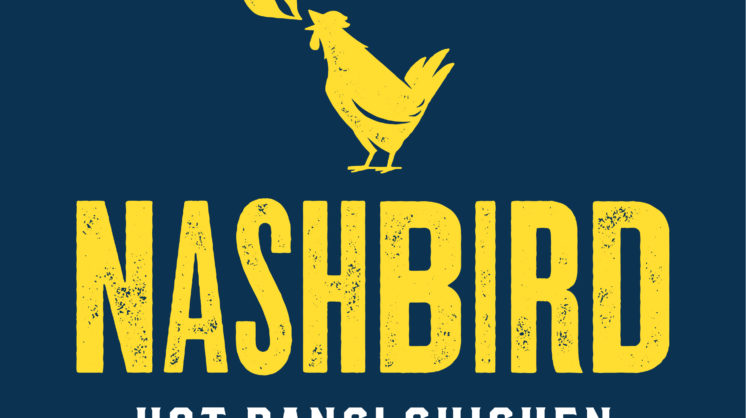 Chef Marc Dunham seems to be on a mission to revive Ninth Street. The consulting chef who just rebooted Iguana Mexican Grill is now turning his talents toward the old Hillbilly's facility adjacent to the railroad tracks.

Nashbird is what Dunham calls a “Nashville hot chicken meets Texas juke joint” concept that will feature counter service, cold beer, spicy chicken and whiskey cocktails. The atmosphere is meant to be casual, festive and fun – a come-as-you-are place for casual dinner and business lunch or vice versa.

“We don’t have a specific [opening] date yet,” Dunham says, “but we’re shooting for July or August. If it goes like we think it will, we’re going to move fast on this, opening new locations in and outside the metro.”

Dunham grew up in Texas, and places such as Lucy’s Fried Chicken in Austin remain a lifelong fascination.

“I was the youngest of six siblings – five older sisters – with a mom who worked three jobs,” he recalls. “My mom would work her regular job, and then on Thursday, Friday and Saturday nights, she worked at a fried chicken restaurant in New Braunfels. I’ve been around fried chicken joints my whole life.”

Tennessee knows a little about chicken, too, and Dunham loves Hattie B’s Hot Chicken in Midtown Nashville. To use his comparison, Hattie B’s is like Torchy’s, but with chicken instead of tacos.

“We’re going to focus on spicy chicken,” he says, “but guests will choose the level of heat they want, all the way down to no heat at all. We’ll have a full bar, but we’re really going to focus on good whiskey cocktails and cold beer.”

In addition to the dine-in option, Dunham said Nashbird would feature a strong to-go component, including the ability to order online and pick up quickly, a feature that is certain to be attractive to downtown businesses for lunch.

“We’re going to have chicken on and off the bone,” he says. “We’ll have a ‘hot dang’ chicken sandwich on glossy brioche served with our version of cole slaw, and we’ll have a mac and cheese feature with spicy (or not) chicken. The menu will be pretty focused, and we will offer a handful of quality bar snacks. We want a fun, casual atmosphere, and to help that along, we’ll eventually offer live music.”

Live music seems integral to a joint that models itself after upscale casual Nashville and Austin “dive bars.” The quiet zone along the railroad tracks will make this an ideal time to open a new concept along Ninth Street – so lovers of tasty chicken and good times should soon have a new place to roost.