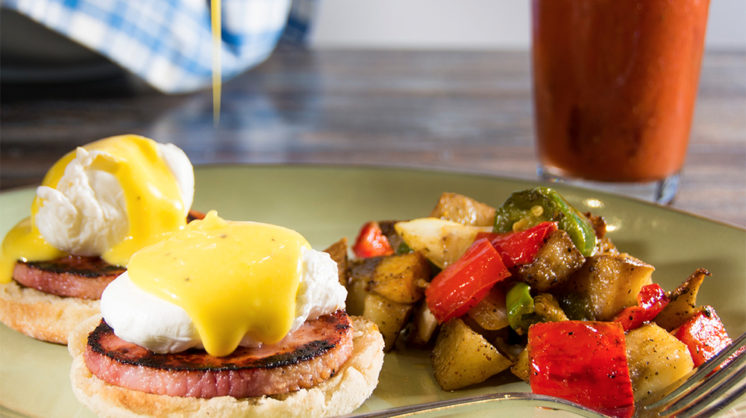 After much anticipation, Neighborhood JAM is open for business. The breakfast and lunch concept is the newest restaurant from Hal Smith Restaurant Group, a company best known for Charleston’s, Louie’s and The Garage Burgers & Beer, and is located on the southern edge of Edmond at NW150th and Penn, where it shares a shopping center with two other HSRG concepts: Hollie’s and Ted’s.

The idea was three years in the making, and Neighborhood JAM opened on Tuesday, October 10. The food is straightforward comfort food, but its quality is outstanding, thanks in large part to operating partner Michael Kraft’s and executive chef Brad Johnson’s commitment to making the food from scratch. That includes the chicken sausage, which is amazing, the biscuits, which have their own story, and the rotating seasonal jams that work so well with those biscuits.

Johnson worked through dozens of recipes from well-known chefs to develop the biscuit recipe, but he kept coming back to Bill Neal. Neal is best known as the chef who developed shrimp and grits, but he was also a wizard with biscuits – that he greased the pan with bacon grease likely helped. The bacon grease was a non-starter for Johnson, though. “We have customers who are vegetarian, and we wanted the biscuits to be available for them, too.”

The solution was in Johnson’s mother’s biscuit recipe, which was very similar to Neal’s except that she used Crisco to grease the pan. Johnson used both as inspiration to develop the Neighborhood JAM biscuits, which are large, light, fluffy and delicious. Oklahoma restaurants ought to be able to deliver excellent biscuits and gravy – it’s one of our staples – and Neighborhood JAM does.

The menu features an excellent mixture of traditional and creative items. The pulled pork verde is worth the drive, as is the chicken sausage. Kraft is a barista in his own right, and the coffee service is top notch, featuring Topeca coffee and well-trained staff.

Alcohol other than low-point beer is not available until 10 a.m. per state law, but after that, the bar is stellar. “I have an extensive home bar myself,” Kraft says, “and I love craft cocktails. I’m really proud of what we’ve put together here.” The booze menu also features keg wines and five different infused vodkas for the Bloody Mary menu. 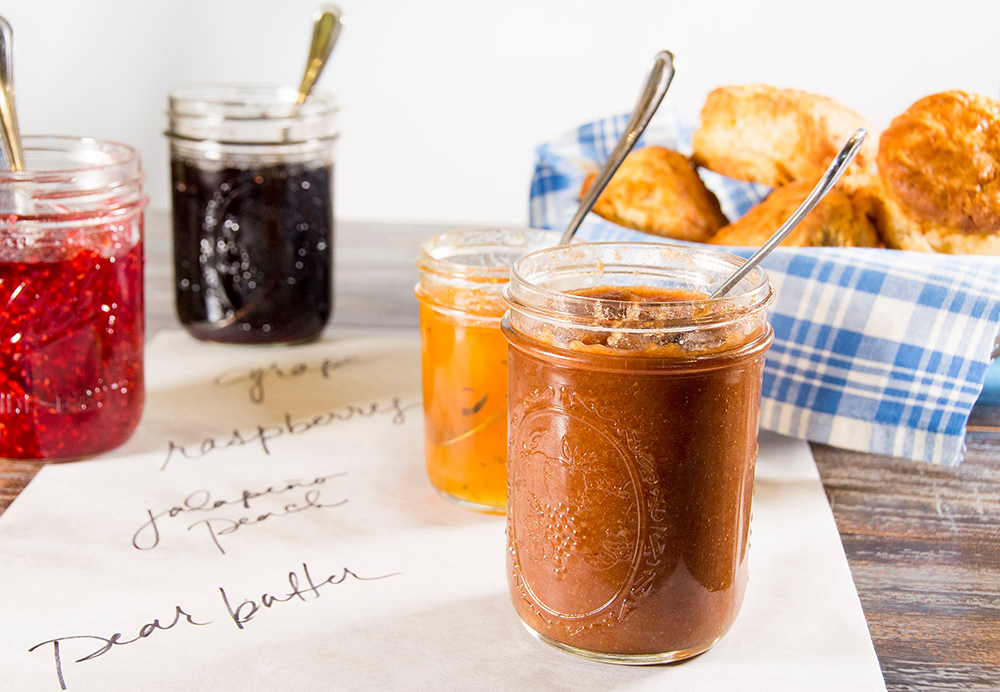 This is the regional chain’s first foray into breakfast, and Kraft, son of company president Hank Kraft, is the operating partner in what he described as the completion of a dream that started in college. Unlike the other Kraft family members who are OU alumni, Michael, the youngest, went to Ole Miss for a hospitality degree.

Oxford, Mississippi’s famous Town Square is home to Big Bad Breakfast, owned by James Beard Award-winning chef John Currence. Michael Kraft said he ate there while in Oxford, and knew that the concept was similar to what he wanted to do. When the HSRG executive team, which included Johnson, flew to Oxford to eat at Big Bad Breakfast, they agreed.

Neighborhood JAM is open seven days a week from 6:30 a.m. to 2:30 p.m., and the full menu is available all day. And if you’re wondering about the name, part of it is obviously related to the rotating jams on the menu, but it’s the “neighborhood” part Kraft is excited about.

“We’re going to partner with schools and local organizations to give back to the community,” he says. “We’re part of the neighborhood, and I believe it’s the responsibility of private businesses to help those in need.”