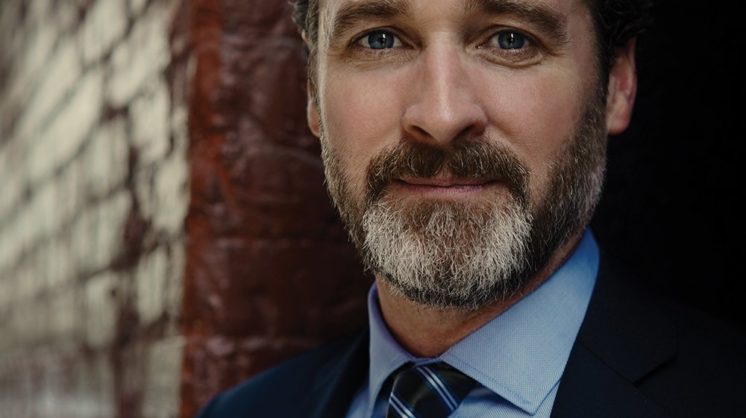 “I don’t really care about A-listers,” Berkeley explains. “Wayne White was the puppet maker on ‘Pee-wee’s Playhouse’; he wasn’t Pee-wee. Dan Harmon was the writer of ‘Community’; he wasn’t the Joel McHale. And Gilbert Gottfried is a comedian who’s just always been there in our lives. He’s like the wallpaper. It fascinates me that they don’t break through, or that they don’t want to break through.”

His subjects may be off the beaten path, but Berkeley’s films have garnered mainstream attention from the very beginning. His debut, Beauty is Embarrassing, premiered at South by Southwest, won awards across the country and made its TV debut as part of PBS’ Independent Lens series.

In Oklahoma, the film won Best Documentary Feature at the deadCenter Film Festival, and subject Wayne White was invited back to the OKC Museum of Art the following year to create an installation of massive cardboard puppets. All of the attention made Berkeley seem like an overnight success … but the truth about this Moore native and Oklahoma City University graduate was far more interesting.

“I met Wayne nine years before I started making a documentary about him,” Berkeley recalls.

“We lived less than a mile away from each other. Everything he did was such a big part of my life. His art and influence were everywhere.”

At the time, Berkeley was launching his creative services company called BRKLY, which did design and graphic work, eventually getting into broadcast. Now they create Emmy-nominated video and promotional work for “Top Chef,” “Project Runway,” “Real Housewives” and HGTV’s “Property Brothers.”

“My design company was going well,” Berkeley continues, “but I wanted to make a movie, and I wanted to tell the story of Wayne White. So it all came together. They both collided nicely.”

Berkeley followed up Beauty is Embarrassing with another critical and festival favorite, Harmontown – about Dan Harmon, the creator of “Community,” who was then going on a podcast tour after being fired from the show he created. Berkeley’s latest film is about comedian Gilbert Gottfried.

Gilbert premiered last month at the Tribeca Film Festival to rave reviews. Berkeley was praised for his ability to capture intimate moments and stories from the notoriously reclusive comedian.

“I don’t bring a crew of people. My process involves getting a camera by myself and casually talking to them until they finally break and start talking,” Berkeley says. “Gilbert did not talk to me for a long time. But I went to his house every day. Ultimately, two things happened: He forgot that the camera was there and it became a real conversation.”

Of his films, Berkeley explains, “Topically, they are all about weird, eccentric artists – but the way I approach each of them is different. Wayne’s was about his career, Dan’s was a moment in time and Gilbert’s is a big reveal about who he actually is.”

Neil Berkeley will be in OKC this month as a featured guest of the deadCenter Film Festival, June 8-11. He will be speaking on a panel about directing films, and presenting his latest documentary feature: Gilbert will screen at 8 p.m. June 9 at OKC Museum of Art, and at 9 p.m. June 11 at Harkins in Bricktown. For a full schedule and information about tickets, visit deadcenterfilm.org.