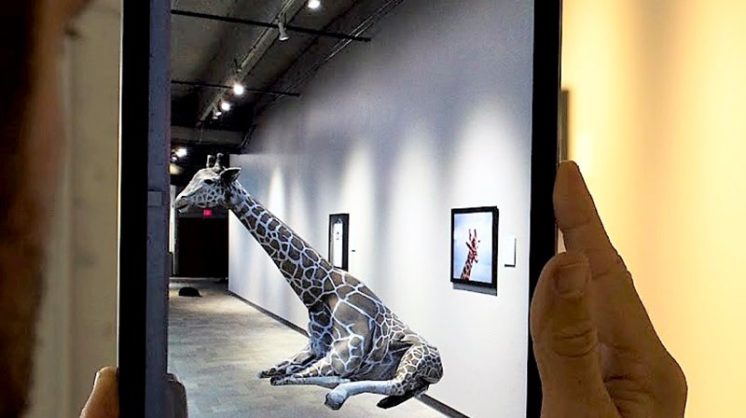 It’s a museum exhibition but not as we know it. The Science Museum is hosting its first augmented reality exhibition developed by Oklahoma City-based startup ReLiveIt.

See a giraffe walk down a hallway, take a look around Vincent van Gogh’s famous Bedroom in Arles, watch a space shuttle launch as displays are brought to life with the aid of a smartphone or tablet.

With the ReLiveIt app on their smartphone or tablet, visitors to the museum’s second-floor display can point their device at the text panel next to the artifact and a new display will appear, such as a computer-generated image, time-lapse video or a narrator sharing a story about the piece.

ReLiveIt co-founder Ben Campbell and University of Oklahoma Professional MBA graduate says the display is perfect for youngsters as it encourages them to stay longer and explore more.

“I grew up going to a lot of museums and enjoyed the experience but not a lot has changed in the way information is displayed in museums,” adds Campbell who, along with fellow co-founders Michael Thomas and Clark Fisher, developed the idea through their studies at OU. “This allows stories to be told in an entirely new way and it is definitely encouraging people to spend more time at the museum.” 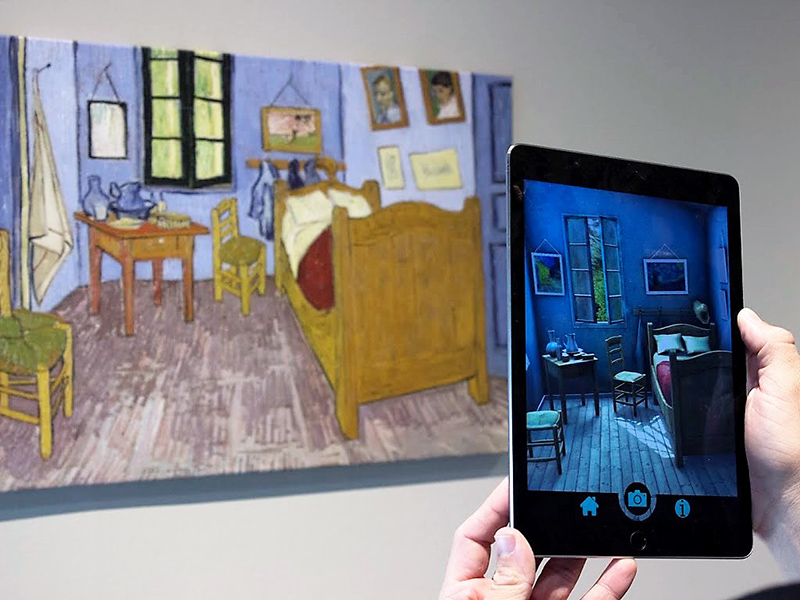 Augmented Reality, the idea of bringing a virtual world into our real world, is being used in other museums around the U.S. – from the Skin & Bones exhibition at Washington D.C.’s Smithsonian National Museum of Natural History to the Heroes & Legends exhibition at Florida’s Kennedy Space Center.

“Everything around us has an untold story,” says Thomas. “ReLiveIt’s application allows individuals to dive deeper into their surroundings while creating an impactful memory for years to come.”

Other weird and wonderful artifacts, which are brought to life in the Museum of Augmented Reality, include an OKC Energy jersey, a weather balloon and a Greek wine jug.

“We work every day to reveal the wonder and relevance of science – an experience like this may spark the curiosity in a child that could last a lifetime,” says Sherry Marshall, president and CEO of the Science Museum.

The exhibition will run until Jan. 14 and is included with the museum’s general admission.