Not Your Grandma’s Turkey - 405 Magazine 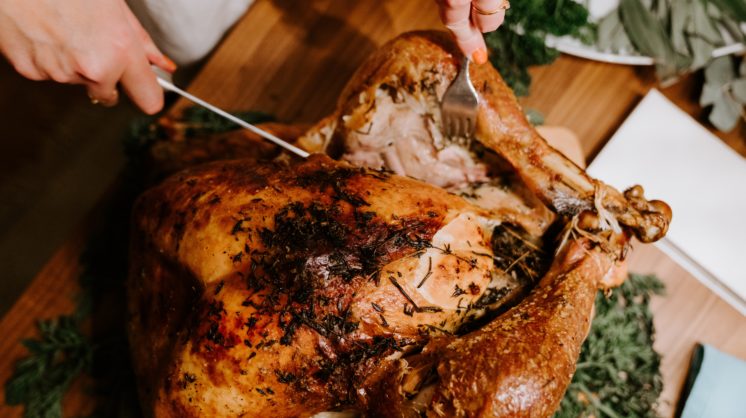 After 230 years of Thanksgivings, you would assume we’d all be turkey-cooking champs. Turns out, though, that every year, we scramble about for the best recipes or methods. Perhaps it’s because turkey is – flavorwise – a huge chicken, or perhaps it’s because turkey can’t compete with ham, brisket, ribs or steak in terms of flavor, or perhaps we’re just bored with turkey, so a new recipe holds out the hope that this year, turkey will taste like ham, brisket, ribs or steak, and not a huge chicken.

We asked chefs around town about best methods, and no, we didn’t consider vegan or vegetarian turkey substitutes; this is a story about turkey, not veggie pulp shaped like turkey. The methods tend to come down to three major techniques, and one we had not heard of before, but seems to offer hope that the process would at least be quicker. It’s called “spatchcock,” and we’ll save it ‘til the end.

Chef Kurt Fleischfresser does turkey three ways: confit, grill and roast. “I confit the drumstick for more flavor,” he said. “Grilling or roasting the thigh works well, and then I roast the breast in bacon. It ensures the leftovers will make great chili, soup or sandwiches.”

The good news here is that it doesn’t require a whole turkey, nor hours in the oven. Fleischfresser breaks the bird down and cooks the components separately. This is especially useful for single people who love to cook but don’t want turkey for two weeks after. If you can’t find a separated bird, cut it in half and share with another friend who enjoys cooking.

Chef Kathryn Mathis is a proponent of smoking the bird, after brining it for a couple days. “Two days it the max,” she said. “After that, it starts to get the rubbery texture associated with over-brining. If you’re just doing a single, large breast, 24 hours is plenty of time.” 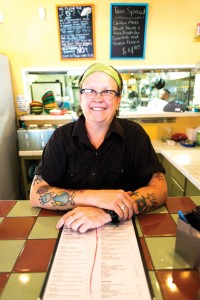 “I smoke it low (about 275 degrees) for about eight hours over a combination of hickory and cherry,” Mathis said. “Afterwards, let it rest for 20-30 minutes.”

Mays is experimenting with an Old Fashioned brine this year. Not old fashioned in the sense where it’s a generations-old family recipe; he’s literally combining the components of the famous cocktail in his brine. “I used a whole bottle of Angostura bitters and a .750 of bourbon,” Mays said. 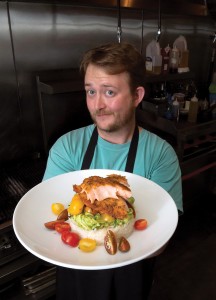 The rest of the brine was brown sugar, salt, a half-gallon of water, fresh sage, and the juice of three oranges. Before using the bourbon, though, he burned off all the alcohol.

“You put the whole bottle in a stock pot, light it on fire and let it burn until the alcohol is consumed,” he said. “It took about 20 minutes.”

Mays is also the one responsible for telling us about spatchcocking. The method works for smoking or roasting, and the benefits usually include a quicker roast and more surface are for smoking. The trick is to remove the spine, and force the bird to lay flat. Mays said Rodney Scott of the eponymous barbecue joint in Charleston removed the breastbone, too, in a recent recipe he submitted to “Food & Wine.”

Anything that makes the process faster seems like a win this time of year.