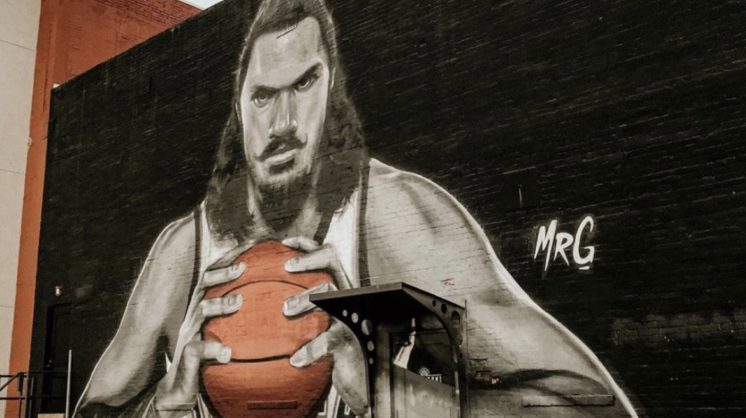 An era came to an end in Oklahoma City on Nov. 24, a cliché used too often to describe the departure of so much talent from the Oklahoma City Thunder. We’ve witnessed the big three leaving – Harden, Durant, Westbrook – and more names than we can easily remember since the team’s 2008 debut.

Somehow, this one hurts more than most of the others, though, because it involved fan favorite Steven Adams, who will now be a New Orleans Pelican. It’s an odd twist, given that the Thunder exist because we were home to the Katrina refugee New Orleans Hornets for two seasons, an experiment in adoption that led to the NBA taking OKC seriously as an NBA city.

In the world of professional basketball, Adams’s career numbers are pedestrian: 10 points and seven rebounds a game, with some years in which he came close to 10 and 10 or better; but the measure of Adams isn’t just in his numbers. No, we won’t be retiring his jersey, but we will miss the man who was a remarkable teammate, respectful guest in a strange city, and a funny, charming ambassador for the NBA and OKC.

In his official statement, Thunder executive vice president and general manager Sam Presti said, “Steven Adams will hold a special place in our organizational legacy. On and off the floor, Steven contributed to our team and community in unique ways and his place in Thunder history is secured. I’ve been very transparent about his role in the organization, how important he is. He’s left a tremendous mark on our franchise. We’re extremely grateful.”

Adams possesses a degree of self-awareness not always found in professional athletes, and much of it is due to always carrying himself like a man who knew that his native country’s reputation was at least partly his responsibility. In an interview shortly after arriving in New Orleans, Adams said, “We’re representing a city and a city’s history as well; that’s the main thing. You have to really look at that and understand how you need to hold yourself. I’m representing New Zealand as well, my own country.”

For Oklahomans raised on middle American notions of hard work, humility and propriety, the words were like a balm. Here was a guy that got us. Sure, he was from about 7,600 miles away, but we’re the same! Or something like that. Truly, though, he did get it: “That’s why fans want to get to know you, just to make sure you’re a good dude. You’re representing them. It’s not a playground thing; it means a lot to people.”

He even worked with the Beef Council! We basically turned a Kiwi into an Okie, and so it is sad to see him go. If the arena were to be packed with people on Dec. 31 when the Pelicans come to town, the ovation would last for as long as our voices held out. We will miss you, sir.  Thank you for all you’ve done for our city, for your blue-collar approach to the game, for your sly, gentle humor, for always giving everything you have, and for being the best teammate the Thunder could have wanted.