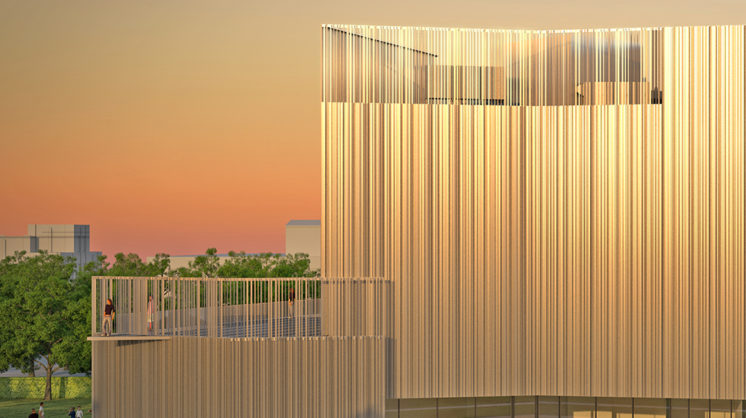 A future star of OKC art is coming to fruition, as work has begun on Oklahoma Contemporary Arts Center’s new $26 million campus at NW 11th and Broadway.

The new building, called “Folding Light,” is designed by Rand Elliott and includes a teen art studio, classrooms and a 200-seat theater to be named in memory of Chickasaw storyteller Te Ata.

Chickasaw Nation governor Bill Anoatubby said that the arts are critical to enhancing the quality of life of the individual and the community, adding, “Te Ata once wrote that art brings all people together, and her career bears testimony to that noble idea.”

Construction was due to start in January, but was delayed while the organization successfully pursued new market tax credits, according to founder and board president Christian Keesee. So far, almost $19 million has been raised towards the campaign’s $26 million goal.

The 53,916-square-foot building’s metal exterior will reflect Oklahoma’s ever-changing sky, hence its name, and will house 8,000 square feet of gallery space and nine classrooms spread over the building’s first and second floors. In addition to the teen art studio on the first floor, gallery space, a café and retail areas will also sit here. 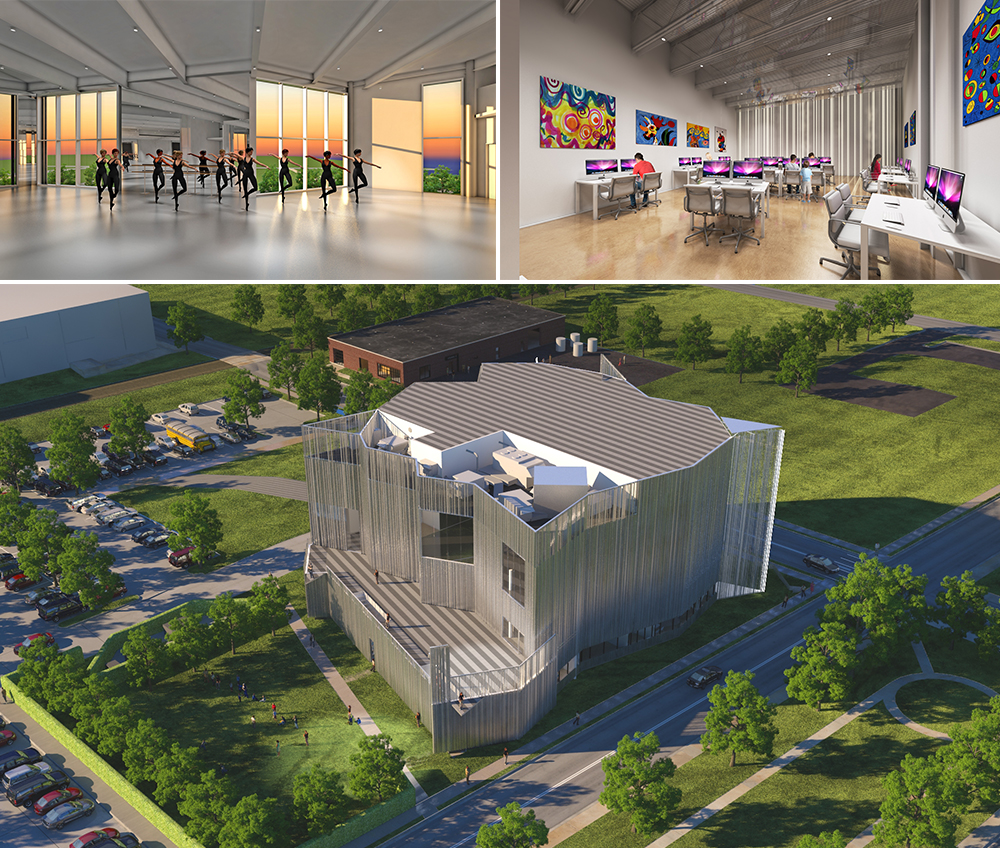 The new center is due to open in the fall of 2019 with three exhibitions – and admission will remain free. Outside, a sculpture garden will feature rotating works, and Campbell Art Park will host year-round, large-scale sculptural installations. Adjacent to Folding Light in a renovated warehouse space, the 28-year-old organization’s industrial arts programs will feature ceramics, fiber, metal, wood and glass creation stations.

“Oklahoma Contemporary connects the art of now and what’s next to the state of Oklahoma and beyond,” says Artistic Director Jeremiah Matthew Davis. “We craft partnerships with artists and organizations to foster exchange and collaboration in a space all the arts can call home.”

The current building at State Fair Park serves around 18,000 people each year, and according to organizers, is “filled to capacity.” The new building will accommodate an estimated 90,000 annual visitors and more than triple the programs and class offerings.