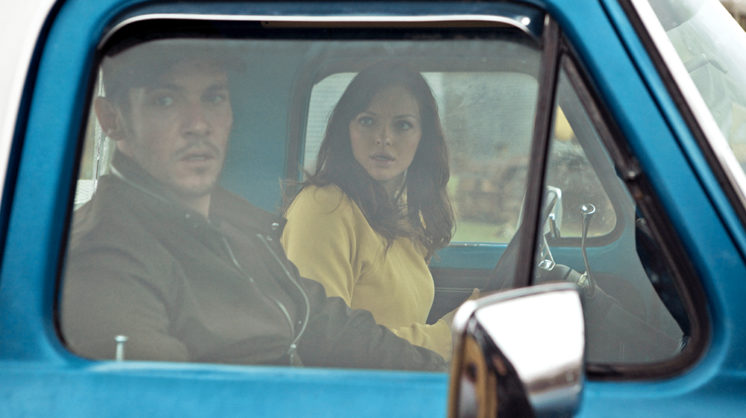 The Oklahoma movie Wake Up is helping to put the state on the map with a screening at the most famous film festival in the world: Cannes.

Starring Francesca Eastwood, daughter of Clint, and Emmy-nominated Jonathan Rhys Meyers, Wake Up was filmed entirely in Oklahoma, employing a local crew. It even features our very own James Austin Kerr, whose latest movie You People will be premiering at the upcoming deadCenter Film Festival.

Wake Up is a thriller that centers on a John Doe, played by Meyers, who wakes up in a hospital bed with no recollection of who he is, and finds that he’s wanted by the police for a series of murders. With the help of his nurse, played by Eastwood, he escapes from the hospital, and together they search for the true killer.

The movie, produced by VMI Worldwide alongside Archer Films, is making its debut at Cannes Film Festival in France to interested buyers for distribution rights.

“We’re thrilled with how the film has come together, and excited to present select footage for buyers during the festival and showcase the performances of these talented actors,” says producer and VMI Worldwide President Andre Relis.

Oklahoma Film and Music Office Director Tava Maloy Sofsky said that being seen in front of an international audience at an event such as Cannes furthered their mission of showcasing a state that has so much to offer movie makers.

“We look forward to the film’s promotion of Oklahoma, and our state’s film incentive program, to the international audience at Cannes and beyond as the production moves forward in securing distribution for release,” she says.

Wake Up is not the only Oklahoma movie getting in front of movie royalty in Cannes – Western romance Painted Woman, directed by Oklahoma native James Cotton, and Wildlife, starring Jake Gyllenhaal and Carey Mulligan, are also enjoying the limelight at the 71-year-old Festival de Cannes. The Paul Dano drama Wildlife, which was shot in Oklahoma and premiered at the Sundance Film Festival, opened the Cannes Film Festival’s Critics’ Week, which showcases first and second feature films by directors from all over the world.