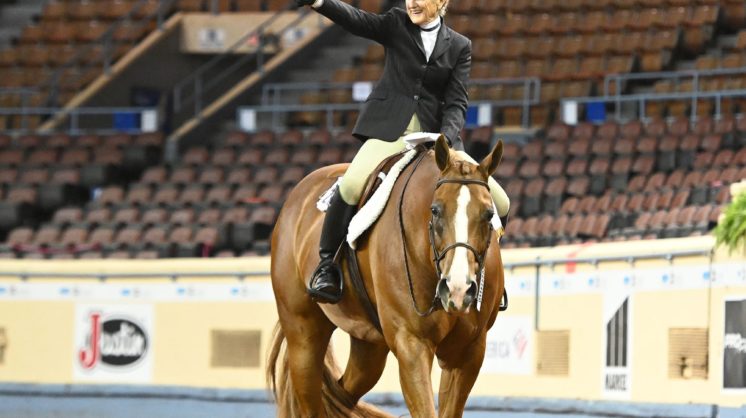 The 46th annual event—which reins in some $50 million in economic impact for OKC—requires the expertise of roughly 100 employees and contractors of the AQHA, along with 100 park employees.

The show’s awards purse totaled $2.2 million … but the economic effects extend far beyond the winner’s circle. “The Oklahoma City Convention and Visitors Bureau and the City of Oklahoma City understand the importance of horses out here,” Allen said. “Our hotels and our restaurants are full.” AQHA Chief Show Officer Justin Billings said the world show last year alone drew 7,522 entries, 89% of them from out of state. International entrants traditionally hail from Canada, Germany, Mexico, and elsewhere.

“Even if you’re not competing, you can come out and shop,” said Billings, noting the event’s trade show will feature a Christmas theme and showcase the Western wares of more than 100 vendors nationwide.

Other free horse shows going on before the end of the year include:

The event has a nationwide draw. Said spokesman Tony Lee, “Competitors go all out and decorate the barns, making them their homes and workplaces away from home.” Access the show schedule here.

The event features non-breed-specific barrel racing, including classes for youth and trainers. The highlights are the competitions for 4-year-old horses on Wednesday and Friday, show manager Ross Wright said.