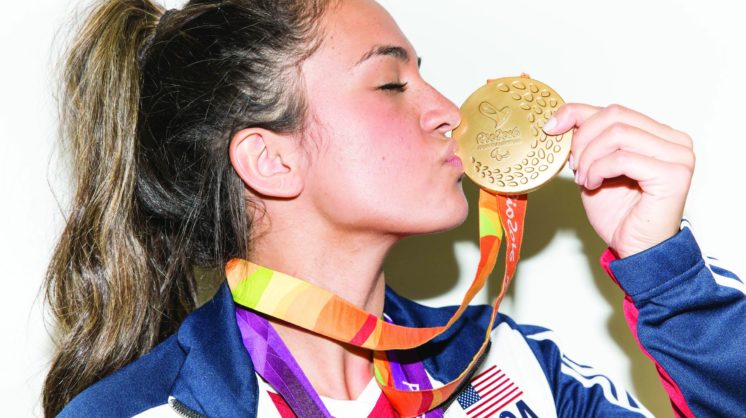 The 2020 Tokyo Olympic season has finally come to an end, following a year’s delay. The Olympics also include the Paralympics, which commenced on Aug. 24 and concluded on Sept. 5. In these games, the U.S. women successfully defended sitting volleyball Paralympic gold over rival China. While these games may be shorter, the training is just as rigorous for their athletes—one of whom is 25-year-old wife and mother Kaleo Maclay, who represents Team USA. 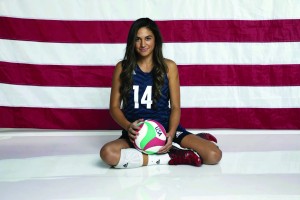 An Edmond Santa Fe graduate, Maclay has a clubbed left foot. She underwent surgery for tenotomy when she was 9 years old, but it wasn’t successful. Since then, she has a leg shorter than the other and an underdeveloped calf muscle that’s inflexible. That hasn’t stopped her, though.

“For me, I have always been most comfortable playing sports,” said Maclay. “In having a disability, I’ve run into many challenges within sports. I put a lot of energy into trying things differently. I used different blocking methods in standing volleyball and other setting methods to do the most with what I have. And I think that’s been a theme in my life; doing the most with the situations I’ve been given.”

At 7, she played basketball. At 8, she started to play softball. At 9, she found volleyball, and at 10, Maclay started playing competitively for OK Peak Performance. She then played a lead role on her team, placing 42nd in the USA Junior National championships. Soon after that, in 2009, she helped lead the same team to 18th place.

“Volleyball was actually the last sport I tried,” she said. “My mom was a volleyball player, and

I finally got to the point of coordination where she felt it would be an excellent time to try.”

Maclay took to volleyball easier than basketball, softball, or any other sports she experimented with.

“Thankfully, that’s what I chose because I was then introduced to sitting volleyball.”

OKC has a resident training program based at the University of Central Oklahoma, where the Paralympic Training Center is located. Sitting volleyball is the same game as volleyball, with slight changes: The net is shorter, and the court is condensed.

Maclay said, “I encourage people who want to see the game to go to YouTube and look for our gold medal match vs. China from the Rio Paralympic Games to get a complete picture of what the game looks like.”

Whatever is in store for this group of athletes, we’re proud that this Oklahoma City native played a significant role in their success. 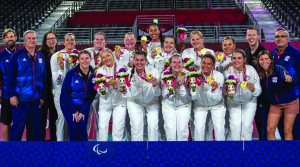