OKC Museum of Art welcomes The Painters of Pompeii - 405 Magazine 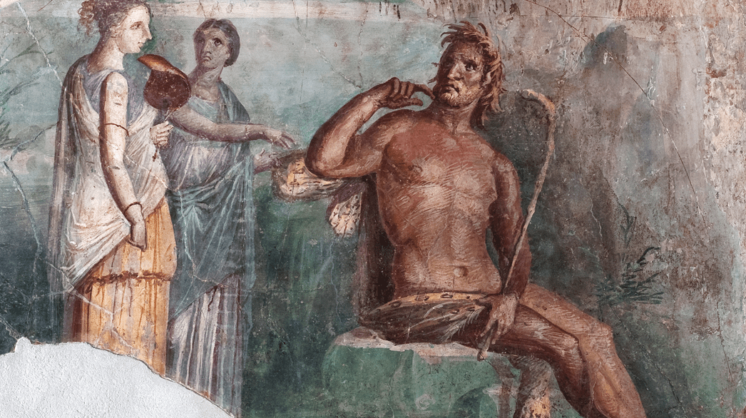 The Painters of Pompeii: Roman Frescoes from the National Archaeological Museum, Naples, opens this weekend at the Oklahoma City Museum of Art. Originally scheduled to be a multi-city stop, the exhibition saw COVID and its aftermath prompt several other venues to opt out, thereby providing the OKCMOA the opportunity to extend the run of this stunning and historic collection for an additional month, and making OKC the only U.S. stop before the collection goes back to Europe.

Because Herculaneum was buried in 25 meters of ash, it was actually better preserved than Pompeii, and because Pompeii was bombarded with pumice from the eruption, it sustained far more damage to above-ground structures than its sister city. Still, both cities offered archeologists and art historians a rare opportunity to study well-preserved art that depicted mythology, history, landscapes and other windows into Roman life.

The exhibit draws from both cities to display 80 artifacts and frescoes – the traditional Roman style of home decoration in which paint is applied to wet plaster. When the plaster dries, the painting becomes part of the wall in a way that murals are not. This makes excavation even more tricky, since the paintings are bound to the structure of the building.

The exhibit is open to the public beginning Saturday, June 26, and runs through Sunday, Oct. 17. As part of the program, lectures from renowned scholars will be offered virtually and in person in the Noble Theater. The first of these is “Pompeii: Myth and Reality,” by Kenneth Lapatin, Ph.D. – Curator of Antiquities at The J. Paul Getty Museum – on Wednesday, July 21, at 6 pm. This is the only virtual presentation. Other lectures in the series are:

The museum is currently open for summer hours, so they are only closed on Mondays. The Visiting FAQs page on okcmoa.com has more information.