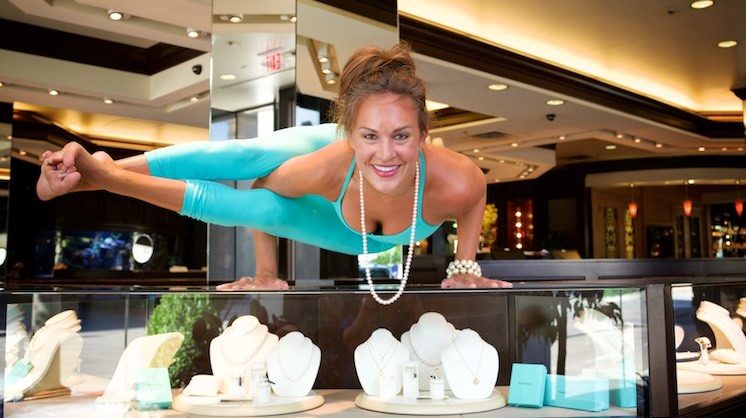 Before there were countless yoga studios stretched across the 405, there was Yoga at Tiffany’s. The hot yoga studio, now named Flo State, was established in 2010 and became a crucial piece of Oklahoma City’s yoga community. Its namesake founder, Tiffany Porte Woodruff, started teaching yoga at a health grocery store near Quail Creek at the request of friends.

“Tiffany said, ‘If you get six people to do it,’ I’ll get up,” said Stacey Rist, a current yoga instructor and former student at Yoga at Tiffany’s.

Porte Woodruff moved into her own studio space in 2010, and then to a larger one in 2011. As the studio grew in popularity, Porte Woodruff offered certification in yoga instruction to aspiring yogis. Over the following decade, teachers certified by Porte Woodruff opened their own studios, creating a web of practices that stemmed from Yoga at Tiffany’s. But it was Porte Woodruff’s careful instruction and focus on inclusion that stuck with students.

Stephanie Fisher, a former student whose time at Yoga at Tiffany’s helped alleviate her back pain, said the studio’s warm, relaxing environment loosens the body and connects physical movement and breathing to the emotional experience. Porte Woodruff’s dog Bella would lie on a blanket during classes. The calm atmosphere was reinforced by Porte Woodruff’s attentive and encouraging teaching style.

“She was laid-back in her approach, until you were a teacher,” Rist said. “She wanted it done in a certain way. She didn’t want people to ever get hurt, and she wanted them to feel better.” Because Porte Woodruff was committed to improving people’s lives, she was insistent that instructors taught the right way, Rist said.

Porte Woodruff found different ways to spread her passion for yoga to others in Oklahoma City. She occasionally organized yoga retreats in Costa Rica, and she entered corporate agreements with the Oklahoma City Ballet and the Oklahoma City Thunder to teach classes to the dancers and players, respectively.

Rist once received a yoga mat from Porte Woodruff as a gift. When she posted a photo of it on social media, several others replied that Porte Woodruff had given them one as well. “She was very philanthropic in that way,” Rist said. “She was probably giving it to everybody.”

While Porte Woodruff was teaching relaxation and strength, she was diagnosed with cancer in February 2017. She remained active in managing the studio and overseeing instructors, and the yoga community that she raised supported her through treatment and tough times. Porte Woodruff and her friends renamed the space to Flo State to better reflect the studio’s newer offerings and its central place in Oklahoma City. (The O stands for Oklahoma.) After selling the studio to Fisher, Porte Woodruff died in May 2021.

At her funeral at Crossings Church, Rist noted the vast number of people there. “She just touched so many people’s lives that I think people rallied around that.”

Fisher now continues Porte Woodruff’s wide-reaching legacy through sustaining Flo State as a healing space. “Stephanie has been great in that she’s brought in all sorts of fun energy, and it’s been super positive,” Rist said.

Many of Porte Woodruff’s students still take classes at the studio. “It’s really neat to see people walk back in and say, ‘This is my first time back here since before Tiffany passed; thank you for being here because I needed to come back into this space — this is a part of my healing from losing her,’” Fisher said. “It’s definitely inspired me.” 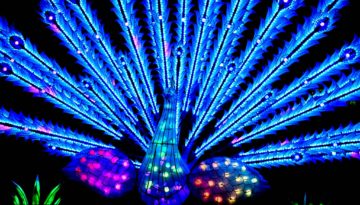