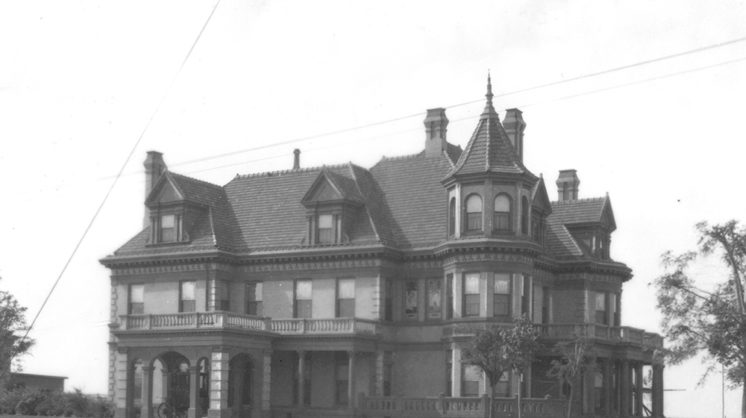 A few blocks from downtown Oklahoma City sits the stately old Overholser Mansion. The three-story, French chateau-style house predates statehood – it was built in 1903 – and for more than a century, it has stood as a monument to another time.

The home of Henry and Anna Overholser at 405 NW 15th was the center of Oklahoma City society functions for decades. Henry lived in the mansion until his death in 1915, and Anna continued to reside there until her death in 1940. In 1970 it was listed on the National Register of Historic Places, and in 1972 ownership transferred to the Oklahoma Historical Society.

But as the autumn days grow shorter and shadows lengthen, visitors might be interested to know that some believe the spirits of the Overholsers may still occupy the mansion.

“I have investigated the Overholser Mansion twice,” says Lindsey Miles, president of Milestone Paranormal Research. “When we first walked in and saw the architecture, I had such a feeling of awe – it is almost like stepping back into that time and seeing how they lived and what was important to them. The Overholsers loved to travel, and they still have the luggage in the upstairs closet. And it is beautiful. A sitting room on the third floor overlooks Oklahoma City, and the night view is amazing.”

Miles has been in the business of paranormal research for more than a decade. When the opportunity came to investigate the Overholser property, she immediately said yes.

“We do most investigations on Saturday nights,” she says. “It has nothing to do with paranormal activity, but more with scheduling. Investigations like this one usually start around 8 p.m. and can last until 4 or 5 in the morning. We investigate in the dark, because our equipment has lights that activate when an anomaly occurs, and it’s also easier to see shadows.” 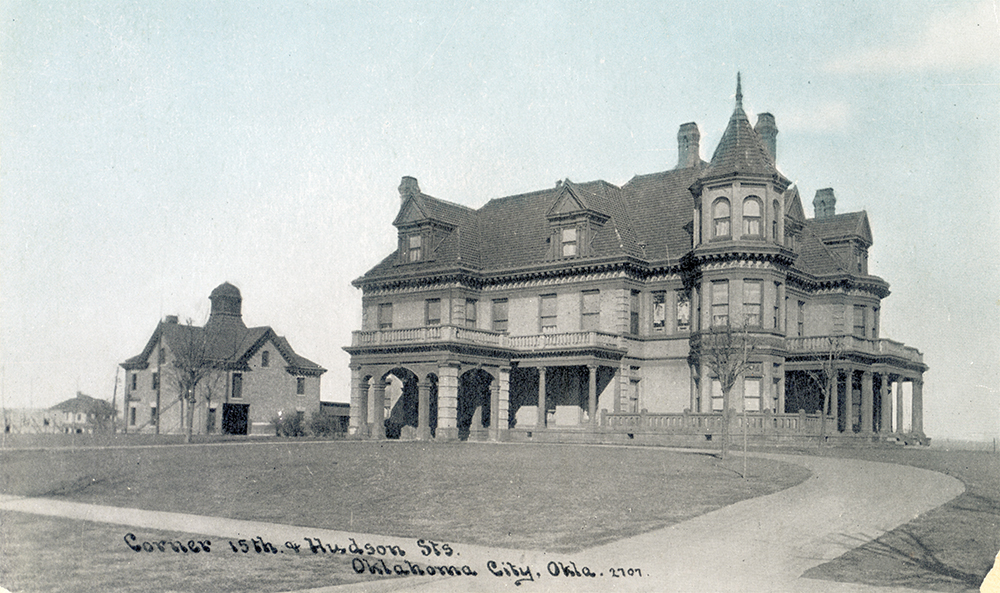 The team investigating the Overholser Mansion consisted of five people, Miles said. “We keep our teams small, so there is not a lot of contamination of the evidence. Plus, it’s a respect thing because we are walking into someone’s home and we are guests, so it’s not like we are throwing a party.”

During the two investigations, Miles said they encountered activity that seemed to be not-of-this-world. “On the first investigation, we saw shadows moving and heard someone walking upstairs,” she says. “We heard Mr. Overholser died on the second floor. And we also heard Mrs. Overholser loved to read and sit in the bay window on the second floor. During the second investigation, we got an electronic voice phenomenon that said our names, and we also heard a little girl laughing. One of our instruments measures temperature, and once the room got extremely cold. We asked the anomaly to do it again, and it did on command a few times.”

Miles said that during her 14 years in the business, she has conducted more than 700 investigations, and hopes to return to the Overholser location.

“That mansion is amazing,” she smiles. “I am grateful for the opportunity to investigate. It’s like stepping back in time, and if you’re lucky, you may just see or hear from the Overholsers themselves. Have manners, say ‘hello’ and ‘goodbye,’ and keep your eyes and ears open.”