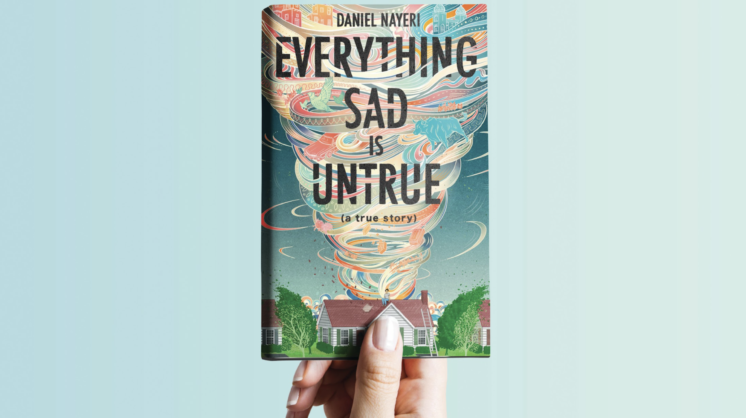 During the aftermath of 9/11, a 12-year-old boy named Khousrou (now called “Daniel”) stands in front of an Oklahoma classroom and begins, “I’ll tell you a story. We can know and be known to each other, and then we’re not enemies anymore.”

His classmates suspect that Daniel could be a possible terrorist, and the boy has assumed that his classmates are murderous bullies. His Persian heritage appears threatening, although Daniel tries to explain to them that Iraq and Iran (where he has emigrated from with his mother and sister) are bitter enemies. Like Scheherazade, the hero of the Arabian Nights, he begins telling stories to save his life. Not to an evil king, but to his junior high classmates. 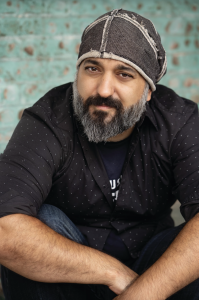 Everything Sad is Untrue (a true story) was written by Daniel Nayeri, who grew up in Oklahoma after he moved here from Iran. In telling us these (mostly) true stories about Iran, he’s also telling us about coming of age in Oklahoma, along with saffron fields, forbidden love, blood sacrifice, magic desserts, shepherds, Okie potlucks, martial arts and – because a 12-year-old boy is telling the stories – poop jokes.

Many of the most poignant stories in the book center around food While Daniel learns the rules and customs around Oklahoman food (barbeque is mentioned, of course), he tries to expose his friends to his mother’s cooking. Nayeri notes that even today, his mother “evangelizes her food at church potlucks. She tries to convert American eaters to Persian recipes.” He said that many of these stories are in the book because, “Food is a tangible way to bring back a memory. For immigrants, memorizing recipes becomes very important. Food has so much to do with everyday survival.”

Everything Sad is Untrue (a true story) is a genre-defying book. Set in Oklahoma, Iran and Italy, part memoir, part fiction, both comedic and heartbreaking, the author said in trying to explain the mix of forms, “You can’t have truth without love, because truth without love is merciless, and kindness without truth itself is self-serving. Both at the same time is our way forward.” For Nayeri, the truth is that the storytelling experience, however you participate in it, is a means to healing.

The title, Nayeri said, comes from a story in The Lord of the Rings, a book the young narrator is reading. When Gandalf has been presumed dead but returns as Gandalf the White, Samwise asks, “Is it true, Gandalf? Is everything sad going to become untrue?” Nayeri said that the narrator of his book is more presumptuous than Samwise and eventually becomes more hopeful. The author wanted to evoke the same hope in the reader, while also causing the reader to question every claim in the book from the beginning.

He hopes we will find the truth, and the hope, in the story for ourselves.