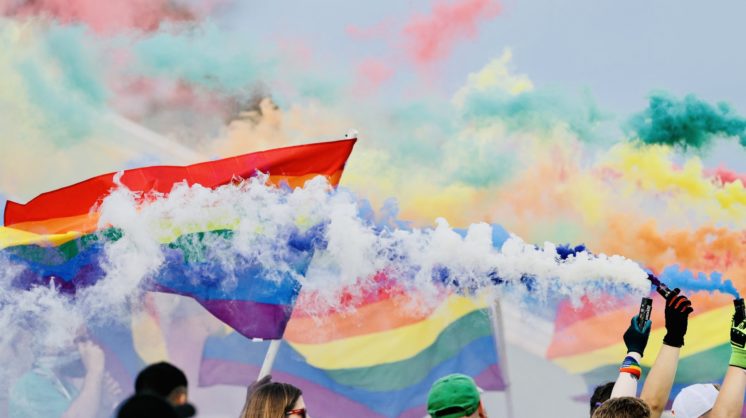 Oklahoma City’s Energy FC announced its partnership with OKC Pride for their upcoming match against Birmingham Legion FC on June 12th at 7:30 p.m. Despite Birmingham Legion scraping by with the final score of 1-0 earlier in the season, Energy FC is ready to take them on again with a home-field advantage, backed by the support of their fans while celebrating Pride Month. Billy Walton, Director of Marketing and Communications for Energy FC, said “We know that our support of the LGBTQIA2S+ community can’t stop on June 30. We, along with our league — USL — will continue to recognize the need for support of this community year-round. That is a goal we are dedicated to wholeheartedly.”

OKC’s Energy FC will compete against Birmingham Legion again for a chance to reclaim victory. The match will take place at the Taft Stadium in Oklahoma City. Upon entry, Energy FC is providing Pride koozies for any fans who come to support. Twenty percent of the proceeds from the game will go to OKC Pride, which directly benefits Oklahoma City’s Pride Alliance Festival. The festival begins June 25th. On top of this, Walton added that there is “a special ticket offer that gives $2 from each ticket sold back to the OKC Pride Alliance, as well as special limited edition Energy FC Pride shirts and scarves.”

Energy FC’s partnership with OKC Pride provides a huge advantage to allies and members of the LGBTQ+ community, as they are the only official sports team in Oklahoma that publicly supports pride. As a final recognition of the team’s support of Pride, Walton said, “Energy FC wants the LGBTQIA2S+ community to know that our matches are safe, welcoming, fun, and inclusive. We don’t want to be quiet about it either. This is a message to all that Energy FC stands on the side of inclusivity and love.”