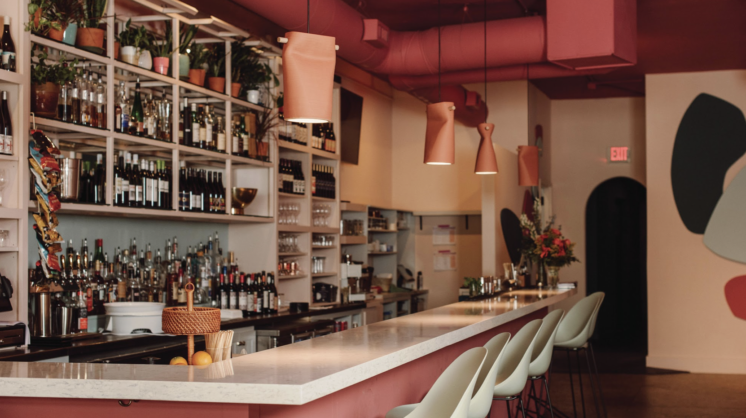 Lua located in the Plaza District

Governor Stitt signed the Oklahoma Cocktails To Go Act of 2021 on May 7. Originally HB 2122, the bill written by Rep. Marcus McEntire (R – Duncan) makes it legal for licensed establishments to sell pre-mixed cocktails or single-serve wines to go under specific conditions. The bill originally contained two provisions that were removed before reaching the governor’s desk: a sunset provision that would have had the law expiring in one year, and an emergency measure that would have made it effective immediately. Both provisions were removed before Gov. Stitt signed the bill. Given that, the law will be permanent when it goes into effect.

The law allows a server or license holder 21 or older to transfer a cocktail or single-serve wine to a customer via curbside or delivery so long as the beverage is in a rigid container fitted with a tamper-evident seal. (There are other rules related to labeling and placement in the vehicle.) Neither the ABLE Commission nor legislators have yet to determine which containers will and won’t be allowed.

“We’re going to have to write some rules about the containers,” Steven Barker said. He is ABLE’s deputy director and general counsel. “Obviously, the language in the bill was trying to avoid plastic or foam cups with a lid, but we’ll need more specifics going forward.”

One of the problematic questions is related to what would seem to be the most efficient method of selling and transporting, a can sealed with a Crowler Can Seamer, used by breweries to sell to-go beer from the taps. Thanks in large part to its association with breweries, which operate under a manufacturing license, the Crowler is not approved for use with a mixed beverage license. ABLE will need to look at that issue, since the machine can be adapted to seal single-serving cans for cocktails. Rep. McEntire has samples of several containers that would meet the law’s standards, but as of now, there is no official list.

ABLE has time to write rules, though, since the law will not go into effect until 30 days after the Oklahoma legislature adjourns. “That’s no later than May 28,” Rep. Forrest Bennett (D – OKC), who serves on the Alcohol, Tobacco, and Controlled Substances Committee, said. “We may get a budget deal, though, which means we could adjourn as early as next week.”

That means the law would go into effect between mid-August and August 26 this year, depending on adjournment. Under the provisions of the law, no one under 21 could sign for a drink, no third party services may deliver drinks, and age verification is required before transfer occurs. Transportation rules require that the drink be placed in the trunk or rear compartment of the vehicle outside the easy reach of the driver.