On Beyond Pho With an Asian Sensation - 405 Magazine 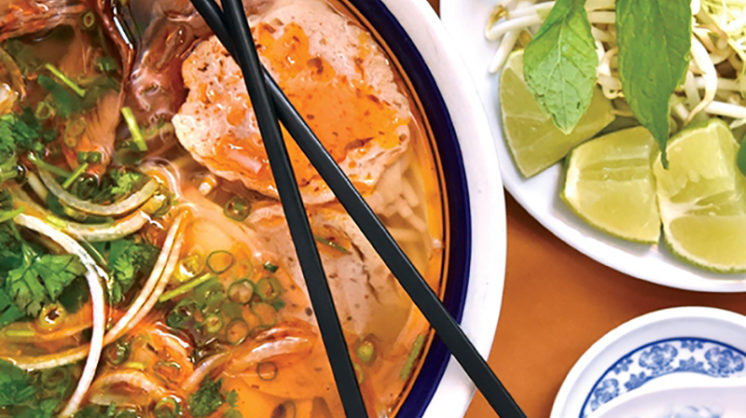 Take the time to read past the Pho section of the menu at a Vietnamese restaurant, and you will eventually come to the “Bun” section. Often referred to as Vermicelli bowls, Bun simply means noodles. The more authentic the restaurant, the more likely Bun Bo Hue (boon bah way) will be on the menu.

Loan Nguyen has been making the spicy broth dish named for the former Imperial City for about 40 years. She comes from southern Vietnam, a region she says has much more culinary diversity than the north. She and her husband Load own Pho Ca Dao (pronounced yow, not dow), and the recipe they use at the restaurant is the same one that Loan has used for four decades, including cooking for her family.

“The only thing that changes is how you season it after it’s cooked,” she says. “Everything is the same, and every cook has her own recipe to make bun bo hue.”

Like pho, the basic recipe varies little, but the variations beyond the basics – from spices to the color of the broth – are as numerous as the cooks who make it. The common elements are the broth made with beef and pork bones, onions, garlic, shrimp paste, lemon grass and the noodles, rice vermicelli about the same size as spaghetti. 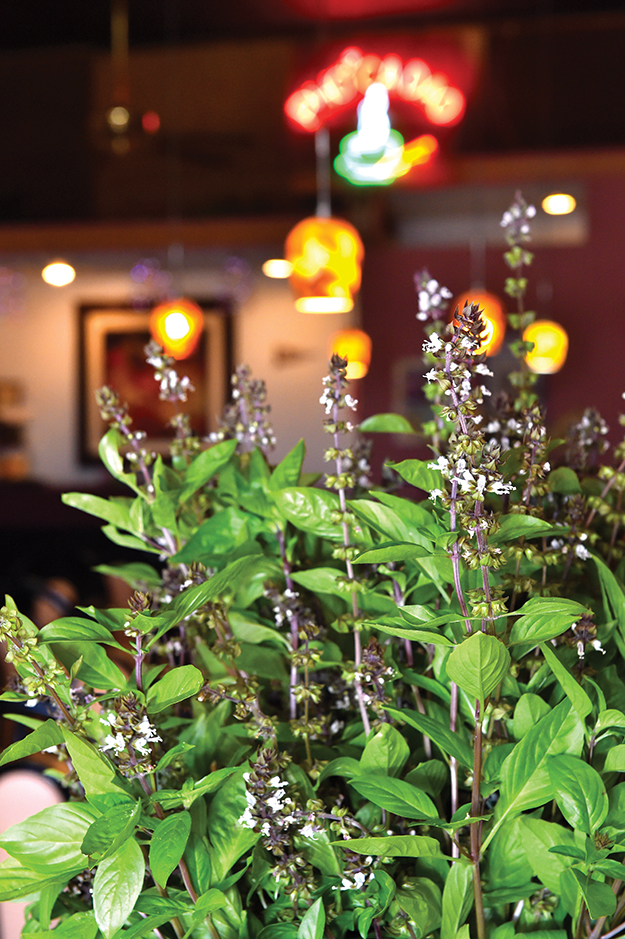 Bun bo hue usually contains at least two kinds of meat; Nguyen uses thinly sliced flank steak, pork and pork sausage. (By the way, other restaurants, including Pho Cuong, serve the soup with cubes of congealed pig blood. When the servers ask if you want your bun bo hue with everything, that’s a good thing to keep in mind.)

The spiciness can easily be adjusted by the addition of saté, a paste made from dried peppers, chili powder and minced garlic. Nguyen adds lemon grass to her saté, and she prefers to work with cayenne peppers. The paste is fiercely hot by itself, but its dilution in the broth makes it palatable and allows the diner to adjust the heat to personal preference. It should be noted that it was also delicious on the pork spring rolls.

Along with the saté, bun bo hue is served with mint, Thai basil, shredded cabbage, lime wedges and perilla – an herb in the mint family that amps up the soup’s aromatics considerably. (As with the saté, a little goes a long way.) Regular eaters of pho will know exactly how many variations are possible using the plate of additions, and the same is true of bun bo hue. The addition of meat and the richer broth make it heartier than pho, so it should be a natural for our cold Oklahoma winters.