One Piece of a Greater Whole - 405 Magazine 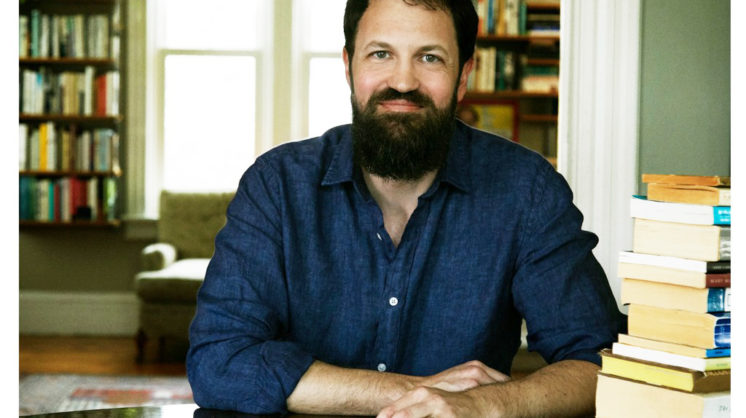 When Sam Anderson arrived in Oklahoma City in 2012, his task was both straightforward and exhilarating – at least for a sports fan. Anderson, the author of New York Times bestseller Boom Town, a history of Oklahoma City, was covering the NBA’s OKC Thunder for the New York Times Magazine. The Thunder was the most surprising story in sports, thanks in large part to the play of Kevin Durant, James Harden and Russell Westbrook, all three of whom would go on to be league MVPs, and at least for KD, an NBA champion. 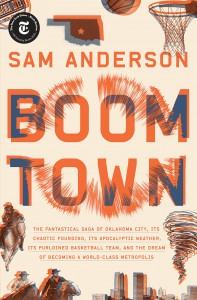 At the time, the Murrah Federal Building bombing was 17 years in the past, but Anderson would discover that the memories of the bombing and its aftermath were woven into a narrative about the Thunder, the growth of Oklahoma City and the history of a place that was more interesting than anyone could imagine.

Anderson talked with 405 Magazine about the 25th anniversary of the bombing, and his experience of the city and our people as it relates to that event.

405: What were your memories of the bombing before coming to Oklahoma City?

ANDERSON: I was in high school in California when it happened. I remember it as a big news story, but like every tragedy to which you are not connected, it seemed serious but abstract.

405: You talked to dozens of people involved with the bombing. Did you find it difficult to piece everything together from the various narratives?

ANDERSON: I think I’ve walked through the Memorial every day that I’ve been in Oklahoma City. You get a real strong sense of what happened there; it’s beautiful, and it feels like sacred space. The people who lived through it have pretty clear memories, too. The experience was so profound that the memories aren’t mythologized – people tend to build mythologies around big events, but the people I interviewed were clear and honest. I hate to generalize, but I think that kind of communication is a quality of the people of Oklahoma.

405: What’s the significance of a 25-year anniversary for an event like this?

ANDERSON: Collective memory is such a tricky thing. There are all these stories scattered among millions of people, so a big round number gives everyone the chance to reflect, to feel the feelings again, and to think about the questions. Ten is too close to the event, I think, so 25 feels like the first monumental number; there has been time to think and reflect and change.

405: You came here to write about the Thunder, but you ended up writing a whole book about the city. As an outsider, so to speak, how did the bombing fit into that history and what change did you notice?

ANDERSON: The bombing actually gains in scope when viewed from a historical perspective. I tried to take an overhead view, and when you do that, the impact of the event moves back and forth through time. In the structure of the book, the bombing comes very late, and that was intentional. I was tired of that dominating the conversation about Oklahoma City. It’s a complex place, and looking at that patch of ground throughout the history of the city made it so that when you get to the bombing, you really see what it meant to the people, the city and even the landscape of the city.

405: What surprised you about the aftermath 17 years later?

ANDERSON: The link between the bombing and the Thunder. It kept coming up in conversation. So often it was described as an antidote to the tragedy, or a sign of true healing. The bombing also sped up MAPS (Metropolitan Area Projects Plan initiative), I think. Positive things were already happening, but the bombing helped crystalize the need to move forward, and it highlighted the need to be together. In that sense, the development of the city meant so much more to the people because it was part of the hopeful response to the bombing.