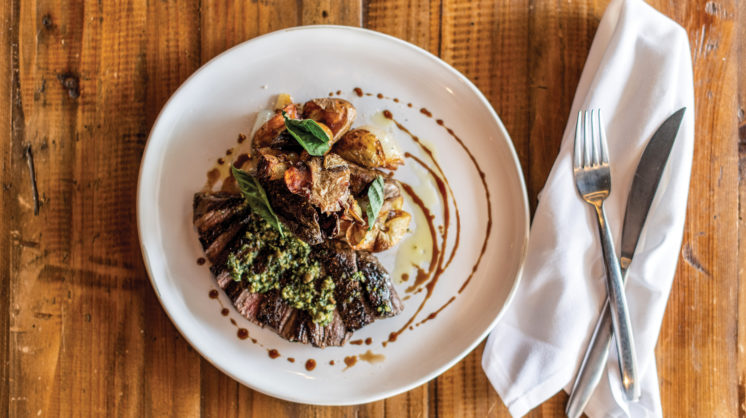 I still haven’t met Fabio. Not the blond slab of romance novel cover model – I haven’t met him either, but I care about that less – I mean Mr. Viviani, the Florentine cuisine expert with the cheerful grin who was the fan favorite on season 5 of “Top Chef” and who’s probably sick of being asked about scallops. He’s a genuine celebrity in the culinary world, and also happens to be one of the creative forces behind Osteria … which might help explain why the Italian restaurant was so crowded when it opened in Nichols Hills Plaza. Granted, it’s a small place (maximum occupancy 76), and people like trying new things, and the opening was around Christmas and its air of celebrations. But I walked in and asked for a table for two on a Tuesday night, and was asked if I’d like to come back in (checks software) two weeks. That kind of buzz seems like a good sign for a restaurant.

Viviani may provide star power, but that’s not the extent of his contribution. His partner, Jonathon Stranger, provides local cachet thanks to crowd favorite concepts En Croute and St. Mark’s Chop Room, and describes his partnership with Fabio as “about 50-50.”

“He’s in town about once a month,” Stranger says, adding with a laugh that, “We talk – well, enough to aggravate our wives.” And while the TV star lends his expertise to multiple restaurant concepts nationwide, this addition was not a snap decision. “It took three years from us saying yes to making this happen,” Stranger says. 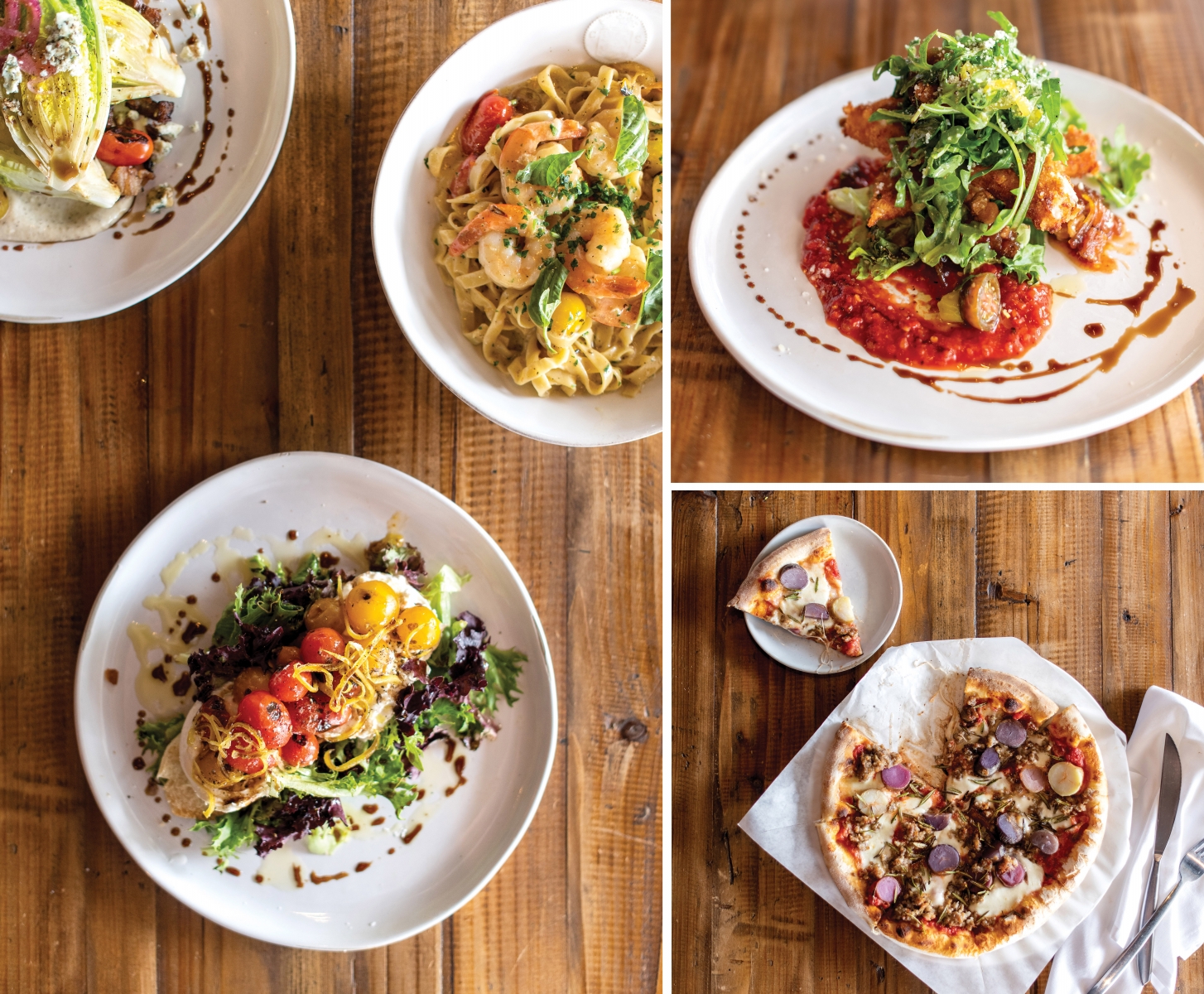 The result of their combined efforts is a small, bustling space with a casual feel, and a thoughtful spread of Italian influences on a menu that goes leaps and bounds beyond a plate of noodles with red sauce and a side Caesar salad. Start with the burrata crostino, with pops of flavor from candied lemon and balsamic vinegar to set off the cheese so soft and creamy it’s like a new state of matter. Or, speaking of cheese, their version of mozzarella sticks is big, crisply fried planks showered in arugula – so it sorta counts as a salad – and served with sweetly tangy arrabbiata confit.

The pizzas are Neapolitan style, cooked quickly in a ferociously hot oven for a tender crust with just a hint of crunch, and entrees range from chicken marsala to a dazzling lamb osso bucco to a simple but well-executed wagyu flank steak from Iron Horse Ranch, served with parmesan potatoes and a killer chimichurri.

On the other hand, you shouldn’t sleep on the pasta options, which include sublimely tender gnocchi, shrimp fettucine and my favorite: the Carbonara in a Jar. The server brings out a glass jar filled with strata of rigatoni, Brussels sprouts, morsels of pancetta and a sensationally rich parmesan cream sauce, seals it, shakes it vigorously and serves it – a completely delicious dish with a pleasant extra flourish, its only flaw is that it barely leaves room for a valedictory helping of lemon custard.

Plus, bear in mind that one of Stranger’s strengths is consistent menu adjustment, constantly tweaking them to make use of the best locally sourced ingredients and provide fresh seasonal flavors. The overall experience is more diverse now, too: In recent weeks, they’ve expanded to offer weekend brunch, weekday lunch and happy hour specials. So if you thought you’d try Osteria when it opened and then decided to let the fervor die down a little, now’s a perfect time to head over to Nichols Hills Plaza and sample some cucina bellissima.