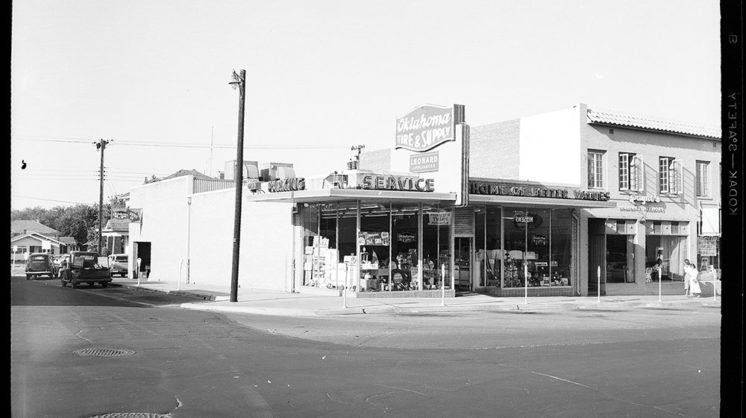 A generation of Oklahomans grew up shopping in stores such as TG&Y and Anthony’s – Sooner State-based originals that were distinctive, convenient and successful. Another frequent stop that fit into that category was Oklahoma Tire and Supply Company, or as it was more commonly known, OTASCO.

OTASCO was, in a sense, the Home Depot of its day. Although generally smaller and more compact, it had everything the discerning mid-century shopper might need. From the namesake tires and auto parts to appliances and even household items, the local OTASCO was a hub of activity.

For large appliances, the “Detroit Jewel” was the chosen all-in-one stove/oven combination for housewives of the day, and made preparing the evening meal a (comparative) breeze. Teenagers often bought their first record players, the “Montclair” model, from OTASCO, while toddlers enjoyed being pulled in their very own Flying O red wagons.

“We went to the Moore location all the time,” says Oklahoma City resident Bruce Hall. “My dad loved it. They had large glass windows so you could look and see what was inside, and the store was always clean and orderly. I have such good memories of those days. I think my brother and I got our first bicycles there.”

The first OTASCO store was founded a century ago in 1918 by three Jewish Lithuanian immigrant brothers: Sam, Maurice and Herman Sanditen. They opened their first store in Okmulgee, and by the late 1960s, more than 400 OTASCO stores were scattered throughout 12 states.

Eventually, the brothers sold the chain to the McCrory Corporation – the same company that later owned TG&Y. In 1984, OTASCO employees bought 100 percent of the stock, creating what was then one of the largest employee-owned companies in the United States.

But retail trends already were changing with the times, and the company filed for bankruptcy in 1988.

“It was really kind of sad to see OTASCO go away,” Hall says. “Large warehouse stores like Home Depot and Lowe’s are great, but nothing can compare to the memories of those days. I always liked going there with my dad. The merchandise was always put together well, and it was easy to find what you needed. We can’t go back, but it sure is fun to remember.”