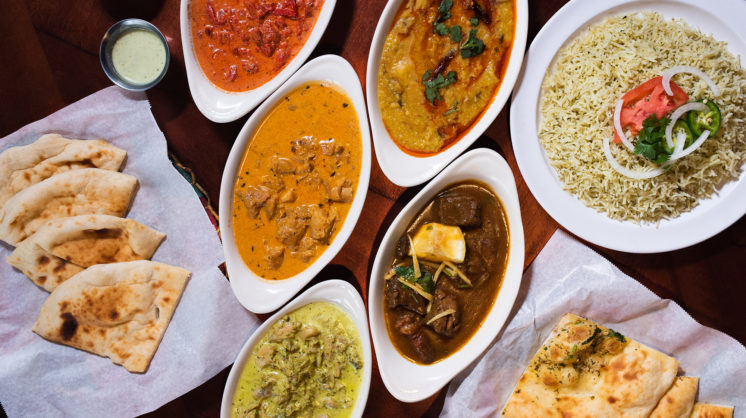 That Sheesh Mahal sits near the top of the delicious food pantheon in Oklahoma City is not even a matter of debate for the city’s culinary cognoscenti. Simply post a picture of anything from this N. May Avenue eatery on social media, and the chorus of praises for the food will follow quickly. Many in that chorus will be respected chefs.

When Sheesh Mahal (“crystal palace” in the Urdu language) opened in the old Zorba’s location in 2013, many in the city’s religious communities took notice that they advertised halal food front and center. Halal – Arabic for permitted – is similar to Judaism’s kosher dietary rules. How would a restaurant that featured not Indian but Pakistani food and led with halal standards perform in OKC?

The success of a restaurant often has more to do with unpredictable factors than with what’s happening inside the building. Examples abound of restaurants with excellent food shuttering while the concept down the street thrives in spite of average fare. Sheesh Mahal had everything required for success inside the building: excellent food, great service, a patient and helpful staff and a history as a building with another successful restaurant (that one is more important than people often realize).

Owner Naeem Ahmed attributes some of his early success to three factors: his experience running a catering business prior to opening the restaurant, a positive review within the first six months from a local newspaper and the support of medical professionals in OKC, especially doctors from Pakistan.

“Many people ‘forced’ us to open up,” Ahmed says with a laugh. “The doctors hosted parties, used our catering and spread the word about our food by word of mouth. The transition from catering to restaurant took about four years.” 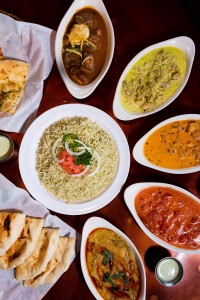 Offering Pakistani cuisine in a city primarily familiar with Indian food via buffets seemed a big risk in 2013. (Pakistan was part of India until 1947, so there is a great deal of similarity in styles of food.) Even now, with all their success, regular diners would have a hard time telling the difference. The restaurant serves Nihari, an uber-traditional beef dish from Pakistan, but the menu also has items such as naan and butter chicken that are typically associated with Indian food.

That last bit has been important for their success, too. (Quick definition: Desi – A person from the Indian subcontinent, including Pakistan. From the Sanskrit word for “country.”) When non-Desis dined in the restaurant, Ahmed and his team would quiz them on their experience.

“We tweaked some of the dishes based on what they told us,” Ahmed says. “You could say that Sheesh Mahal is Pakistani food with American input.”

Call it what you like; it’s delicious. The Nihari isn’t as well known as the dal dishes (lentil-based) or the curries, but given Oklahoma’s love affair with beef, it should be. Tender, slow-cooked beef in a savory stew redolent with more than a dozen spices and herbs, it’s perfect with or without rice, but you’ll definitely want naan or paratha to soak up the sauce.

Green chicken, a stunning dish made with cilantro and garlic in a cream sauce, also deserves more fame across the city. The chicken tikka is purposefully done differently than elsewhere in OKC; it’s more soupy and served with Masala (a spice blend – think za’atar or herbs de Provence) rice. There are plenty of flavorful vegetarian options, too, including dal, aloo gobi (potatoes and cauliflower) and rice dishes.

Ahmed recommends just asking about dishes if diners are unfamiliar with the style. “I usually ask what they like, beginning with proteins,” he says. “Then I just talk about their options and recommend some dishes.”

Familiarity is also a good way to start. Recognizing a dish like butter chicken or chicken tikka makes ordering easier, and it introduces new diners to the differences in style, techniques and seasonings that shape Pakistani cuisine. And whatever you choose, don’t be surprised if it prompts a return trip.