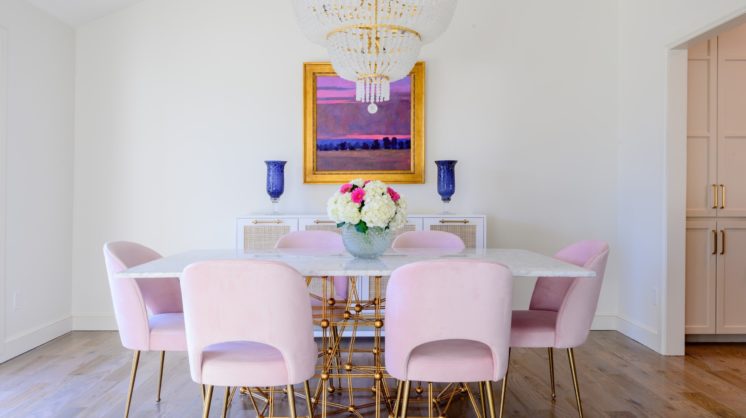 From their newly finished homes to their longtime friendship to their wallpaper design business, Kristen Bohanon and Sarah Geiger have lives filled with a lot of bright colors. The two have been friends for years, and spent a lot of time together when their children were little, dreaming up business ideas. Early on, they designed and sold custom embroidered children’s dresses and T-shirts.

“We had our babies together, we were best friends … then our kids got older, and we were doing lots of lunches and lots of laying out by the pool,” Geiger says. They decided that they could sit around and drink Sonic cokes and coffee, or actually do something. Both loved to decorate, and they both loved wallpaper. And so, KASA Wallpaper Studio was born. 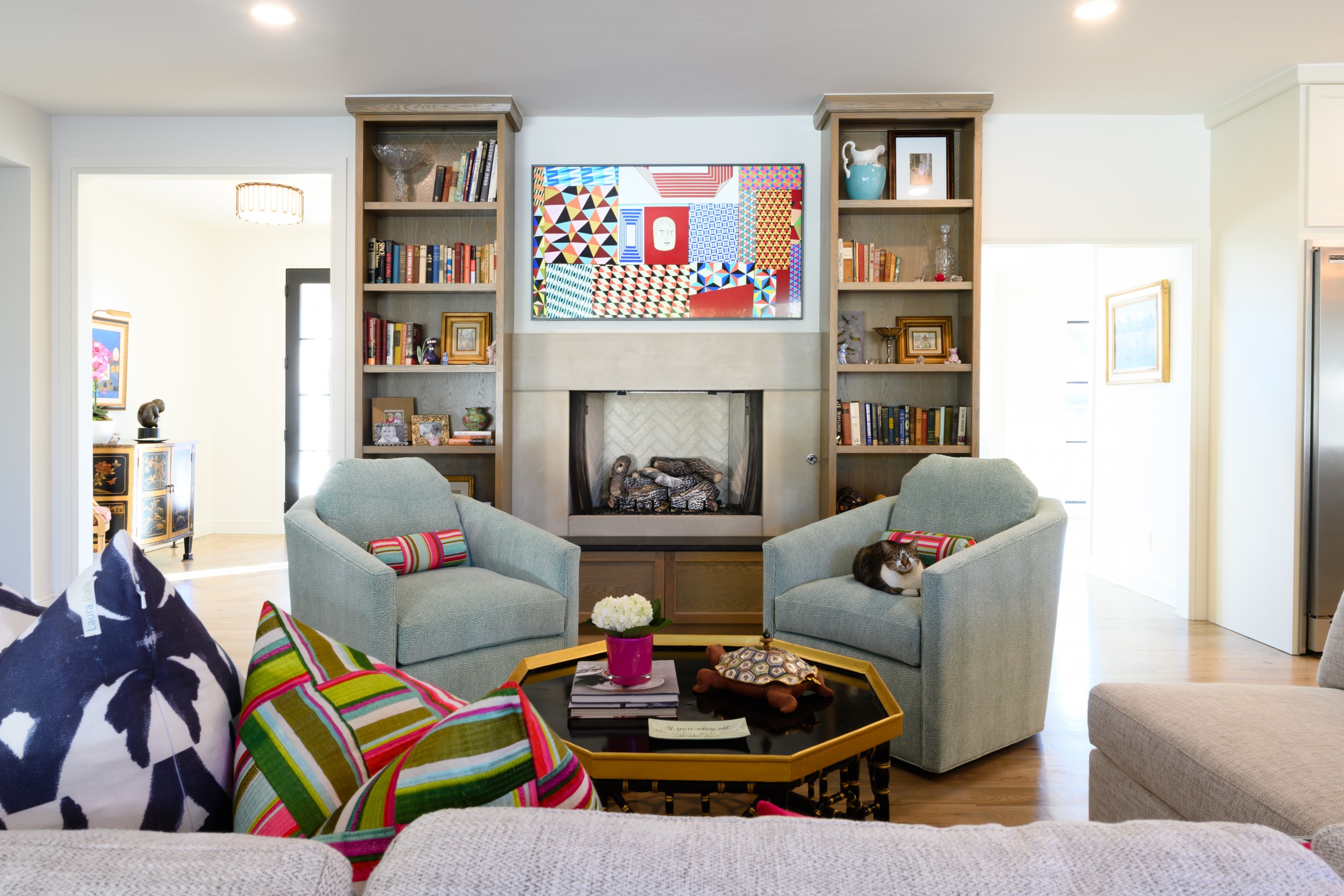 It’s a boutique wallpaper shop located in the back of The Howell Gallery at 6432 N Western in Nichols Hills. The two friends curate their favorite wallpapers and help people use it to make their homes beautiful. There aren’t many other shops like theirs, Bohanon said. 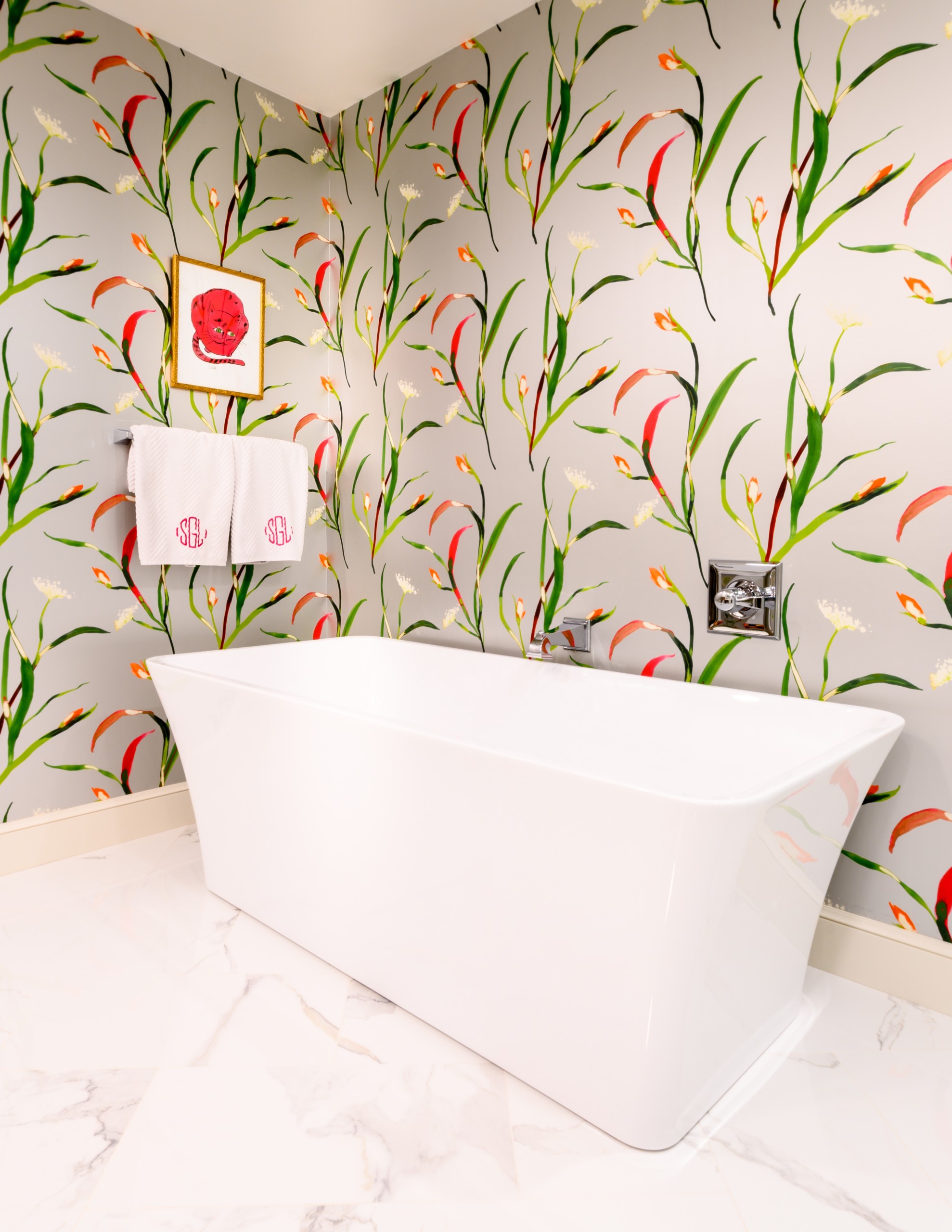 Bohanon, an interior designer, used to work for the interior design part of Howell’s business, and much of the art in both of their newly remodeled/built homes came from the gallery. Geiger’s background is in communications and retail. 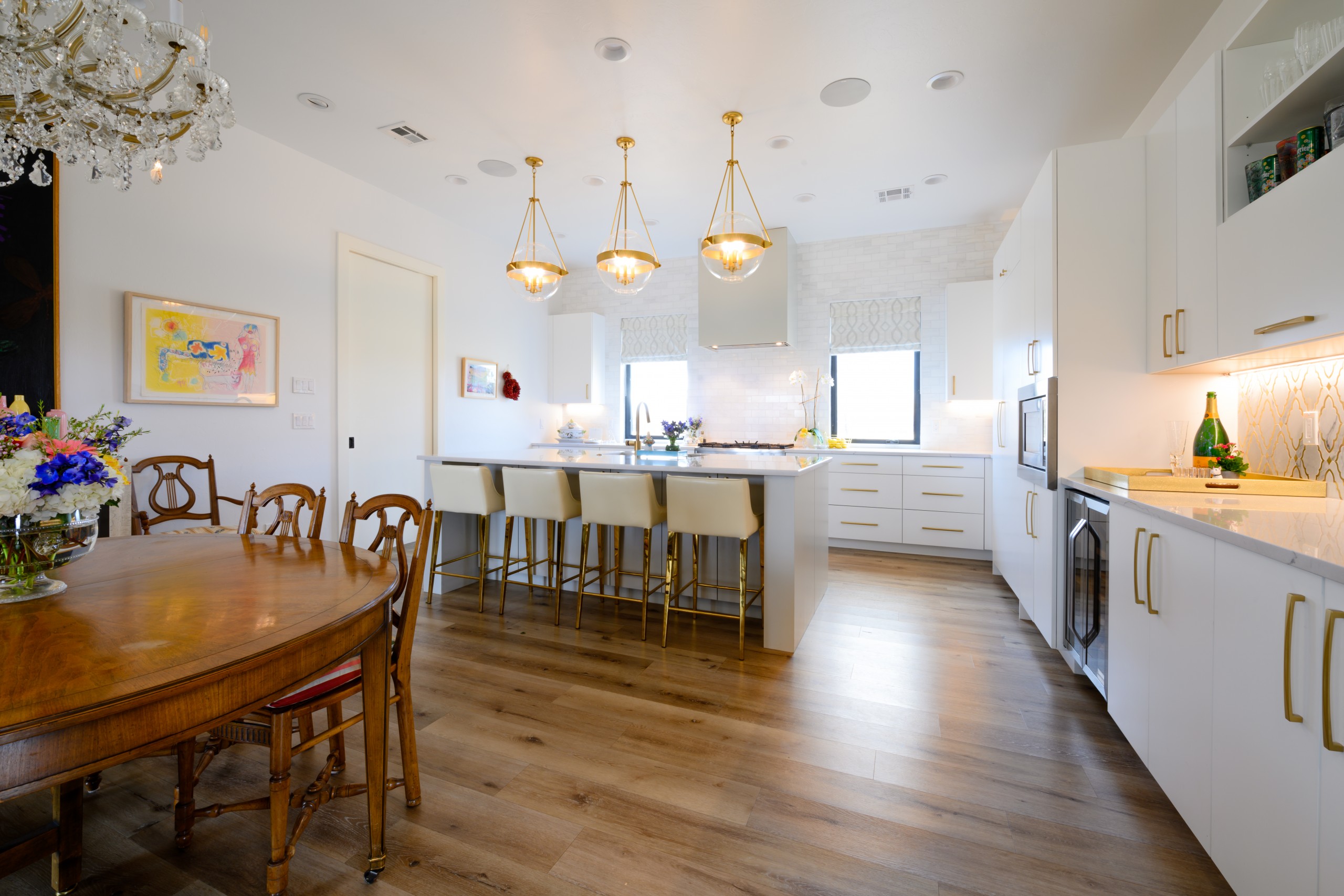 In spite of the pandemic, KASA has stayed busy in the last year as more people have turned to home projects.

“People are sitting in their homes and doing a lot of home improvements right now. I know that’s a thing all across the board,” Bohanon says. “Luckily, that includes wallpaper, too.” 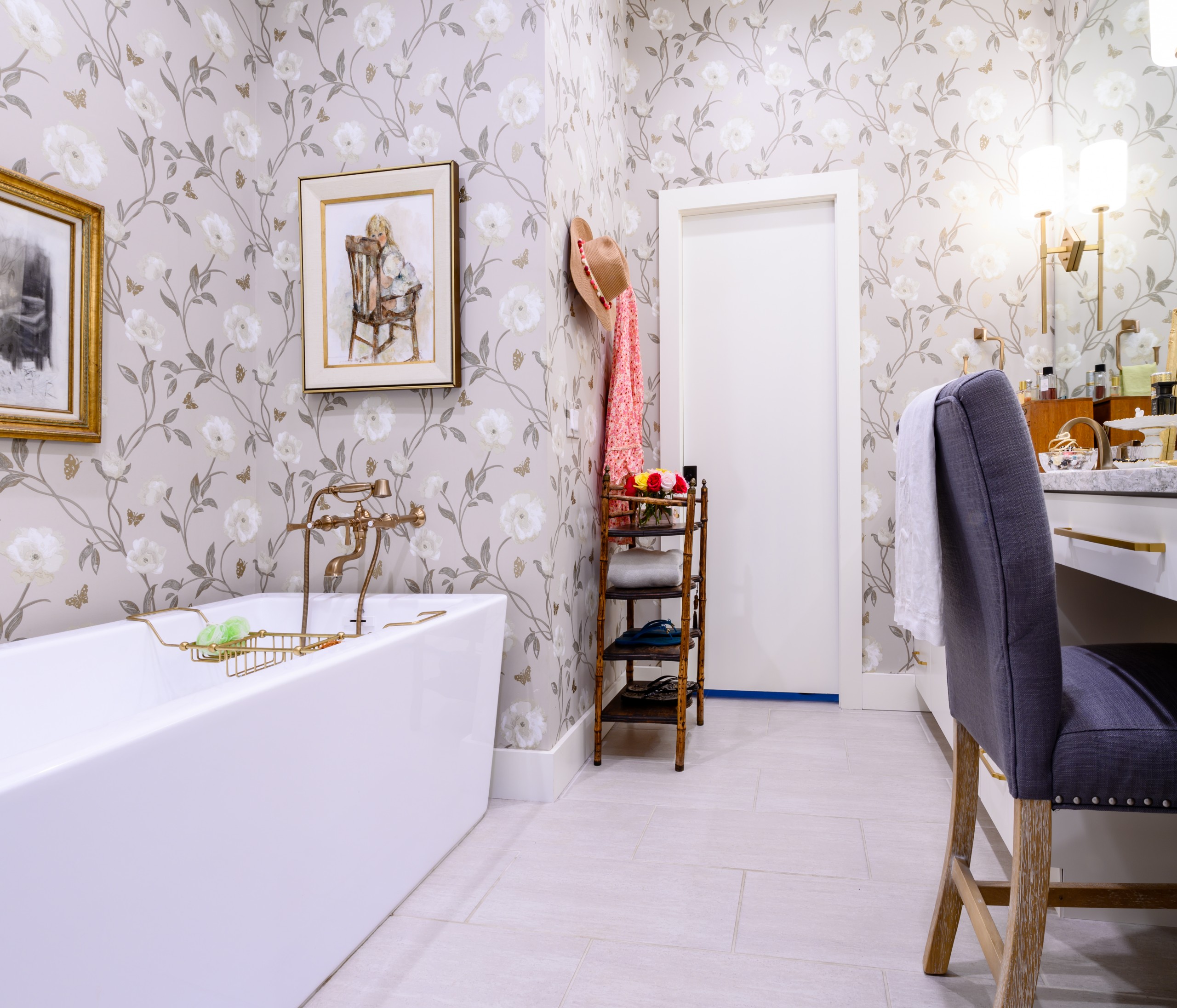 The ladies have used wallpapers in their own homes to add splashes of color in certain spaces. Both have recently downsized, as their children are grown and/or nearly grown, and moved into inviting homes to which they added their own colorful touches. The Geigers’ youngest, Sydney, 18, is a high school senior; their oldest, Chris, is 22. The Bohanons are now basically empty nesters as their son Andrew is 22 and daughter Ellie is 19 and in college. 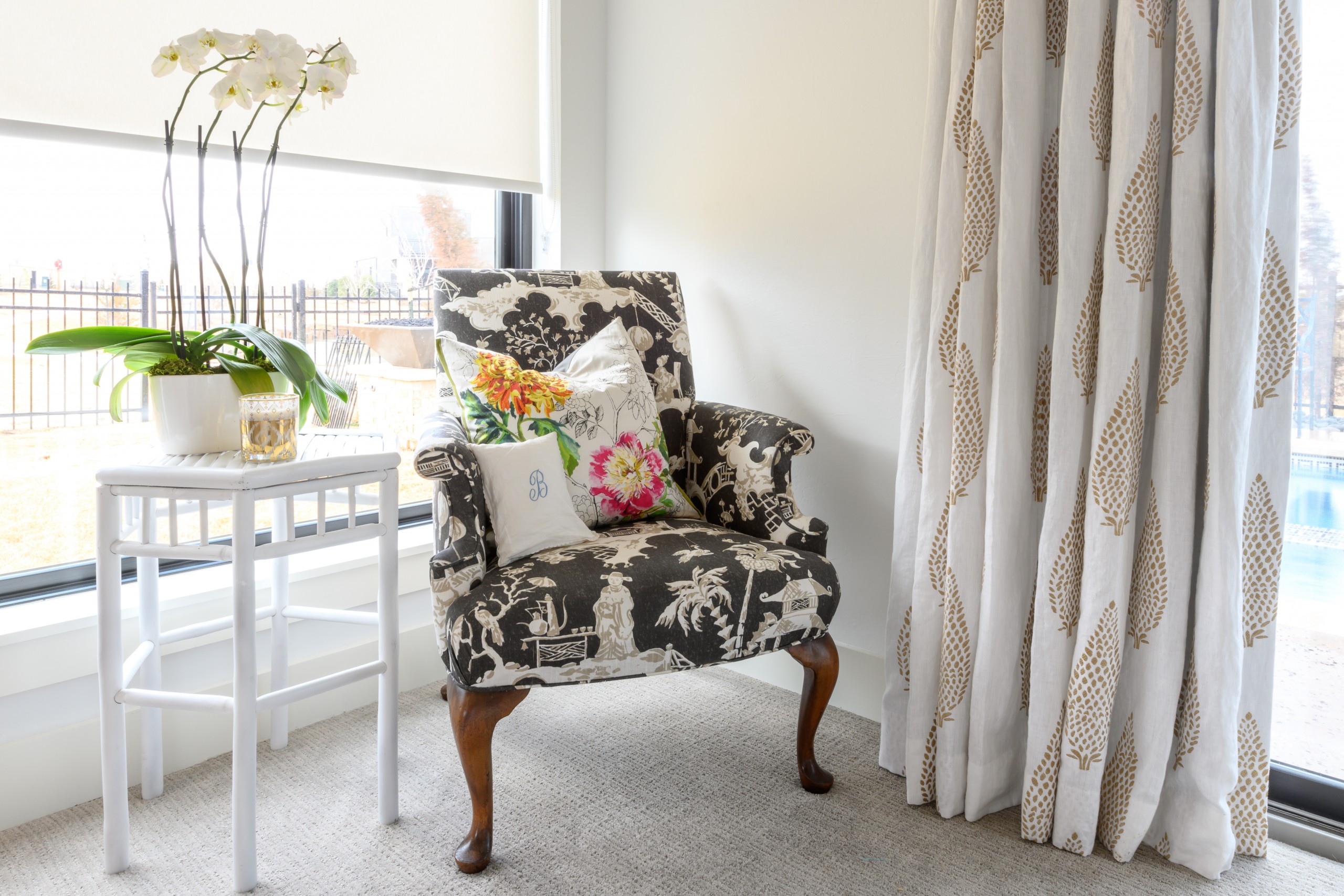 In decorating, both Geiger and Bohanon used a mix of old and new furniture and collectibles, some pieces holding sentimental value as once belonging to family members and others adding a striking contemporary look. Both have cheery art on display throughout their homes.

For the last two years, the Bohanons have lived in a newly built, 3,200-square-foot home in Wilshire Point, a new housing project that Kristen Bohanon’s husband, David Bohanon of Blackstone Commercial Property Advisors, developed along with Johnston Builders and John Parsons’ CC Capital. This group, calling itself Burlington Crossing LLC, worked together on this gated community of private homes at NW 72nd and Classen Boulevard. Bohanon decorated their home herself.

As the Bohanons built a home on a zero lot line, they kept in mind what they wanted with each square foot. As a result, the home is more functional than the larger one they moved out of.

“We live in every part of it. There’s no wasted space,” Bohanon says.

Sarah and her husband Bryan Geiger live in a 3,200-square-foot Nichols Hills home that they owned years ago, when their children were babies. The family moved because they needed more space, and Sarah’s mother, Lynn Clarke, moved in from Shawnee, living there until she died in 2016. After renting it to a friend for a few years, the Geigers have remodeled, added on and moved back in. They collaborated with close friends Kent Stanford and James Staggs of Stanford Remodel, and Bohanon, on the design and decorating. 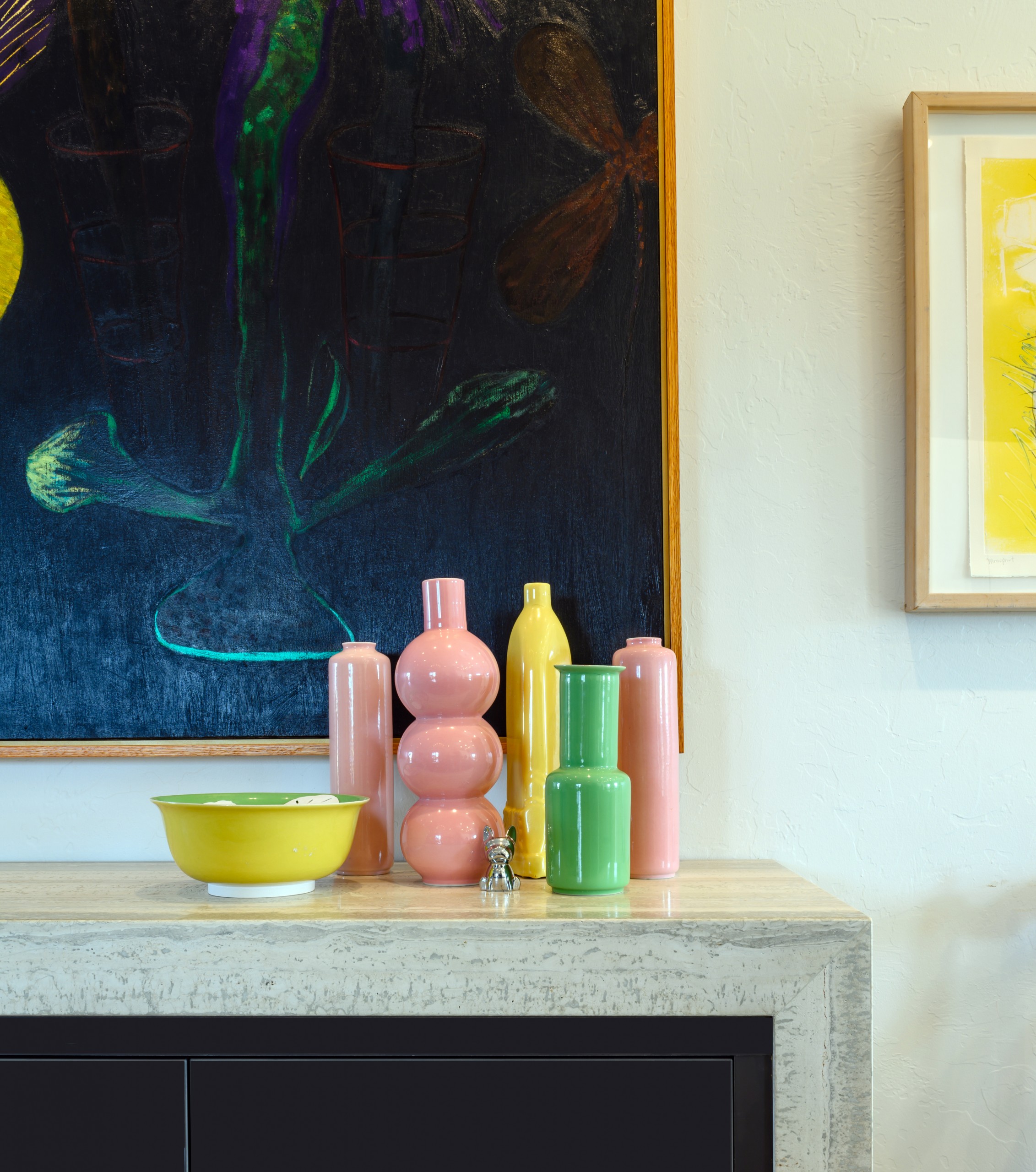 “I love it because even though it’s a totally different house, it always had great bones. I can still feel my mom here. I know she’s here. I know she loved watching this process,” Geiger says. Her mom was the grandmother that everyone loved, so Sarah’s own kids and their friends spent a lot of time there, as well.

As Geiger and Bohanon talk about each other, their homes and how their wallpaper business started and grew, it’s easy to tell how much laughter and fun memories they share between them. 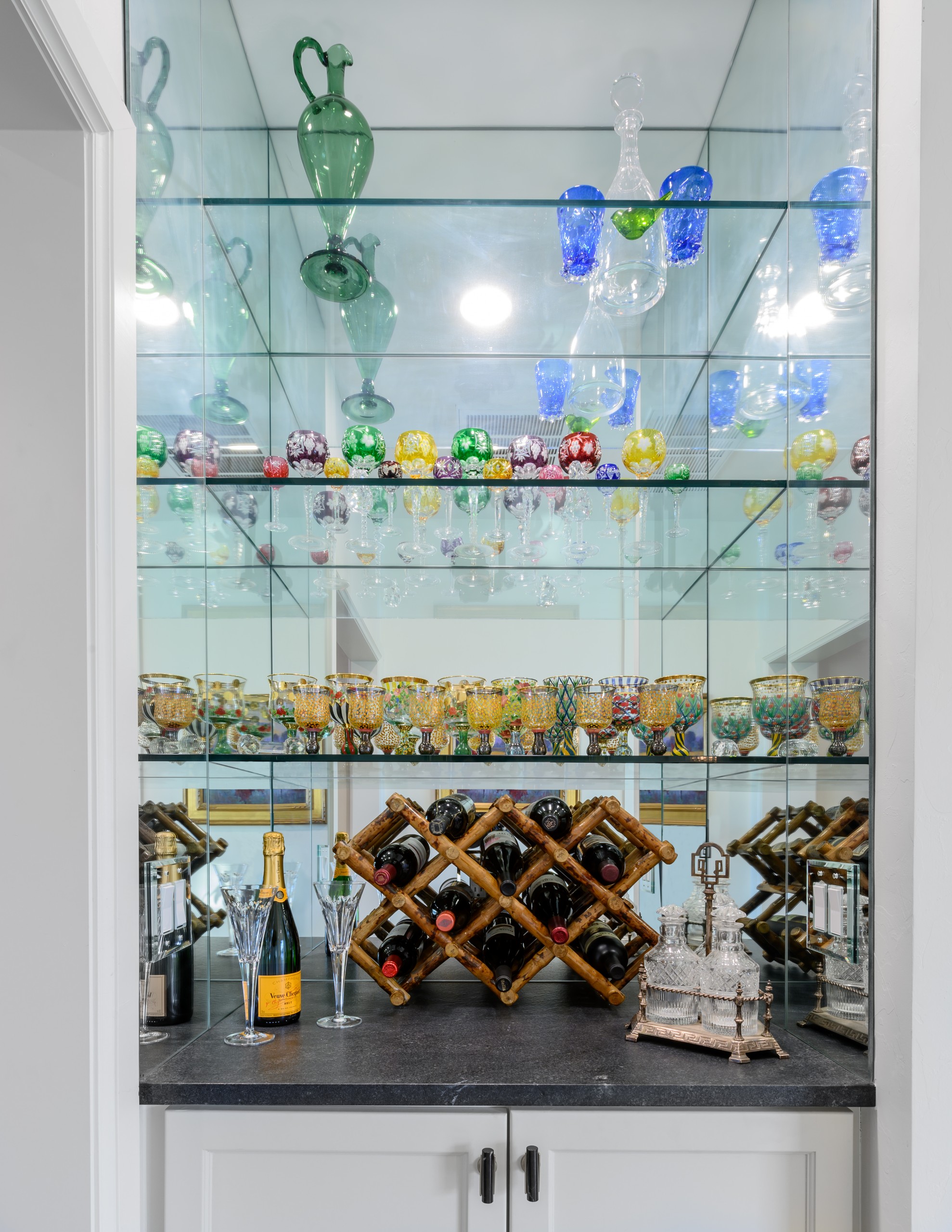 Geiger said the KAS in KASA stands for Kristen And Sarah … and the second A they’re not sure about.

Bohanon added that moving into the Howell Gallery has been a fun marriage between art and design.

“It was a perfect opportunity,” she said. “We call it our popup shop.”