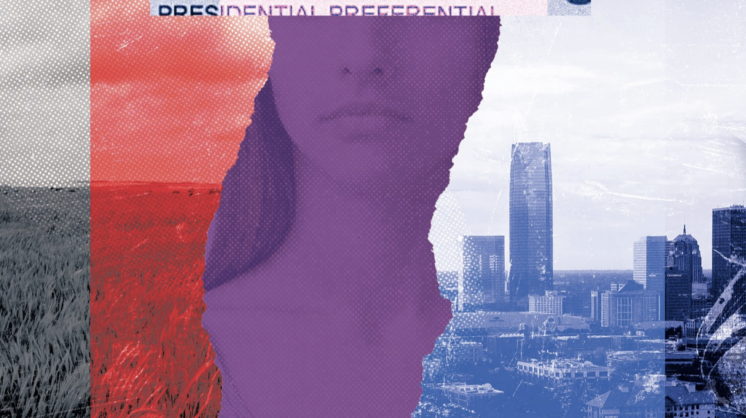 On Nov. 6, 2018, Oklahomans cast votes for who would become the state’s 28th governor. Mayor David Holt and his special assistant, J.D. Baker, were carefully studying the returns in Oklahoma City, which dominates Oklahoma County as well as the 5th Congressional District. What they witnessed was a nearly seismic shift in voting preferences and a gulf between urban and rural voting.

“Drew Edmondson defeated Kevin Stitt by 12 points,” says Holt, a Republican. “So yes, [Oklahoma City] is very much purple. Now, I suspect the margin won’t be that wide for the Democrat in November of this year, but nevertheless, the city is obviously becoming a potential foundation for a more Democratic future for the state.”

Given that Stitt has served as Oklahoma’s governor for nearly two years, there is obviously much to divine from an urban landslide that was not replicated at all in the rest of the state. In fact, when the polls closed throughout Oklahoma, Stitt flipped that statistic. Rural voters sided overwhelmingly with the Republican candidate, giving him a 12-point victory over the former Oklahoma attorney general. Still, Holt said he believes the state overall will eventually trend purple. It could just take a while.

The mayor looks to what has become conventional wisdom in political polling regarding the Sooner State: In general, Oklahoma trendlines are roughly 10 years behind Texas. 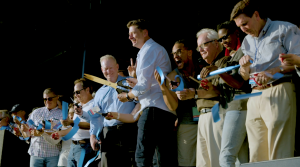 “They went really Republican about 10 years before we did,” Holt says. “And you know, now they’re kind of at a tipping point. And even if it isn’t this election, it’s obvious that Texas is going to go more reliably Democratic and in statewide elections, probably in two years, four years, six years. That urbanized vote will eventually mean something and have a critical mass here in Oklahoma, 10 or 15 years from now.”

Being enamored of rugged individualism, Oklahoma will not go where it does not want to go. Again, during the June 30 vote on State Question 802 – which provided for Medicaid expansion as of July 1, 2021 – 70 of 77 Oklahoma counties voted against the measure, which is expected to have a positive impact on rural health care in a state where medical care is harder to access outside of urban centers. Those 70 counties were rural, but due to overwhelming popularity in the state’s more “purple” areas, Oklahoma narrowly passed SQ 802.

JR Day, a pollster who operates OkiePolls, said he sees this replicating trend as evidence that the tectonic plates of Oklahoma voting trends are shifting, due in part to changes in who is voting and where they are voting. Some of this reflects a rural-to-urban diaspora that has accelerated in the past 30 years.

“I think so much of this can be attributed to work that Oklahoma City and Tulsa have done to create an attractive area for younger, more progressive-oriented individuals,” Day says. “One walk on NW 16th Street on a Friday night will show the dynamics of a changing OKC. Many of those voters aren’t from OKC originally, either, as they have migrated from rural outposts around the state. As time goes on, I think there begins to be a bit of a cascade effect here, where the cities get bluer and bluer and the rural areas get redder and redder.

“You have demographic trends that suggest – in the present for Oklahoma County or in the future 10 or so years for Tulsa County – that while the rest of the state’s demographics favor conservative voting choices, the cities and suburbs have and will continue to become overwhelmingly friendly to Democratic and more liberal ideas and candidates,” he adds. “The long-term – and I mean very long-term – concern for the GOP is if and when OKC and Tulsa have enough weight and lean blue enough to really begin to make statewide races competitive again.”

For Democratic U.S. Rep. Kendra Horn of the state’s 5th Congressional District, who is currently facing a Republican challenge from State Sen. Stephanie Bice, that seemingly evident break in voting habits between city and rural voters does not accomplish much in understanding the needs and desires of Oklahomans. She said that the 2004 Thomas Frank book What’s the Matter with Kansas? did not result in any kind of conversion in values. While Oklahoma’s neighbor to the north is experiencing its own changing trend lines – Kansas elected a Democratic governor, Laura Kelly, in 2018 – actual needs and values do not usually change at the same rate as demographics. Horn points to values such as education, healthcare and employment as areas of concern where all Oklahomans converge. They just differ in how to improve those areas.

“I don’t think it is productive to discuss the politics of an urban and rural divide,” Horn says. “It is far more valuable to address the issues affecting Oklahomans, whether they live in the city or in rural areas, and to cross party lines to find solutions.”

Horn’s concern about dividing Oklahoma’s populations against themselves is rooted in truths about whether Oklahomans believe that anyone is actually listening to them. Mickey Edwards, who represented Horn’s district from 1977 to 1993 and is currently teaching at Princeton University’s School of Public and International Affairs, has built much of his post-Congressional career on understanding the internal and external factors that affect voting behavior. One key factor in understanding how Oklahoma behaves at the polling place is a sense of being ignored, Edwards said.

“You know, a lot of Oklahoma’s rural, and a lot of Oklahoma is very small towns, and so the benefits of globalization were being felt more in New York and Philadelphia and San Francisco than they were in a place like Oklahoma,” says Edwards, who also serves as Vice President of the Aspen Institute and counts both Bice and Democratic vice presidential candidate Kamala Harris as students. “And so, I think a lot of people in Oklahoma started thinking, ‘This isn’t working for us; we need to find a way to make sure that our children are going to have good jobs, and that we’re going to be upwardly mobile – if not us, then our children and our grandchildren.’”

The result, Edwards said, was a rush toward the populist message of President Donald Trump, who never held public office before entering the 2016 presidential race. He understands the problem: In terms of infrastructure, technological development, education and other important issues, rural Oklahoma has not appreciatively advanced in its standard of living in the past three decades. Edwards said this allowed Trump’s political stance to resonate with such voters.

“If you look at the way conservatives expressed their conservatism in 1980 compared to today, which almost seems to be, ‘Whatever the president says is right, and if tomorrow he reverses himself and comes out for the exact opposite, then we’re for that,’ I think that there is a danger of losing your principles,” says Edwards, a Republican who chose not to support Trump in 2016. “You either believe in free trade, which is what we always believed in, or you believe in tariffs, which were always what the Democrats believed in. Now we believe in them. We believed in a strong Congress to be a check against a president who was acting like the king. Now, it’s the opposite.”

U.S. Rep. Tom Cole, a former Republican strategist who now represents Oklahoma’s 4th Congressional District, said he still sees a lot of conservatism in his district, and that is rooted in some economic and ideological needs. He points to Oklahoma’s five major military installations and places such as the National Weather Center in Norman as evidence of enormous federal presence. Cole, a member of the Chickasaw Nation that makes up much of his district, also points to the responsibility the federal government has toward Native American tribes and maintaining a jurisdictional balance – concerns that he believes lean toward conservatism.

That alignment means that, while Libertarian and independent candidates routinely stake out single-digit results in Oklahoma elections, a rise in independence from the Republican and Democratic orthodoxies is unlikely to take hold soon in the state. Holt said it might take generations for that to happen.

“It feels impossible right now,” Holt says. “I mean, it’s always seemed like it’s far New England where that’s ever worked, but everywhere else they want to see a normal party after your name. But I don’t know. I think if there was ever a time that people are frustrated with the polarization and the parties, this is it and it could be in the future. It’s not imminent, but I always think that’s a possible trend.”