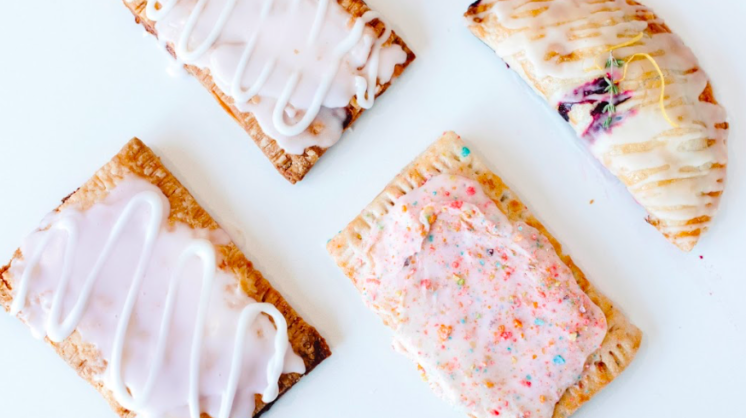 One of the easiest ways to settle the old Pop-Tart vs. Toaster Strudel feud from childhood is to make stops at Stitch Cafe and The Market at Commonplace, where you’ll find grown-up versions of both.

Daniela Cooper of Coop.Cake is the baker behind the hand pies at the Market, and they’re definitely a bit of an homage to the toaster pastries of her childhood – with the added ingredient of formal pastry training in San Francisco.

“We worked on them in school,” Cooper says. “It was our introduction to laminating, and I got the idea of this version doing plated desserts in San Francisco.” 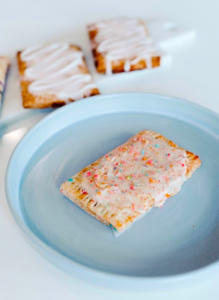 Many Oklahomans grew up with the style offered by Arbuckle Fried Pies: a circle of biscuit-like dough, filled with a dollop of jam, folded over to a half-moon shape with the edges crimped. The pie was then placed into hot grease, and out came a fresh fried pie, perfect for dessert and super inexpensive. But hand pies are popular in nearly every culture, and not just sweet; savory as well.

At Stitch, Chad Grubbs still offers both sweet and savory in a pop-tart style that he used to make at Okay Yeah before moving to West Village.

“It’s a nostalgia thing, for sure,” he says. “I used to throw a Pop-Tart in my backpack on the way to school.”

The strawberry-prickly, made with strawberry and prickly pear jam, is still a best-seller, and rightly so: It’s sweet without being cloying, and sprinkles aside, it’s an adult indulgence. On the savory side, the chorizo, egg and cheese is one of the best, most portable breakfasts in the urban core. As is the bacon, egg and cheese. Like their pop-tart inspirations, the dough is denser than Cooper’s, but it’s what we expect from a pop-tart style.

“We make the dough fresh every day,” Grubbs says, “and our menu is divided down the middle between tarts (as Stitch calls them) and tacos. Tarts outsell the tacos, which have house-made tortillas, about 60-40.”

Elena Farrar makes the traditional Oklahoma-style hand pies at Elemental Coffee, and she, too, opts for sweet and savory. Like all her food, flavor combinations definitely lean toward the complex side of the spectrum. The blueberry, lemon and thyme sells so fast she has to text certain special regulars when they’re available. Ham and Gruyere is another popular option.

“They’re definitely comfort food, and they’re part of our childhood,” Farrar says. “I just wanted to make some that are a bit more grown-up, with flavor combinations I like personally.”

Elemental and The Market at Commonplace have the hand pies irregularly, although Cooper usually puts some out most days at the Market. Her business is still in the formative stage; she does most everything via Coop.Cake on Instagram, and she’s using customer input as market research. Stitch has all its tarts available daily.