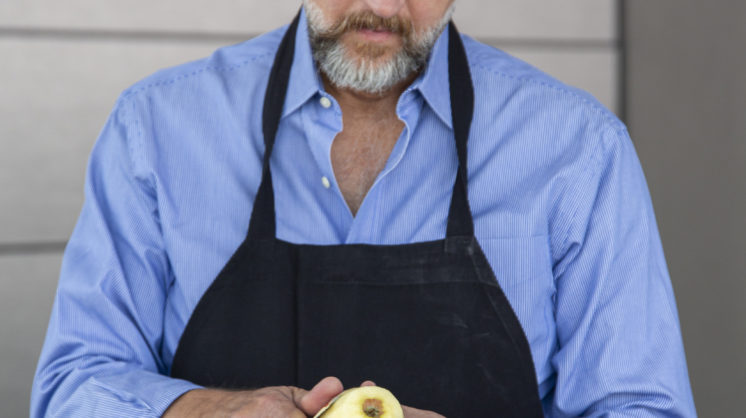 Chefs collect knives like kids collect favorite toy sets. While it’s not exactly an obsession, it can come close – and that is to be expected, since the knife is the principal tool and symbol with which their craft is associated. For home cooks, the world of knives is usually limited to whatever varieties come in a set at a department or specialty store, or specific knives they see on favorite cooking shows. Every chef, it seems, has a favorite. For Chef Kurt Fleischfresser, there is one indispensable knife: “When I travel and I know I’ll be cooking, I always take a bird’s beak paring knife with me.”

The paring knife seems to have fallen off in popularity since the latter part of the 20th century. Okie cooking from at least the Depression forward relied heavily on this little workhorse: peeling, slicing, seed removal, excising blemishes, etc. The paring knife was the home cook’s faithful go-to in the drawer. Perhaps cooking shows and rockstar chefs have helped with its demise … but Fleischfresser never gave up on it.

As part of their graduation gift from Chef Kurt’s apprenticeship program at the Coach House – a program that trained more than 40 future skilled professionals – new chefs would each receive a bird’s beak paring knife. They were widely used in the program, as well. “The basic kit is paring knife, French knife and utility knife,” Fleischfresser says. “Every chef should have those in the knife bag. But it seems younger chefs are using bigger knives, often too big for the job at hand.”

In the kitchen, it’s a big mistake to use the wrong size knife, according to Fleischfresser. Each knife has a practical application; it’s designed for a specific purpose of set of tasks. The French knife is big, flashy, even threatening if you grew up on slasher films, and it is perfectly designed for chopping and mincing. On the other hand, it’s far less useful for peeling and blemish removal. For those smaller tasks, it’s ungainly, inefficient. “The smaller size gives you better control for tasks that are done in-hand,” Fleischfresser says. “You don’t use a paring knife on a chopping board; it’s for tasks you do while holding the products, so control and precision are important.”

The small size makes the paring knife easy to keep near to hand, and the number of prep-related tasks it can handle is amazing – anything from peeling fruit to destemming peppers, slicing onions, removing mushroom caps and gouging out potato eyes. The bird-beak shape gives additional control when peeling, and the sharper point makes seed removal easier, so Fleischfresser prefers it to the straight blade. The bird’s beak paring knife runs from about $9 to as much as you’d care to pay, with good quality models available in the $40-$70 range. Use a standard stone to sharpen, but be prepared for a little extra practice to get good at it due to the curved shape. Next stop, paring perfection.