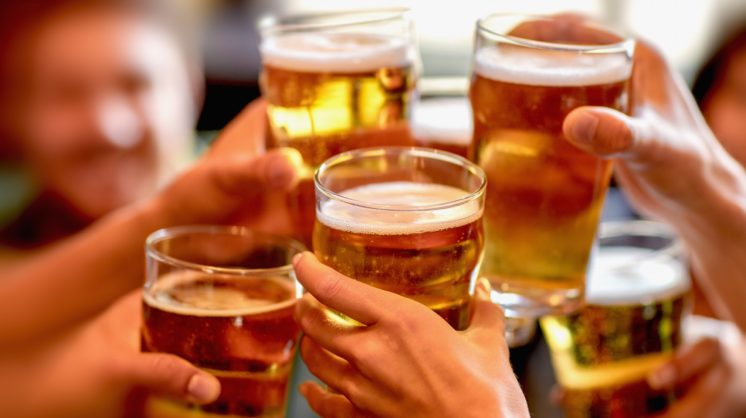 Pint Day is back in Oklahoma for the second year on Nov. 27. Held in conjunction with Small Business Saturday, Pint Day is a program of the Craft Brewers Association of Oklahoma designed to support local breweries.

“All the funds we raise go back to the local breweries,” executive director Tabbi Burwell said. “The idea was to create a program that would lead to foot traffic at local breweries and increase public awareness and support of the craft beer industry in Oklahoma.”

Participating breweries have pre-ordered this year’s limited edition glassware featuring original art by Cabin Boys Brewery’s owner, president and art director Lisa Mcllroy. The image is an homage to the newly designated Craft Beer Trail; the CBAO will commission original art for the glass every year. Breweries choose how many glasses to order and which beers to pour. They also agree to charge $10 for the pour, and participants keep the glass, a 15-ounce wine glass designed for beer tastings.

“Last year each brewery only had 48 glasses, and we ran out quickly,” Burwell said. “We allowed breweries to order for themselves this year, so we have varying levels of participation. Lively has 60 glasses, and Stonecloud has 24. I expect social media to blow up again this year with beer fans trying to track down glasses later in the day.”

The event has grown this year, expanding from 22 participating breweries to 36, including the newly opened Skydance Brewing in Oklahoma City, the state’s first Native American-owned brewery. Owner and founder Jake Keyes said Skydance will be pouring all their beers for the promotion, except the Imperial Stouts, and the highlights will be a trio of IPAs: double, blood orange, and pineapple jalapeño. Keyes said they will have 24 glasses available.