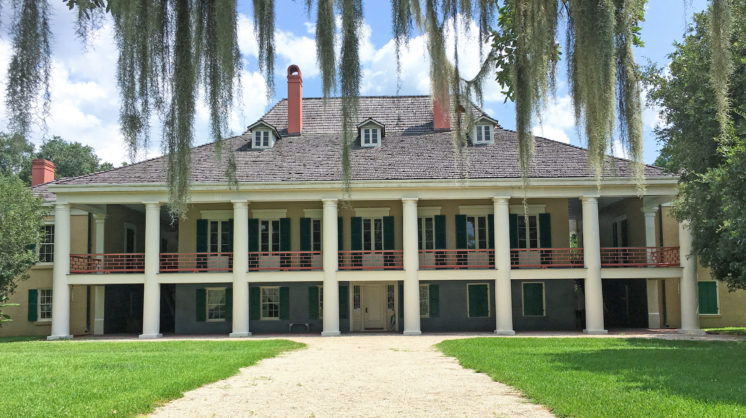 It was a picture of genteel living. Large plantation houses, hemmed with elegant, old oaks dripping with Spanish moss – it was Tara and more. But it’s critically important to remember that this wasn’t the full picture; these gracious mansions were made possible by a social structure and economy supported by a dark underbelly of cruelty. And yet, we don’t want the history to die.

A large segment of Southern tourism has catered to those of us, myself included, who enjoyed visiting restored historic properties, marveling at the soaring columns, the antiques and art of the antebellum period.

But times have changed. Tours of these regal remnants have, too. Today’s tourists will still see the mansions and peruse the pedigrees of the inhabitants, but they’ll get a lot more: They’ll also get a more accurate history of each place, including the lives and work of those who supported the society with their labors – the slaves. Sobering reality, yes, but vital in understanding our country’s history and in appreciating those who, unsung, were sacrificial contributions to America.

Of all the plantations I’ve visited, none has done more to reclaim the complicated story of the relationships in the Creole South than Laura Plantation.

An exhibit area in the restored overseer’s cabin sets the stage for a visit to the main part of the plantation. The research done to uncover the history of the plantation and its inhabitants is extensive and amazing. The trail led to the discovery of thousands of documents in the French National Archives and, in St. Louis, the memoirs of Laura Locoul Gore, whose father renamed the plantation after her. 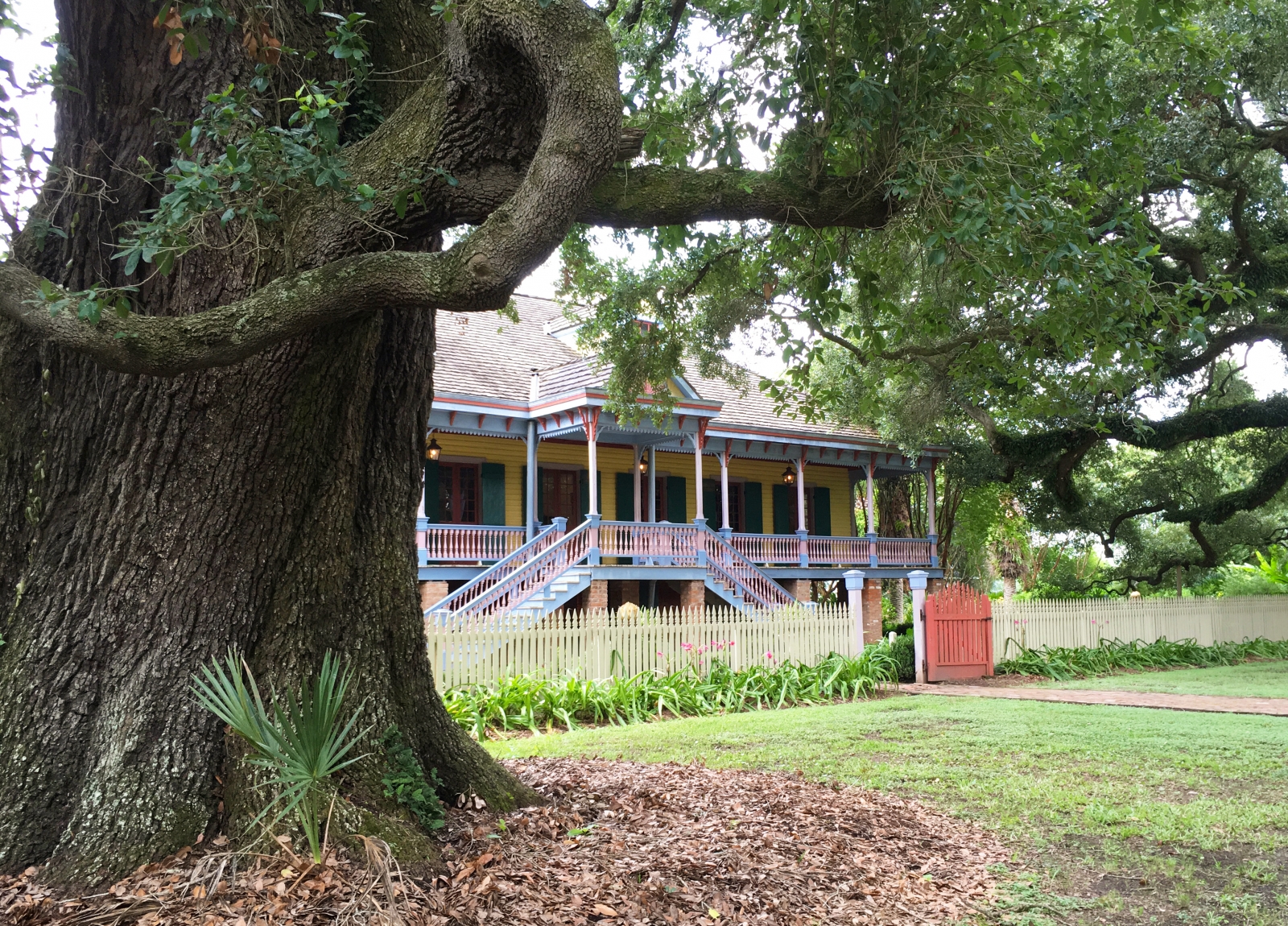 This part of Louisiana was Creole country – very distinct from the rest of America. Creole, as defined in the early 1800s, referred to a blend of west-European, west-African and Native American roots. Race was not a determining factor – class was.

Race and gender presented fewer barriers to free people. It was not uncommon for women to run plantations and associated businesses, and some plantations were owned by free people of color.
The architecture at Laura is Creole – a style that has counterparts in the Caribbean and West Africa. The main floor is raised, resting on brick columns. Laura’s colorful exterior was determined by removing layers of paint. Typically, the house would have been occupied from April through December, the sugar season. 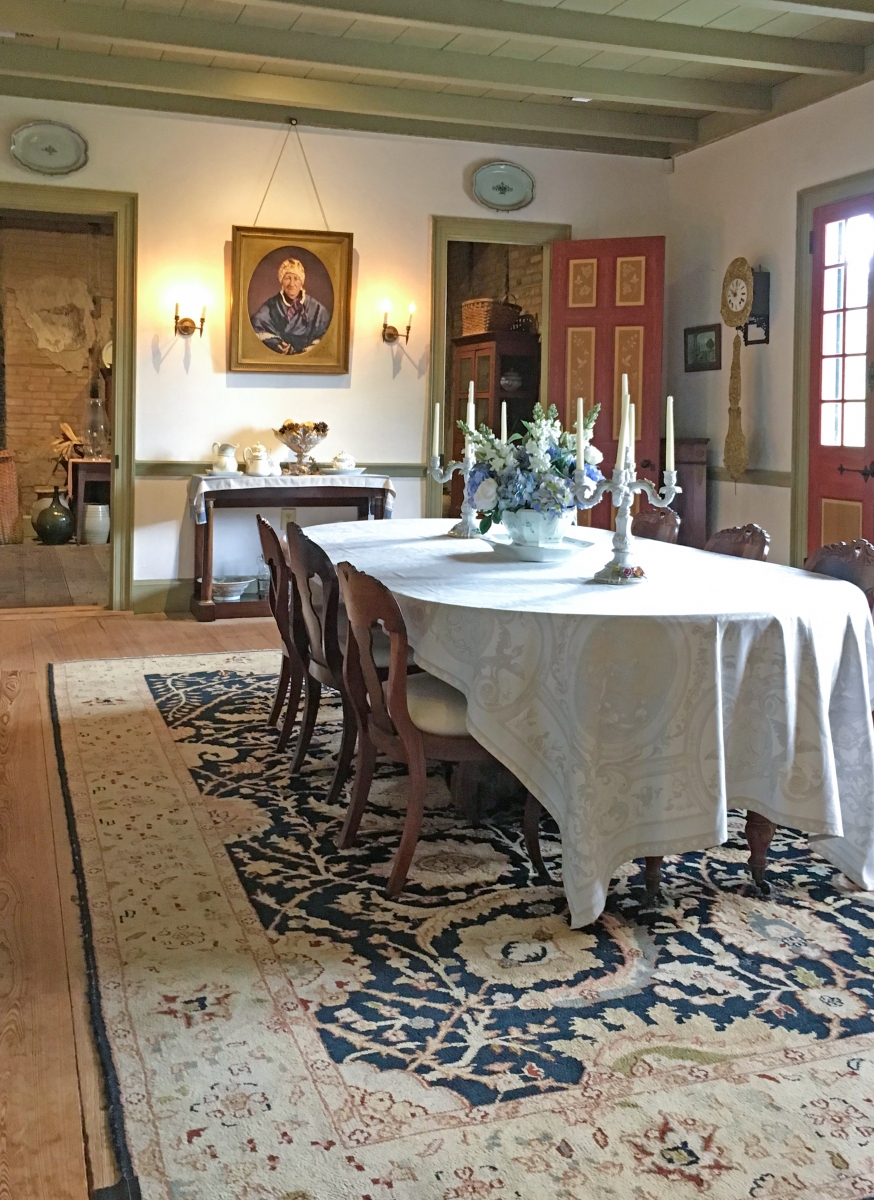 My tour was conducted by Laura’s director of marketing and PR, Joseph Dunn, who knew the history of the people and place like the back of his hand. We started in the basement, where he introduced us to the Duparc/Locoul family – beginning with Guillaume Duparc, who had immigrated from France and fought against the British in the Revolutionary War. Duparc held office under the Spanish in Louisiana, and in 1805, he started the Duparc Plantation on the west bank of the Mississippi River. His wife, Nanette Prud’homme Duparc, was French Creole from Natchitoches.

Family pictures are prominent in most of the rooms. With every room came personal stories about the family, including memories of Laura, the great-granddaughter who longed for life away from the plantation. 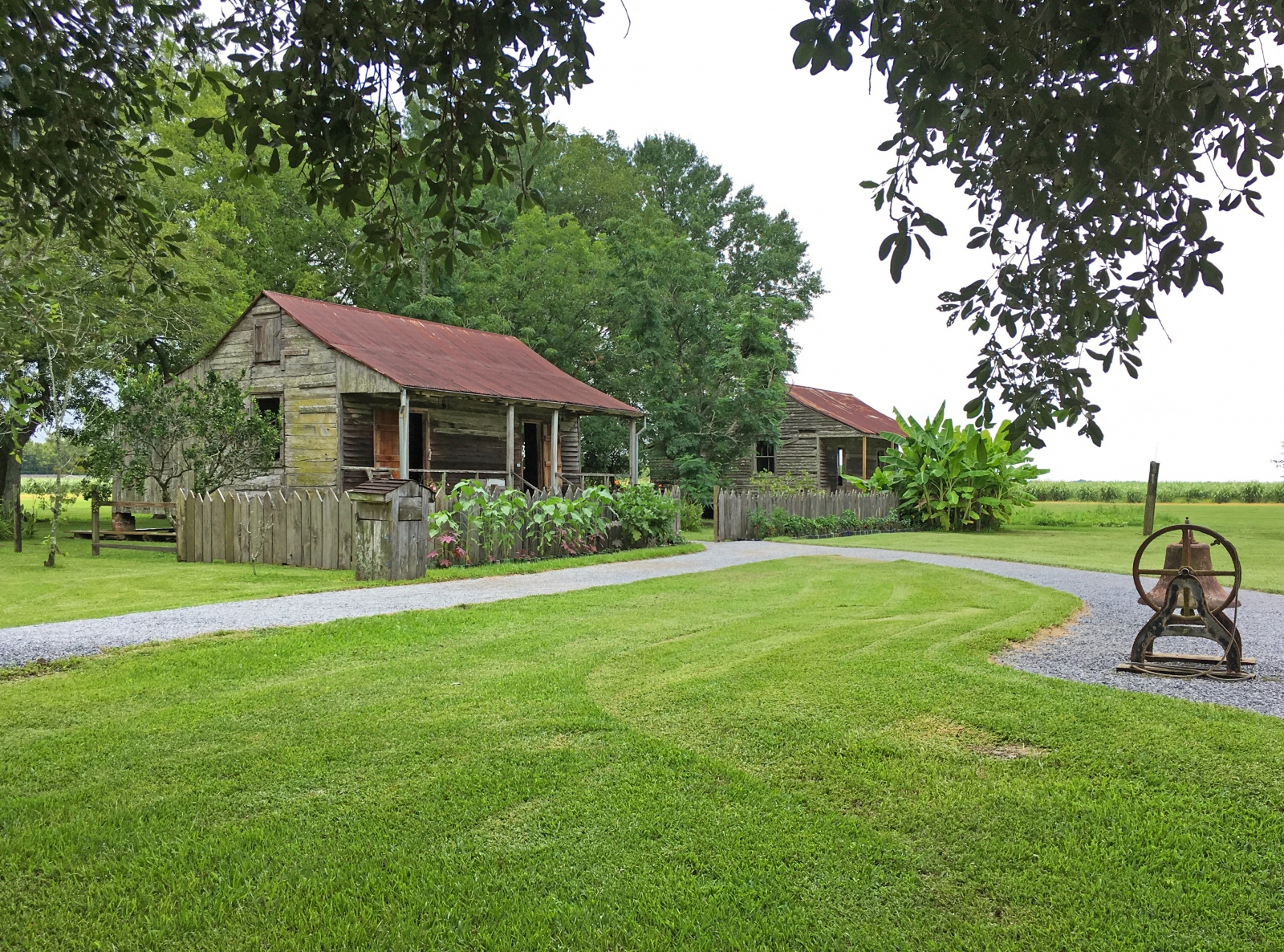 Behind the main house are several outbuildings, including four 1840 slave cabins. Again, our guide provided vivid pictures of life on this part of the plantation. Displays included a duplicate of an estate inventory; at one time, nearly 200 people would have been involved with the work on the plantation.

Lonely Planet has described a visit to Laura as “the best history tour in the United States.” I don’t think that’s an overstatement. I knew nothing about the plantation before my visit, but between the tour and my subsequent reading – Laura’s memoirs and all the great information on the website – I want to go back again. The tour is so loaded with information, it begs a second experience.

It was raining when we arrived at the Whitney Plantation Welcome Center, which was not a bad thing, because it allowed us more time with the exhibits there. The focus at Whitney is on the slaves – where they came from, the business of the slave trade, the industries fueling the economy, the rules governing the treatment of slaves and more. 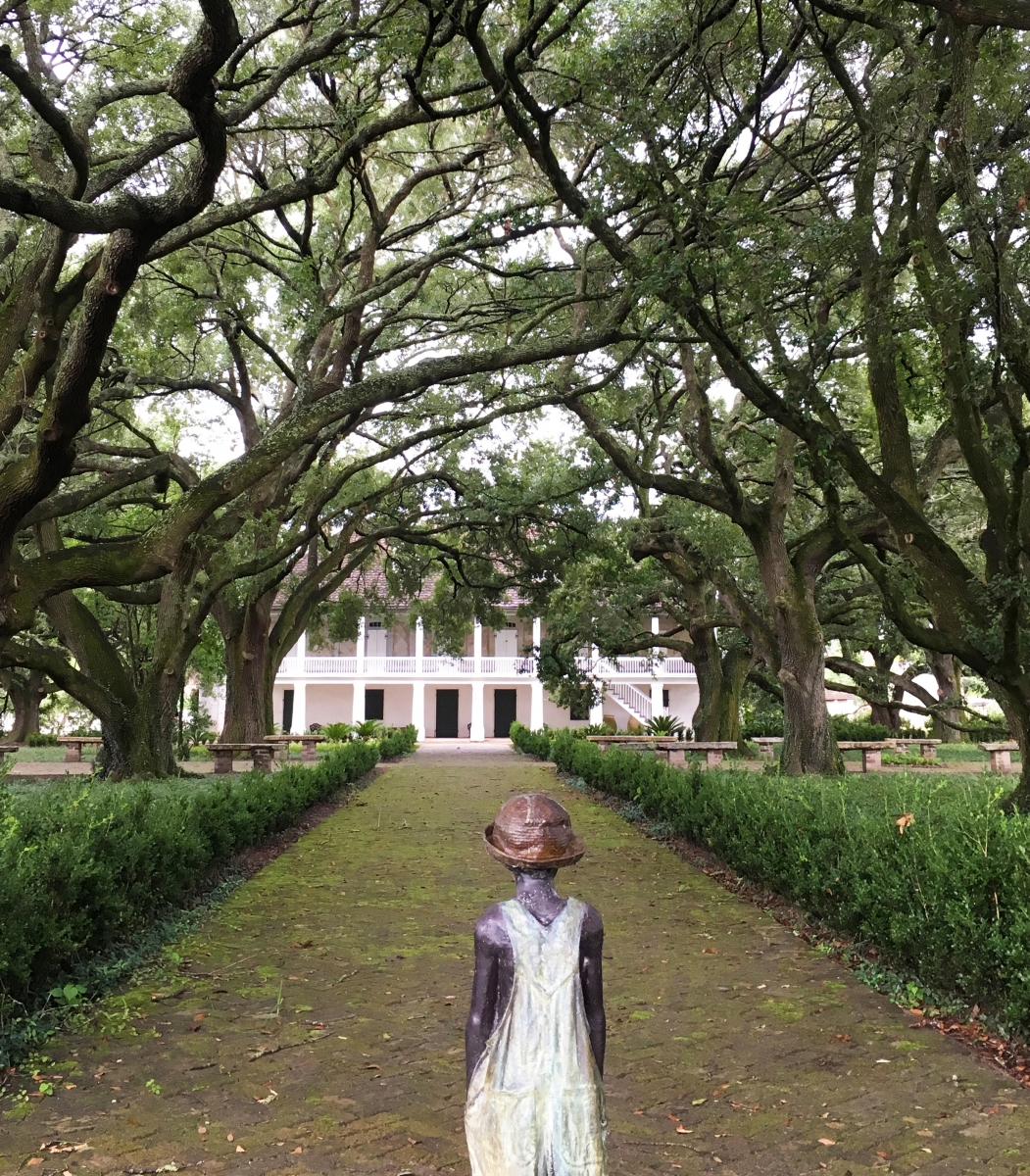 Whitney Plantation was originally called Habitation Haydel, and founded by a German immigrant family. Ambroise Heidel, who left Germany in 1721, bought the property in 1752 and grew wealthy as an indigo (later, sugar) planter.

The plantation is located about 25 miles west of New Orleans in an area called the German Coast – land given to German immigrants in 1721. The settlers there adapted to the French Creole way of life, adopting the local architecture, speaking French and using Gallicized versions of their names.

Sculptures of slave children are scattered throughout the grounds and buildings. During the WPA period, there was a concerted effort to document slave histories. Most of those interviewed had been children during the pre-Civil War era. On one part of the grounds, the Field of Angels, are plaques memorializing the 2,200 enslaved children who died in the parish from the 1820s through the 1860s. In other areas, plaques honor the 300-plus slaves owned by the Haydel family. Still another area features plaques with the names of 107,000 people who were enslaved in Louisiana before 1820. 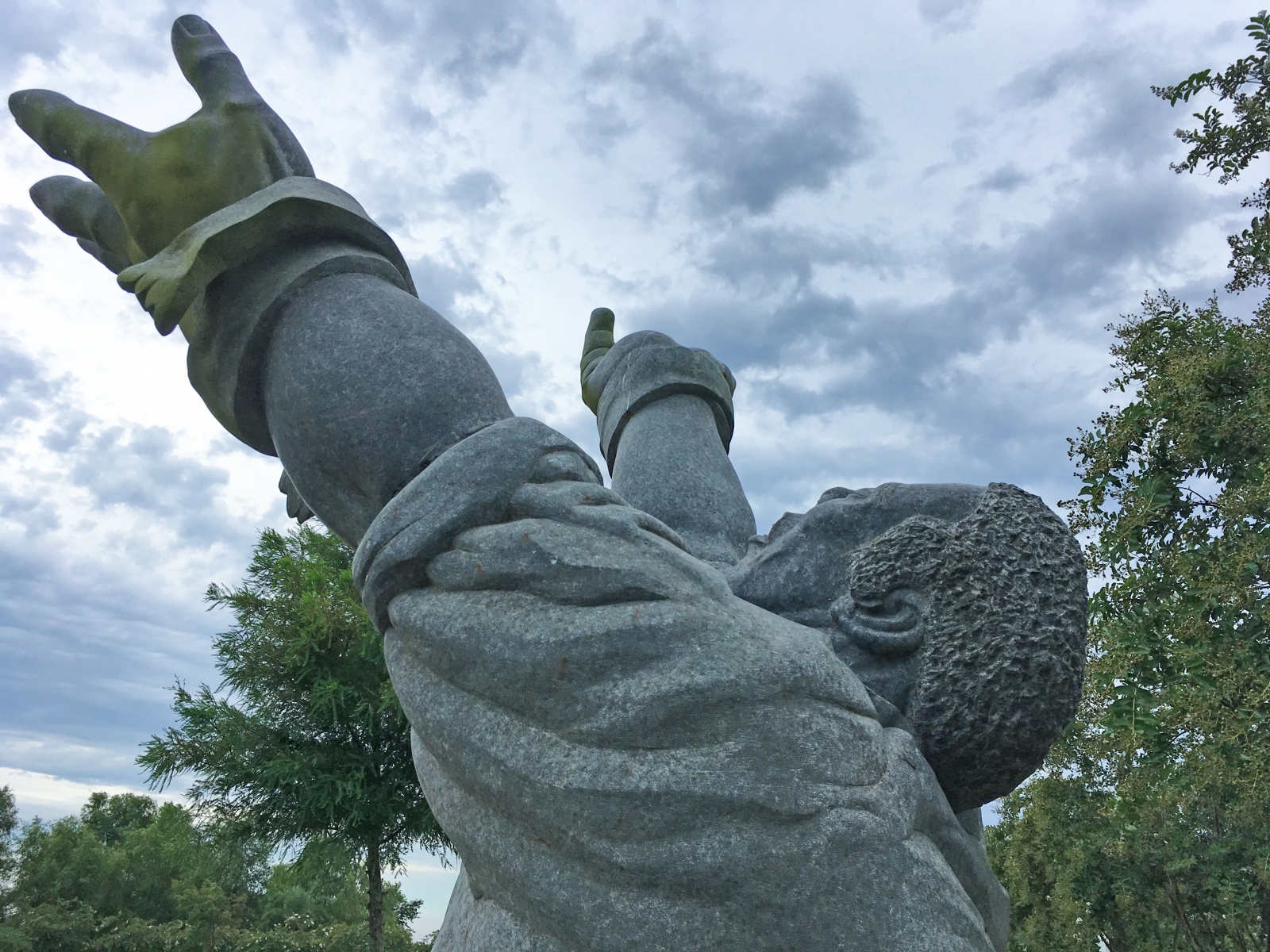 Guided tours include the Big House (common name for the plantation owner’s home) and outbuildings, including the oldest original detached kitchen in the state and the last surviving true French Creole barn.

An 1868 church, originally known as the Anti-Yoke Baptist Church, was relocated to the property. Here, guests watch a video about what it is like to be someone else’s property.

Another striking spot on the grounds memorializes those slaves who were killed for participating in the 1811 German Coast Uprising. Those considered responsible were tried at Destrehan Plantation, shot in front of the plantations where they had lived, beheaded, and had their heads displayed on pikes along the River Road as a warning to
any other slaves who considered resisting their conditions.

There’s so much to learn here – history that has been glossed over for far too long. 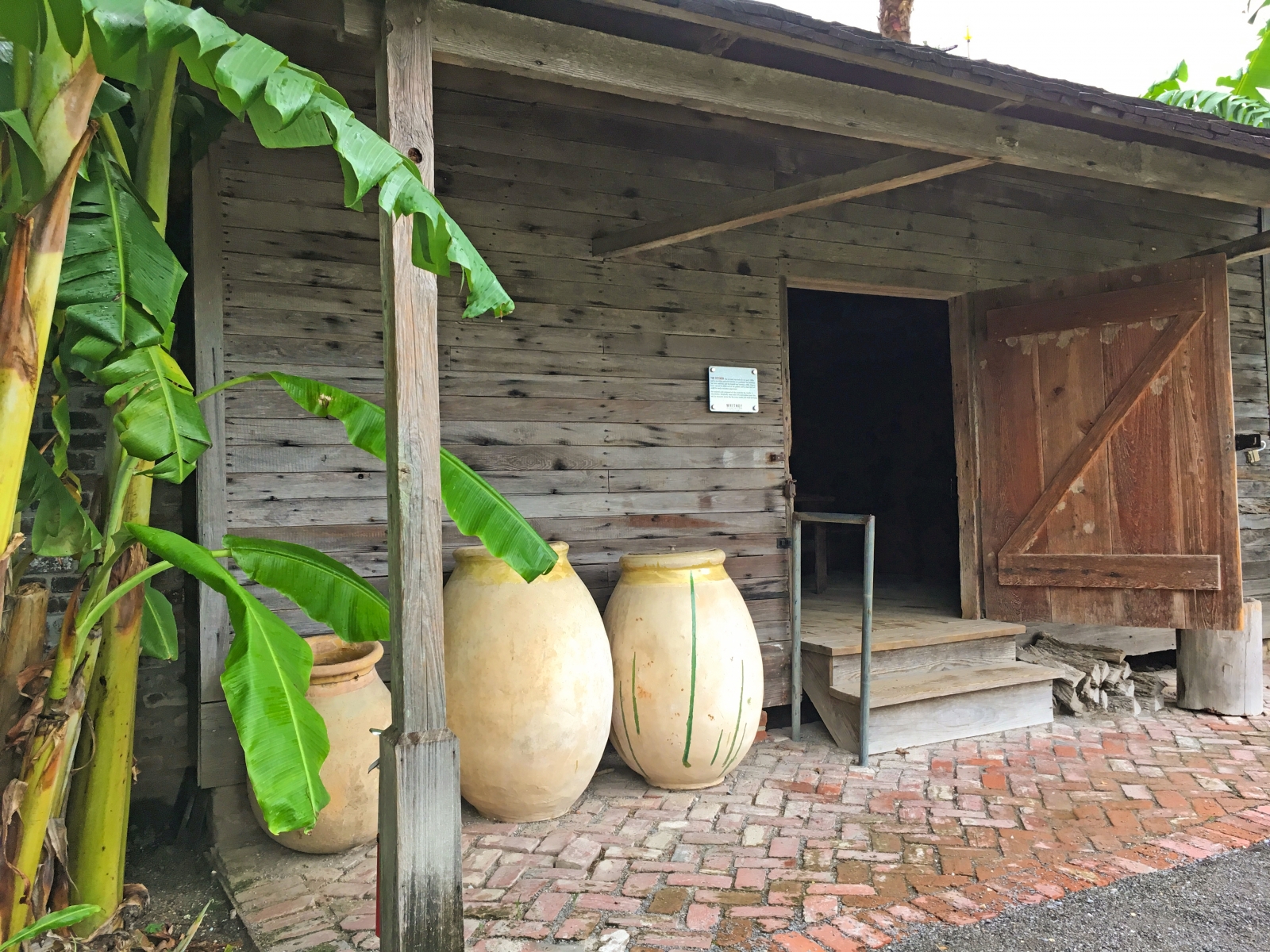 All in all, our press trip visited six plantations, and learned something new at each of them. Our final visit was to Destrehan Plantation with its classic French Creole Big House. Particularly outstanding here were the costumed interpreters, who demonstrated ancient skills and practices such as bousillage, indigo dyeing and sugar cane processing After hearing a talk on folk medicines used on the plantations (think male urine for a sore throat!), we had new respect for anyone who lived to an old age.

Louisiana is an amazing state with lots of interesting things to see. It’s still a land of moonlight and magnolias, but it’s examining its history in broad daylight. Much of it isn’t pretty – but it is growing more honest. And that’s a good thing.