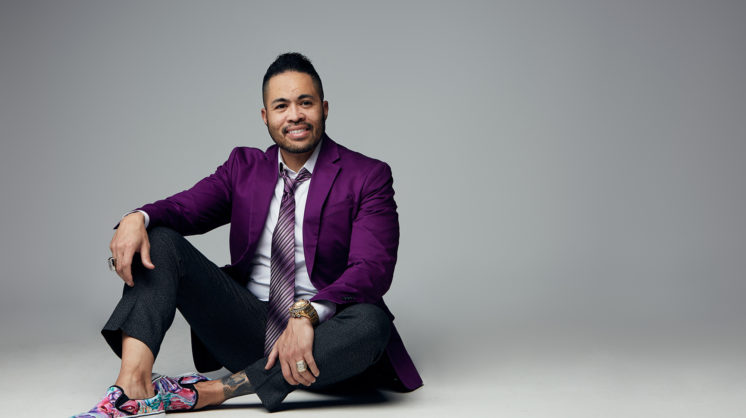 Markus Smith, PHD, has not always felt safe sharing his life story. After overcoming a childhood and young adulthood plagued by poverty, racism, and gang violence on the northeast side of Oklahoma City, he eventually earned multiple college degrees and incredible success in the real estate business, where his hard work began to reap great rewards. However, Dr. Smith worried that if he told the whole story about all he had overcome, he might lose potential real estate clients.

He did decide, though, that he could not keep himself from sharing parts of his story with his students at Oklahoma City Community College, where he teaches political science. Those students needed his stories. They were fighting life battles similar to his own. And he kept being encouraged by several colleagues to write a memoir. In 2021, he finally released his memoir, Journey Through
the Hoods, from which all profits were designated to go to local charities, scholarships, and schools.

If you ask Smith why he continues to teach political science at OCCC two days a week even after reaching substantial success in the real estate field, he is quick to respond: “Many community college students are working moms, or students working full-time jobs as they try to find a way through college. They’re working-class people. Their stories resonate with me; I feel at home with them, and I want my story and my success to inspire them.”

When asked if he would ever leave his present pursuits to pass the bar and become a lawyer, Smith said, “No. I did originally want to become a lawyer so that I could help people of color, people in poverty — the same people I grew up with. But now I have hundreds of students who have gone on to law school and passed the bar and reached out to me. They tell me that I have helped and inspired them. That is my legacy. I will continue to teach political science at OCCC and help those students continue on.”

Smith is quick to say that he has worked hard and been blessed, but he will also tell you that he wishes to give back. “I want to be remembered as someone who gave,” he says. Smith has set up a college endowment at UCO, a grant for school supplies at U.S. Grant High School, an annual fund for Christmas gifts for families at OCCC, and a fund for the food pantry at OCCC, as well as other ways of giving back to the community.

If you ask Dr. Markus Smith what person or event turned his life around, he will tell you it’s not so easy to pinpoint. There is no one moment, no one person. He tells stories of hope and redemption, and as he does, a beautiful web of kind people and moments of grace is woven over and around a life. And it is clear, from all he does and says, that he wants to be part of that web for countless other young people.