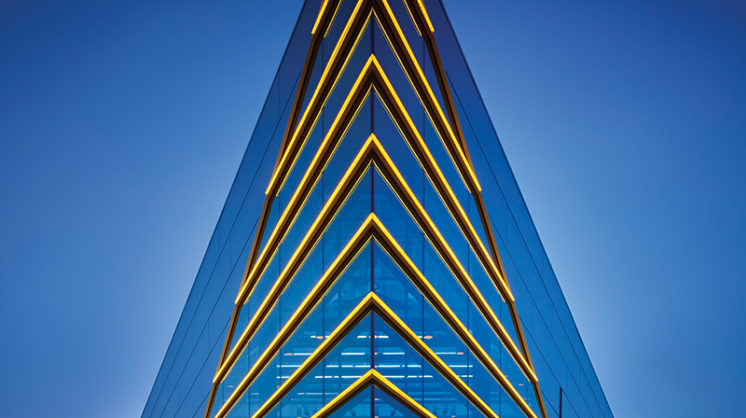 A young Rand Elliott hacksawed off half the back fender of his candy apple red bicycle, a gift from his father, just to make it different.

Building model cars led to his decision at age 8 to become an architect. He believes he inherited his creative gene from his Aunt Hazel, who designed and sold hats in Paris in the 1930s. Inspired by an English teacher, he dabbled in poetry as a teen and chose photography as an elective during his years at Oklahoma State University’s School of Architecture. He graduated in 1973 as one of only 13 graduates … out of the original class of 200.

Those early creative pursuits continue to serve Elliott, whose architectural firm Elliott + Associates Architects celebrated its 40th anniversary in 2016. Its history is especially distinguished, insofar as over those four decades the firm has amassed a total of 341 awards.

(above) CHK Central Boathouse The river side building prow is marked by gold LED lights emphasizing form inspired by a rowing shell.  The concrete platform is within 10’ of the river’s edge.

“The most proud I can be is that 10 of them are national American Institute of Architects Honor awards,” Elliott says. Locally, those include World Neighbors Headquarters, K. J. McNitt Construction Inc., the Vesper Building, Will Rogers World Airport Snow Barn and ImageNet Consulting.

“That’s the toughest test you have,” he says of national peers deciding which projects best represent architecture in America. “We are the ninth most recognized firm in the history of AIA since 1949, and we’re in Oklahoma City.”

Elliott’s design artistry, combined with the work of a team he calls “20 bodies in one brain,” have transformed many areas in the metro’s landscape. 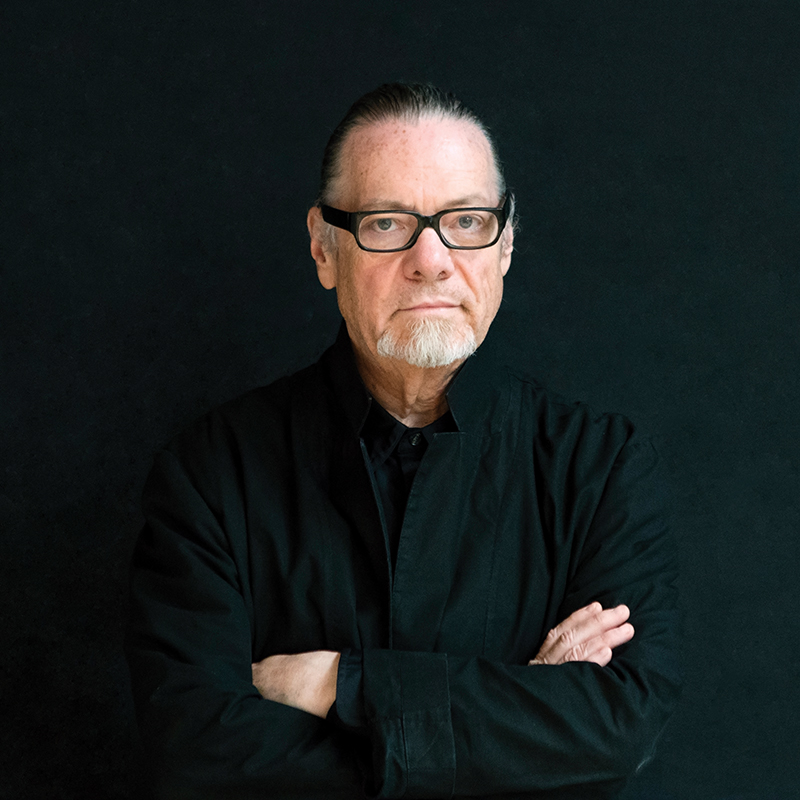 The firm’s local portfolio includes Classen Curve, the Chesapeake buildings and garages, POPS in Arcadia, Plico at the Flatiron, Red PrimeSteak, SandRidge, Kirkpatrick Oil in Hennessey and numerous community offerings and renovations including the Boathouse District, Science Museum Oklahoma, Lyric Theatre at the Plaza and the Adkins Gallery at the Fred Jones Jr. Museum of Art.

“Each one of these projects is really a moment in time, and these people end up being friends,” Elliott says. “I’ve got half a dozen clients I’ve had for 30 years. It’s special.”

Married for 38 years to Jeanette, an executive vice president/creative director at Ackerman McQueen, he likes nothing better than to immerse himself in a sketchbook while she plays the piano.

“We are like two peas in a pod and complete each other’s sentences,” he says.

In Elliott’s design process, his sketchbook is the “first and most important step of the adventure.”

“It starts with ideas. It’s a chronicle of a thought process that can’t be criticized; I call them my ugly drawings,” he says. The book is half images and half words — he likes to describe a project in words before the design unfolds.

He has chased the subject of light his entire life.

“I’ve struggled my whole life to discover what the light is all about,” he says. “I didn’t understand it when I left college and it’s taken me all this time. Some days I feel like I’m so close to being able to describe the importance of that to humanity, to ourselves as people, to the creation of architecture. It’s sort of an obsession.” 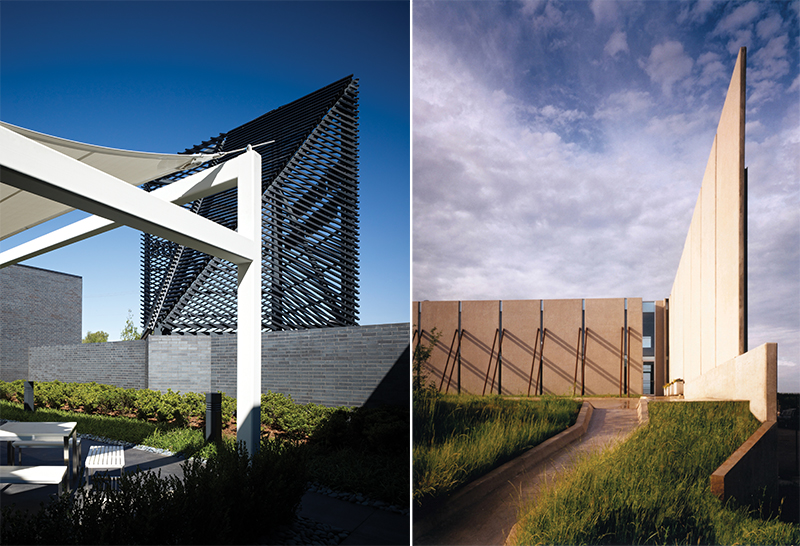 “What kind of materials are appropriate? What is my client expecting out of this process? Is it a vanity project? Is it to make money, to live in, to inspire co-workers? What is the purpose of this building? Where is it?”

He maps out a “scroll” of his sketchbook that might reach 60 feet long, panels of perspective filled with hundreds of elements and considerations for his clients — Elliott’s way of enlightening discussions before development on a computer.

Elliott’s clients tend to be Type A personalities.

“They are eccentric people, driven people, successful business people; they are artists, they are tough guys sometimes, tough women; and at the same time they are intelligent, sophisticated, they know what they want,” he says. “They tell me what they want and then let me do this. It’s that trust that is my idea of success.”

Clients include Tom Russell of Image-Net, who has used Elliott’s firm to help grow his business with buildings in Oklahoma City, Houston, Washington D.C. and Dallas. Kelly McNitt asked Elliott to create a construction site with virtually no budget — resulting in one of the architect’s most unique projects, the K.J. McNitt Construction Company, built largely with raw materials such as oil field pipes and illustrative cement.

“The projects I get excited about are the ones that seemingly have no potential,” he says. “If you offered me a warehouse or office building, I’d pick the warehouse, because its opportunities are not defined.”

He worked with the late Aubrey McClendon, a close friend, on 180 projects.

“My history with Chesapeake I uphold with great regard — and I met Aubrey before Chesapeake was even a company,” Elliott says. “I’ve spent 27 years with one of the finest people I’ve ever met in my whole life.”