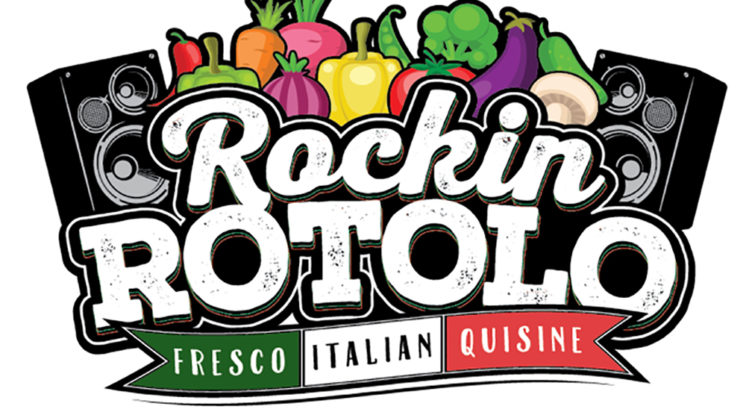 Growing up in Shawnee, Jennifer Yuthas learned to cook from both her grandmothers, and both stressed the benefits of food fresh from the garden. Her maternal grandmother was Sicilian, and from her, Jennifer learned the beauty of a good sauce. Starting on Thursday, June 29, she and partner James Etzler will be sharing some of her grandmother’s recipes with OKC on the new Rockin Rotolo food truck.

A rotolo is a pasta roll; this one uses lasagna noodles. Etzler said the team would be making its own pasta daily for the rolls. It’s a self-taught skill for both of them; surprisingly, Yuthas’s grandmother didn’t teach her to make fresh pasta.

“I always loved to cook, and my grandmothers taught me to make everything from scratch,” Yuthas says. “We’re going to carry on that tradition as much as possible.”

That includes sourcing produce from Cedar Springs Farm in southwest Oklahoma City. “We want to use as much fresh and local as possible,” Etzler says.

The move into food truck work is a new one for both partners: Yuthas worked as a paramedic for 10 years, and Etzler has been one of the best bartenders in Oklahoma City for many years, including stints at WSKY and Savings & Loan. In fact, one of the relationships he built at WSKY is going to continue with Rockin Rotolo: “Keith Scott, who used to bartend with me at WSKY, is managing the grow houses at Cedar Spring Farms,”

Etzler says. “I like that we already have relationships with local providers.”

The truck will feature six rolls, including vegan and vegetarian options, as well as bread and salad. The first salad – the Summertime – will be diced watermelon, cucumber, fresh basil and mint, lemon juice and sea salt. It’s simple, refreshing and delicious, and it’s sourced locally. The $3.50 price tag makes it an even better idea.

In keeping with the theme, the “rockin” part will be worked into the menu, where the rolls are named from famous songs by some of the couple’s favorite bands: The Cure, Janis Joplin, Beastie Boys, et cetera. That means to expect names such as Let’s Go Crazy and Like a Rolling Zim. The beginning menu has five rolls, including one vegan-friendly and two vegetarian-friendly options. Plus, the three-cheese with red and white sauce, while vegetarian, will likely have appeal to the carnivores, as well.

The truck’s June 29 debut will be from 11 a.m. to 2 p.m. at NW 39th and Tulsa. Yuthas said the ultimate goal is brick-and-mortar, but that doesn’t mean the truck will go away. In fact, the pair hopes to have a second truck in the future … if the concept keeps rolling on successfully.