A Guide to Record Stores in OKC - 405 Magazine 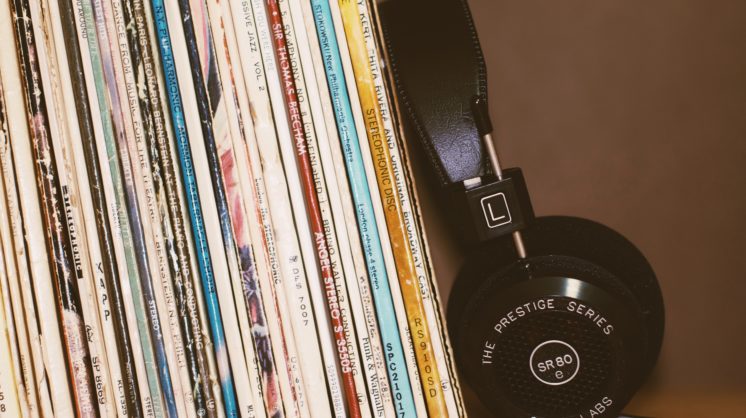 There’s something to be said about physicality. Despite the dominant deluge of streaming options, physical media, and vinyl records specifically, have kept strong numbers. According to MRC Data, vinyl jumped past CDs for the first time since the ’80s with 41.7 million sales in 2021.

This rise from the ashes isn’t anything new, as vinyl’s upswing started in the late aughts. But its continued prevalence suggests something about how many people choose to enjoy their music. Maybe it’s the thrill of the hunt as you look for a coveted find. It could be the communal air of music lovers searching side by side. Or maybe the 12-inch manifestation of hours in the studio just makes the magical result feel more real.

Whatever the reason, collecting vinyl records can be an outlet of creative cultivation, and no place can better serve this personal process than a local independent record store. August 12 is National Vinyl Record Day, so if you want to hold a piece of your favorite artist or rediscover the tactile joy of flipping through crates of albums, here are the go-to local options in Oklahoma City.

This staple stop for sounds had its beginnings in Norman, where owners Justin Sowers and Travis Searle sold speciality releases door to door. Nearly 20 years later, Guestroom Records operates two brick-and-mortar stores in Norman and OKC (as well as a distant third in Louisville, Kentucky). The OKC location features sunlit rows of records and ensures a constant stream of latest releases and used hauls to scavenge. Guestroom even presses and sells vinyl of Oklahoma artists, and both storefronts have hosted local musicians to perform as part of album release parties or community celebrations.

This wide-open, high-ceiling space doubles as a concert stage. Located in the renovated Penn Theater, Trolley Stop routinely presents live Saturday shows from local and traveling blues musicians on its wooden stage. Of course, the store specializes in vintage vinyl, and it’s home to a massive assortment of LPs, 45s and 78s. If you prefer sights over sounds, though, the shop also offers posters and comic books.

Nested inside a law office building, this six-room collection on Classen dabbles in the freshly pressed but excels in the vintage, which holds plenty of sought-out choices and overlooked jewels. The humble rooms are decorated with instruments, local paintings and autographs from blues musicians. If you fancy a drink while browsing, consider looking through Monkey Feet’s selections at ListenUpOKC, a new vinyl-listening bar in Automobile Alley.

This tucked-away store is aptly named, as it’s located in the backside of the street shops that line Britton Road. Through green door frames you can find swaths of crates filled with vintage rock, country, blues, jazz and other genres across the spectrum. Owner Ronnie Jay Wheeler occasionally performs with his roots band in the middle of the shop, which contributes to its air of personal passion.

Its suburban location might seem unassuming, but inside 3 Dachshunds lies a long stretch of quality selections for crate diggers of all ages. The Edmond establishment stocks many new arrivals and reissues for those who revel in tearing the shrink wrap off pristine sleeves, but its used section is mighty on its own. The store also sells music and movie posters, songbooks and other collectibles.