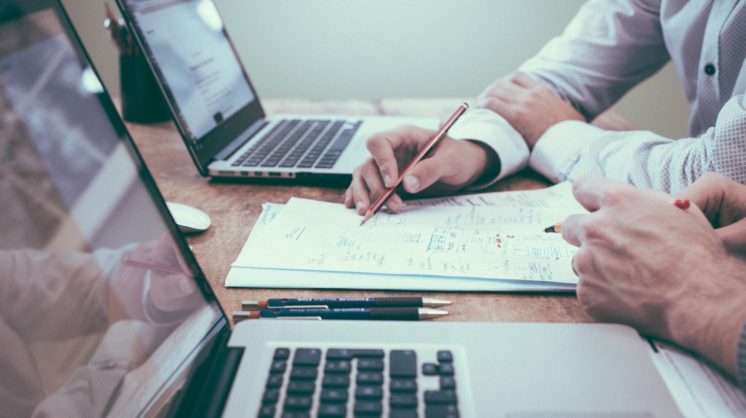 Tax season is an annual economic stressor for many in the 405, especially for low and medium-income families. As W-2 forms make their way into mailboxes across the state, a number of Oklahomans face a choice they may be unaware of: claim available tax credits or leave it in Washington D.C.

This refund comes from The Earned Income Tax Credit, or EITC – a federal tax credit for households earning $56,000 or less annually. The amount of the return depends on the number of children and overall household income. In 2019, Oklahomans who filed their taxes collected an average $2,577 per home, according to the Internal Revenue Service.

There’s just one issue – one out of five eligible households don’t claim their refund.

“A lot of people don’t file because they think they didn’t earn enough to constitute a refund, thereby leaving thousands of dollars on the table each year,” said Andy Moore, community ambassador for OK Tax Help – an accessible network of free tax resources designed to help people with filing their taxes and securing their EITC refund. “There’s not a lot of big advertising campaigns telling you to file taxes in order to get money back, but we are. That’s why we’re here to help people in our community.”

OKC Tax Help was designed by the Arnall Family Foundation, a non-profit organization in Oklahoma specializing in making transformative changes to current systems and programs serving at-risk children in the community. The foundation created the grassroots tax-assistance campaign on Jan. 31, 2020 using economic models from other cities that utilized federal tax credits to boost the local economy using EITC refunds for working class families. The last friday of January is widely recognized by the IRS at the “Earned Income Tax Credit Awareness Day.”

One of the primary focuses of the campaign is to reach out to various parts of the metro using spokespeople from each community. For example, Thuan Nguyen, founder and CEO of THN Insurance Solutions and president of the Asian District Cultural Association, is a spokesperson helping members of the Asian community through local outreach.

“It’s all a matter of informing people of what they could have from a place they can understand,” Nguyen said. “This year, the campaign has made efforts to translate these tax services into other languages, including Vietnamese and Spanish. This gives us a chance to serve all communities and those who could benefit from the EITC.”

Another form of local outreach is through the Volunteer Income Tax Assistance (VITA) sites spread throughout the metro. These sites provide taxpayers with high-quality tax preparation and financial stability resource services, oftentimes at little or no cost.

Since the campaign’s founding, nearly 5,000 more Oklahoma residents claimed their federal EITC between the 2018 and 2019 tax season, estimating $12 million dollars were returned to the local economy, according to OKC Tax Help.