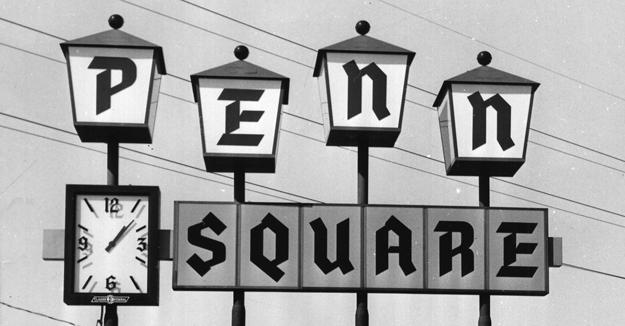 On the corner of Pennsylvania and Northwest Expressway sits a mall. Not just any mall, mind you, and one that nearly became extinct. Built as an open-air shopping center in 1960, Penn Square was the place to be and be seen throughout the ’60s and ’70s. But as times changed, so did shoppers. They welcomed the heated and air-conditioned comfort of an enclosed shopping mall, and said goodbye to the open-air concept – and to Penn Square. By the early ’80s, Penn Square Mall was desolate. Its owners installed a cover, and later in the decade, further remodeled and expanded with a second level and several new anchor stores. Today, it’s a bustling place … try finding a parking spot during the holidays.