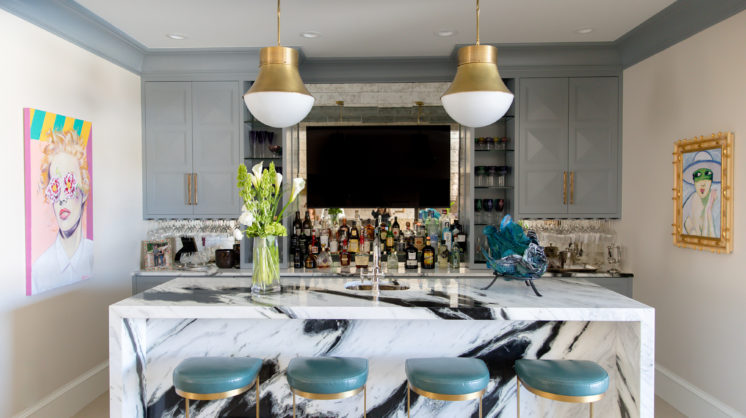 When you enter Cindy and Lance Ruffel’s home, you can see right through it. The glass wall separating the living room and backyard perfectly frames a firepit, pool and several large sandstone boulders, stacked high in the landscaping and hand-selected from southern Oklahoma.

“The geology friends that Lance has say they have ‘rock envy,’” Cindy Ruffel said with a smile. “They’re like, ‘Oh, cool rocks. Lance, you did good.’”

The home’s design uses rocks and minerals abundantly. Various marbles, quartzites and crystals make up the materials, and a stellar rock collection is displayed in the office. The hot tub mimics a natural hot spring, with large rocks strategically placed for seating. The Gaillardia home is a dream come true for geologist Lance Ruffel and his wife Cindy, who spent three years planning, building and designing it.

“We designed it together, but Cindy came up with the idea of seeing through the house and not being distracted by anything,” Lance Ruffel said, noting the off-white walls and limestone floors are intentionally neutral so your eyes are drawn to the art on the walls and the view outside. “The large window allows for a big open, unbroken space.”

The Ruffels hired several talented individuals to fashion their ideal home. Total Environmental helped with the rock-filled landscaping. KC Millworks provided cabinets and woodwork. Silex Interiors was the fabricator. Brock Harrison did all of the window treatments – as well as the flowery, flirty painting hanging in the bar. Others on the Ruffel’s dream team included architect Bailey Austin, builder Tim Smith and interior designer Laura Ellis Barnes.

“I see in three dimensions as a geologist. It’s part of my work,” Lance Ruffel said. “I can take a rendition of a drawing and see what it looks like. I see in dimensions, and Cindy is great with color.”

“Or Laura is great with color,” Cindy Ruffel interjects.

Lance Ruffle answers with a shrug, “You were simpatico.”

Each person brought different strengths to the process.

“Lance would layout the kitchen – as we were designing it – for functionality,” Barnes said. “[Meanwhile] Cindy wanted ‘wow’ moments everywhere. This project was about combining who they are as people – their styles, the things that they love, and the pieces of art that they’ve invested in. Making it cohesive and pulling it all together – that all comes to design.”

One “wow” factor is the formal dining room with a glass-enclosed wine room – much like you would see in a restaurant – and a custom-made crystal chandelier. Cindy Ruffel found a chandelier she loved on Pinterest, but she and Barnes couldn’t locate the source. So, they had a similar one made, resulting in the perfect awe-inspiring centerpiece for the room. 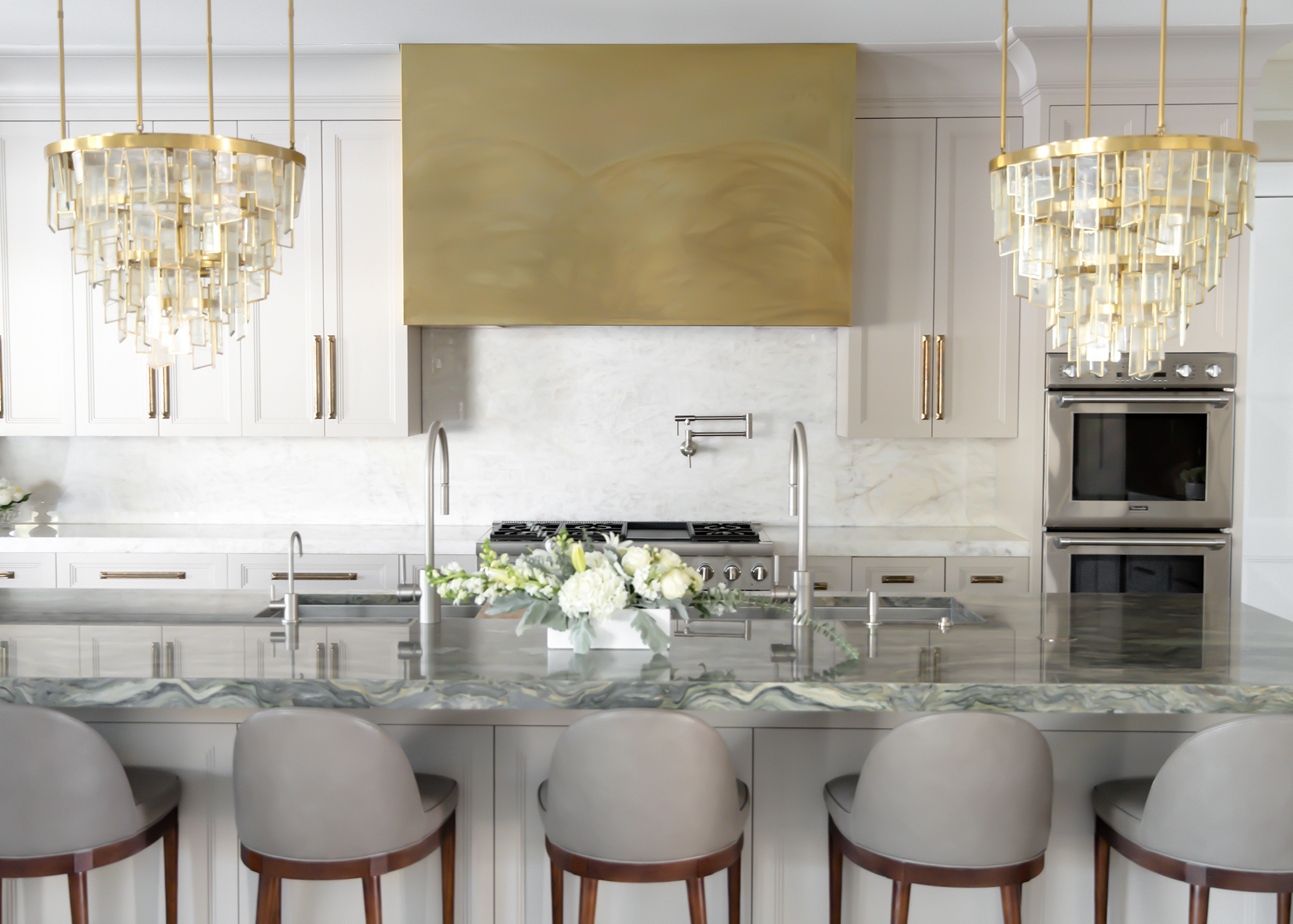 The Ruffels moved into their home in November 2019 with parties at their new place already on the calendar. The timing was tight, with the first event scheduled within two weeks of move-in day.

“My builder knew it; everybody knew it,” Cindy Ruffel said. “They really knocked it out for me.”

Lance and Cindy Ruffel have five children and 11 grandchildren combined. They love hosting their large family, as well as large groups of friends. Their party-ready home includes a bar positioned right off of the living room and a behind-the-scenes prep kitchen. Caterers have their own work space, as well as easy access to the wine room and a commercial-grade dishwasher that washes and dries dishes in nine minutes.

“Before COVID hit, we had three parties, 60 to 80 people each,” Lance Ruffel said. “With the prep kitchen, it was very easy.”

The first parties were extra special. The Ruffels were able to enjoy the fruits of their labor and see their guests respond to the many “wows” they carefully planned and incorporated into the home.

“The first party was with Geo Wives,” Cindy Ruffel said. “We had a house full of people, and I remember we were standing at the bar talking. There were people everywhere and – all of a sudden – the lights turned on in the pool for the first time. I’d never seen the pool lit up.”

The glowing pool, with the beautiful landscaping and boulders looming in the background, was one “wow” moment Cindy Ruffel won’t soon forget.