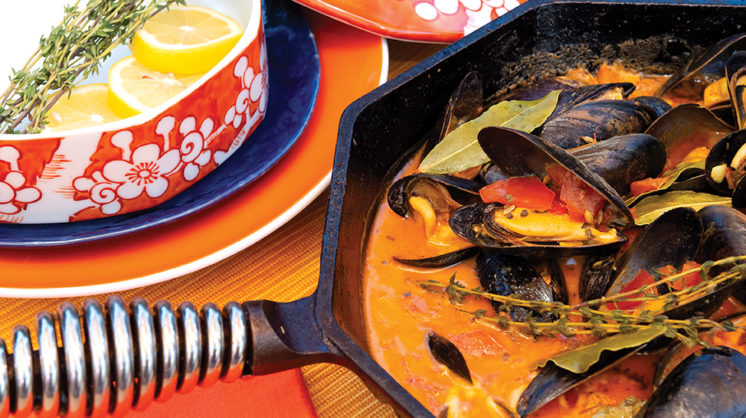 It’s rare that our parents give us the same gift for birthday and Christmas, but Chef Ryan Parrot’s mother gave him the same cookbook – not the same title, the same book – twice.

“I can’t remember which birthday it was,” Parrot says, “I think 9 or 10. I’d asked for a cookbook. My mom got me the Better Homes & Gardens Junior Cookbook. It contained a variety of made-from-scratch recipes like grilled cheese and spaghetti.”

A few years ago, Parrot’s mother was cleaning house, found the book and wrapped it as his Christmas present. He still has it, and the made-from-scratch philosophy has stuck with him, especially at his current gig: culinary director for Humankind Hospitality, which includes Picasso Café.

While Parrot was growing up, his family ate like most Oklahomans of the time, except that they ate almost nothing processed. Chickens were purchased whole and roasted or boiled; pizza was made from scratch; noodles were made by hand and rolled out with a rolling pin.

“Eggs were always fresh, biscuits made by hand and bacon was made from pork,” Parrot says. “None of this ‘turkey bacon’ crap. And remember Sizzlean? That was outlawed in our house. Our family car was incapable of passing a roadside produce stand without stopping. Grandma canned fruits and vegetables that we enjoyed throughout the year.”

By the time he was 16, he knew he wanted to be in food service, and he took a job at Tommy’s in Northpark Mall when he was 18, learning from older chefs, cooks and restaurateurs. Although he was accepted into the Culinary Institute of America in New York, he chose college at UCO over culinary school.

These days, he applies much of what he’s learned since the Tommy’s days to helping Shaun Fiaccone and Kim Dansereau expand their Paseo operations. When he’s not involved in culinary operations, he brews beer at home or spends time with his wife and five kids. The family loves the outdoors, especially camping or hiking. The recipe he chose for this month comes from that outdoor time with friends and family.

“Summer is a great time to share a story and a pint over a batch of steamed mussels,” Parrot says. “I like PEIs, but pick your favorite. By late summer, you’ll probably have to go with frozen ones, but quality frozen mussels are available.” 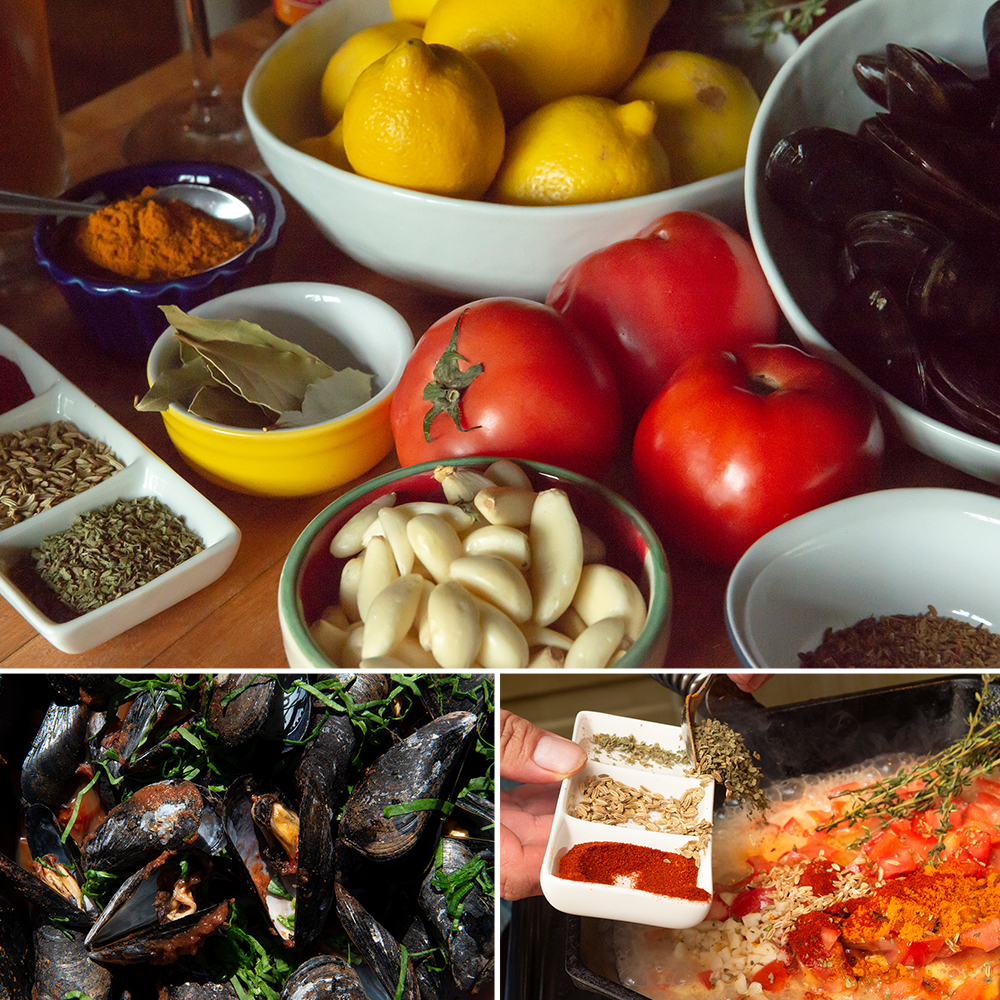 Place all ingredients in a large pot and bring to a boil.

Reduce heat and allow to simmer for 30 minutes.

Return to a full boil, stir in 2 pounds of mussels and cook until all mussels are opened.

Be careful not to disrupt the shells and break them while cooking; discard any mussels that do not open while cooking.

Serve in a large bowl while still hot with some charred, crusty French bread, or freshly made French fries.