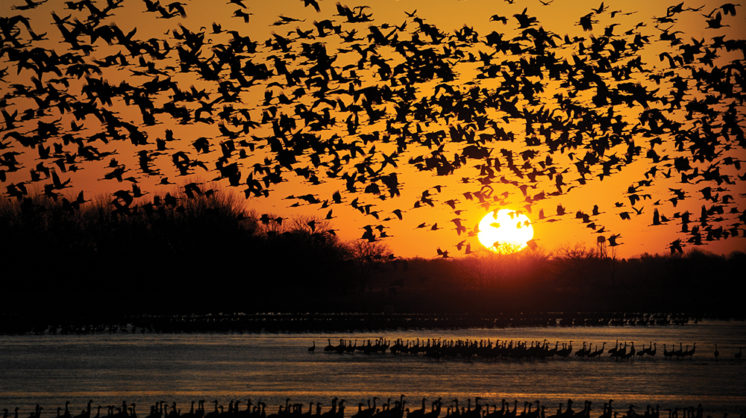 It was cold. Not just chilly, really cold. It also was dark. I stayed close to the front of the line so I could see the small red light our leader carried, fearing a face-plant caused by a misstep. I was miserable … but it was worth it, because I was about to see one of the world’s great sights: the migration of sandhill cranes.

According to ethologist Jane Goodall, who comes to Nebraska for it nearly every spring, this is one of the world’s top 10 animal migrations. Our group spotted thousands of cranes – but Dame Jane had already migrated.

The spring migration is the most impressive time to see the cranes. They winter in northern Mexico, New Mexico and Texas and spend summers in Canada, Alaska, even Siberia.

Their path is the Central Flyway, and while they may be spotted in western Oklahoma and Kansas, their favorite rest stop is an approximately 70-mile stretch of the Platte River, with the area between Grand Island and Kearney being the most populated.

Groups of cranes begin arriving in the area as early as late February, and continue congregating through March. By April, they start to disperse. The birds will spend about three weeks in the area, scavenging nearby cornfields for waste corn and supplementing their diets with snails and small invertebrates in the wet meadows – they will gain 10 to 20 percent of their body weight to prepare them for the rest of their journey and nesting. At the peak of migration, there may be as many as 400,000 birds along the river.

Sandhill cranes are attractive birds with mottled gray feathers and a distinctive red patch from the tops of their heads to their black bills. They stand 3 to 4 feet tall with 6-foot wingspans. Their call is a rattle-like trill – which can be heard more than two miles away.

Driving through the countryside, we often spotted small flocks in fields, but the most impressive times to see them are early morning when they leave the river, or around sunset when they come back to roost. 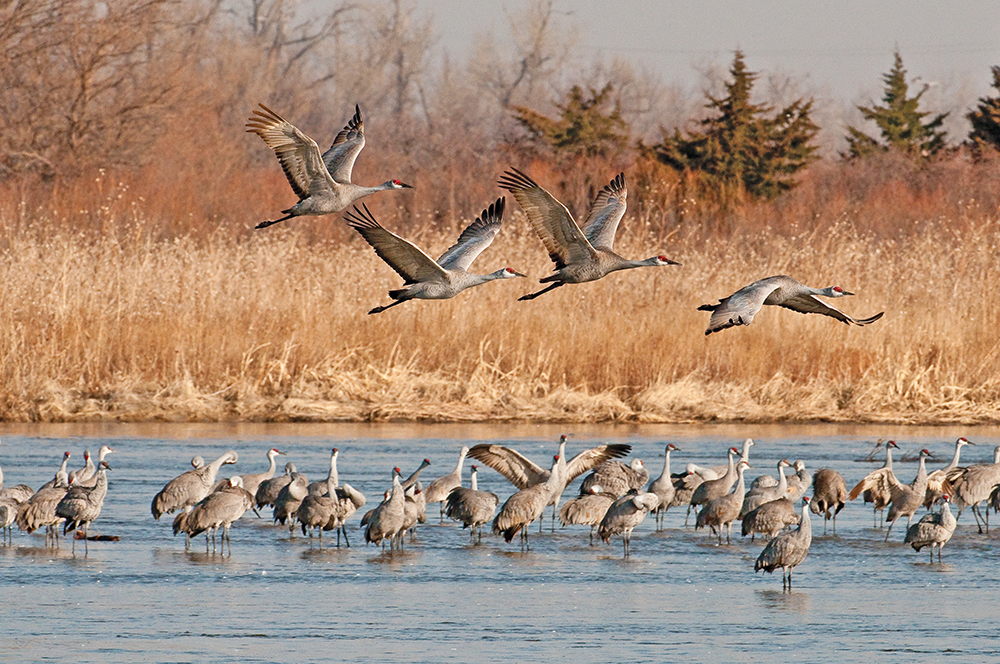 The Crane Trust is one of the two best places to observe the cranes on the river. We were there early – group tours to the viewing blinds leave the Crane Trust Nature Center before dawn. We left our cars at the road and walked silently to the blind by the river.

In the gray pre-dawn, we could barely distinguish the birds – but we could hear them. As it got lighter, the mounds in the water became masses of birds. The noise increased as they began to wake for the day. As the sun came up, a few early birds left.

A bald eagle flew in and perched on a stump in the river. Birds nearby took to the air, resettling farther away. Eventually, small groups began leaving for the fields, followed by larger groups filling the air with their unique calls and the flapping of wings.

Cold was forgotten. Words shouldn’t fail a writer, but I have no language to describe the magnificence of the experience. You truly had to be there.

The Crane Trust offers a variety of opportunities to enjoy the cranes and other aspects of this protected area. The Nature and Visitor Center is free to the public throughout the year and features miles of hiking trails and a viewing tower, as well as a herd of genetically pure bison. The Crane Trust also offers all-inclusive retreats, photography workshops and excursion events that include on-site accommodations and meals.

For super-serious photographers, the Crane Trust has several rustic overnight shelters – bring your own bag and everything else. Each will accommodate two people, but they’d better be pretty close friends. For complete information: cranetrust.org. 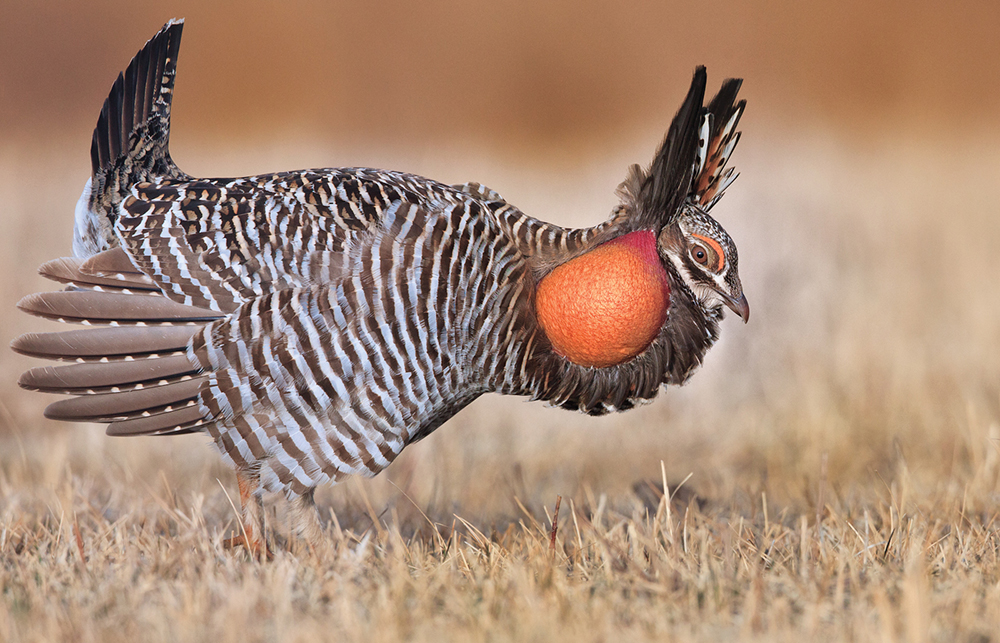 Rowe Sanctuary near Kearney is the other premier spot for crane viewing. Our viewing here was prefaced by an introductory movie and chat, then we were divided into groups to walk a quarter or half-mile to the blinds – and by the way, the blinds both here and at Crane Trust are unheated, so layering clothing is essential.

Of my four viewing experiences – morning and evening at both locations – I think evening was my favorite time. The sky was clear at first, but as the dark haze on the horizon that looked like advancing clouds got bigger, it was obvious that these were groups of cranes coming in for the night.

It was amazing to watch the big birds landing. They were packed so closely together it seemed impossible to find space, but the cranes had it figured out. Masses of them have, after all, been coming to this spot for thousands of years.

Having the visit you want requires planning ahead. Not only should you contact Rowe to make a reservation, you need to reserve your accommodations well in advance. There are several good motels in Kearney; Grand Island, a larger town, has more options. Like the Crane Trust, Rowe also has overnight photographer’s blinds. For more information: rowesanctuary.org.

While you’re in the vicinity, take advantage of the opportunity to watch the mating behavior of the greater prairie chicken as they gather to compete for the attention of the females.

They might look like mottled brown chickens, but the males have additional attractions that become apparent during the breeding season. A male may turn rapidly in a circle, stomp his feet like a toddler’s tantrum, inflate bright orange air sacs and emit a two-tone call. In addition, long feathers on the sides of his head – which usually lie flat – will stand straight up, and his stubby tail feathers will follow suit. Often, two males will display and then run at each other, leaping into the air as they get close.

Part of the display is to establish dominance, the other part to attract the females. As our group watched from a blind, five or six males were showing off. A couple of hens wandered past and into the tall grass. They didn’t seem impressed, but we were.

I had been invited several times to see the cranes – and I didn’t go. I hate being cold, and the whole thing sounded uncomfortable. All I can say now is that I would go again in a minute. The chance to see these amazing sights outweighs any discomfort or inconvenience.