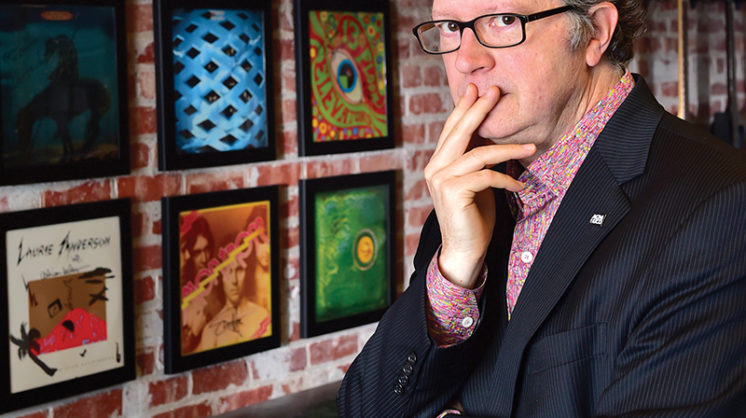 If you visited the historic Rainbow Records at 23rd and Classen in the 1980s, you may well have talked to a young Scott Booker. Thirty-five years later, he’s the CEO of Academy of Contemporary Music at UCO in Bricktown, a unique incubator of performing art talent. What happened between then and now is a story of constant curiosity, a willingness to pay close attention to the interests of others and a drive to achieve.

Mixed in that time from Rainbow Records to ACM@UCO have been many years as the manager of Oklahoma City’s enduring, Grammy-winning Flaming Lips.

But before he ever met Lips front man Wayne Coyne, he learned how to listen carefully to the desires and preferences of others.

Starting out prior to turning 15, he sold a national general-interest newspaper called Grit. Roaming through his neighborhood of Midwest City, he learned to engage potential customers in an easy conversation about what they liked and didn’t like. He calls it his “first job in the entertainment industry.”

But when Booker wasn’t going to school and selling Grit door to door, he hung out at his local Sound Warehouse, then a regional chain of record stores back when vinyl was the main method of listening to music other than a live performance.

In addition to the growing skills of selling entertainment, Booker says that his gig, “also gave me five dollars per week. In 1978, that was the price of an album. Every day I would go to Sound Warehouse and hang out, figure out what I would buy that week, and I would buy a record a week.”

And once he turned 15, he already knew so much about music and people that Sound Warehouse hired him. He worked there until his junior year in college, when he took his deep knowledge to Rainbow Records – and there honed his music curator skills even further. 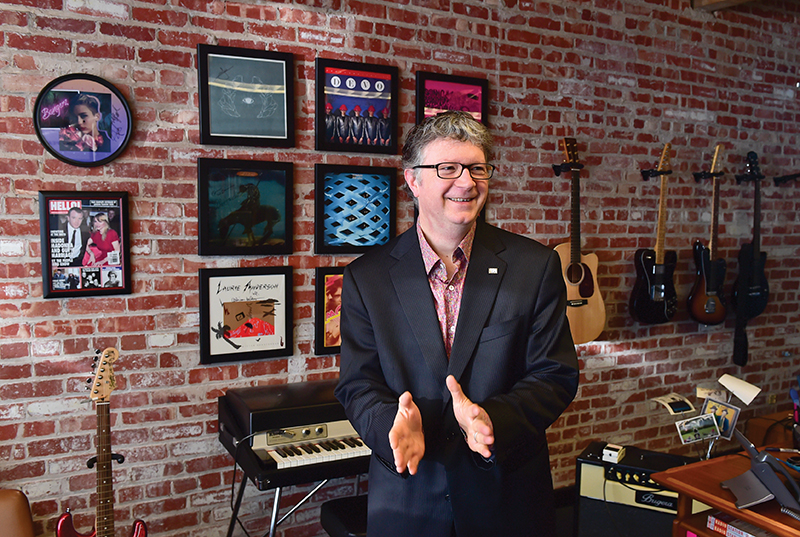 It was at Rainbow that he met Lips bassist Michael Ivins. And he got to know more members of the band as he started hanging out at the most intense music venues of the day, which included the Velvet Underground.

He brought his ability to connect people with music as he moved gradually into the role of manager for the Lips. He says there wasn’t any formal contract to be their manager … and there still isn’t. One day one of them just started referring to him as “our manager” and it stuck.

Today, Booker can be seen in a number of venues and milieus, including the Master Class for which he brings in seasoned artists such as Jackson Browne, Moby, Hall and Oates and other well-knowns to visit with ACM students and the public about how they navigated their own careers and brought their talent into full view.

He also teaches classes on how to manage the business of performing arts. Some of his students may move on to work for well-known large companies such as Warner Brothers, and others may use that knowledge to manage their own music careers.

Is he a musician himself? No. But that doesn’t stop him.

“I don’t think it’s been a hindrance in any way,” he says. “Maybe it’s almost the opposite. Maybe because I didn’t know theory, some music that would be discordant and annoying to people was actually still beautiful to me.”

And he continues to recognize the beauty of talent in others as he cultivates it through classes at ACM@UCO.