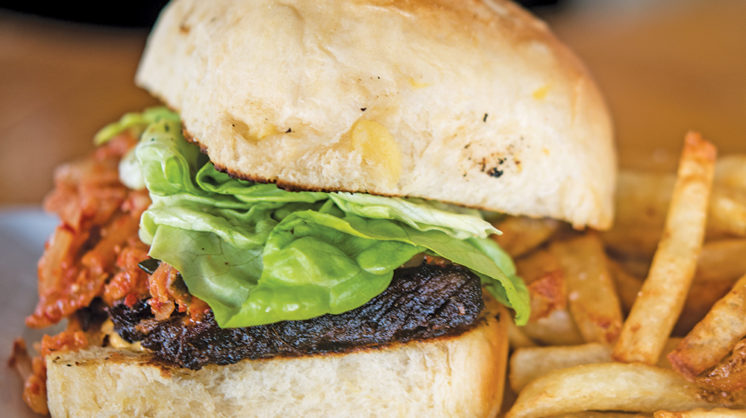 It’s definitely the good kind of weird, but it’s still a little bit weird to swing into the Paseo and see the new building to the west of the district’s namesake street. After all, it’s been several years since this area has seen much in the way of new construction.

So from a growth and development perspective, it’s good news that this gleaming white edifice filled with new businesses is here at all. From the viewpoint of appreciating top-notch cocktails and cuisine, however, it’s even better news that the complex’s main tenant is a new branch of Scratch Kitchen & Cocktails.

This is the concept’s third location – Brady Sexton launched it in downtown Norman in 2013 then added a branch in Telluride, Colorado. The Paseo version feels more physically focused on the “Cocktails” part of its name than the “Kitchen.” Amply sunlit and bustling, it’s not a very large space, and while it does have a handful of four-tops and taller tables for two, you’re going to be hard-pressed to find room for a party of seven or eight. Rather, visitors’ attention will be immediately drawn to the long, accommodating bar with a top salvaged from a basketball court, stamped metal gleaming above and leopards stalking along the wallpapered surface below. It’s a good environment for enjoying a drink. Plus, since the cocktail menu is overseen by expert bar manager Kristin Weddendorf  the drinks are definitely easy to enjoy. They tend to contain at least one ingredient that a casual tippler such as I will not recognize – Cocchi Torino, arrack, Becherovka, etc. – but the results are delicious. I especially recommend the lingering sweetness and perfect egg-white-foam head of the Becky With the Good Pear. Perhaps I can summon up the nerve to sample the God of Destruction before it rotates off the list of seasonal specials.

While the restaurant portion of the Scratch space feels like a comparative afterthought, I’m happy to say that the menu concocted by chef Levi Hunt is anything but. Start with the carbonara deviled eggs – their pancetta, bit of crispy cracker and spices are nicely balanced in a way that encourages diners to make quick work of the plate. The eggs and the fried oysters have been the most popular apps so far; the latter are served on a half shell filled with a smoked cocktail sauce that Hunt said he’s been tinkering with and trying to work into the menu for some time. I can imagine the Hotfire Chicken Drummies being a universal hit thanks to the tenderness of their hormone-free chicken and prickle of heat from what I think is a Sriracha glaze. Some people might require a bit more persuasion to try the kale and endive salad with lemon vinaigrette, but its fresh, colorful zestiness is its own reward. 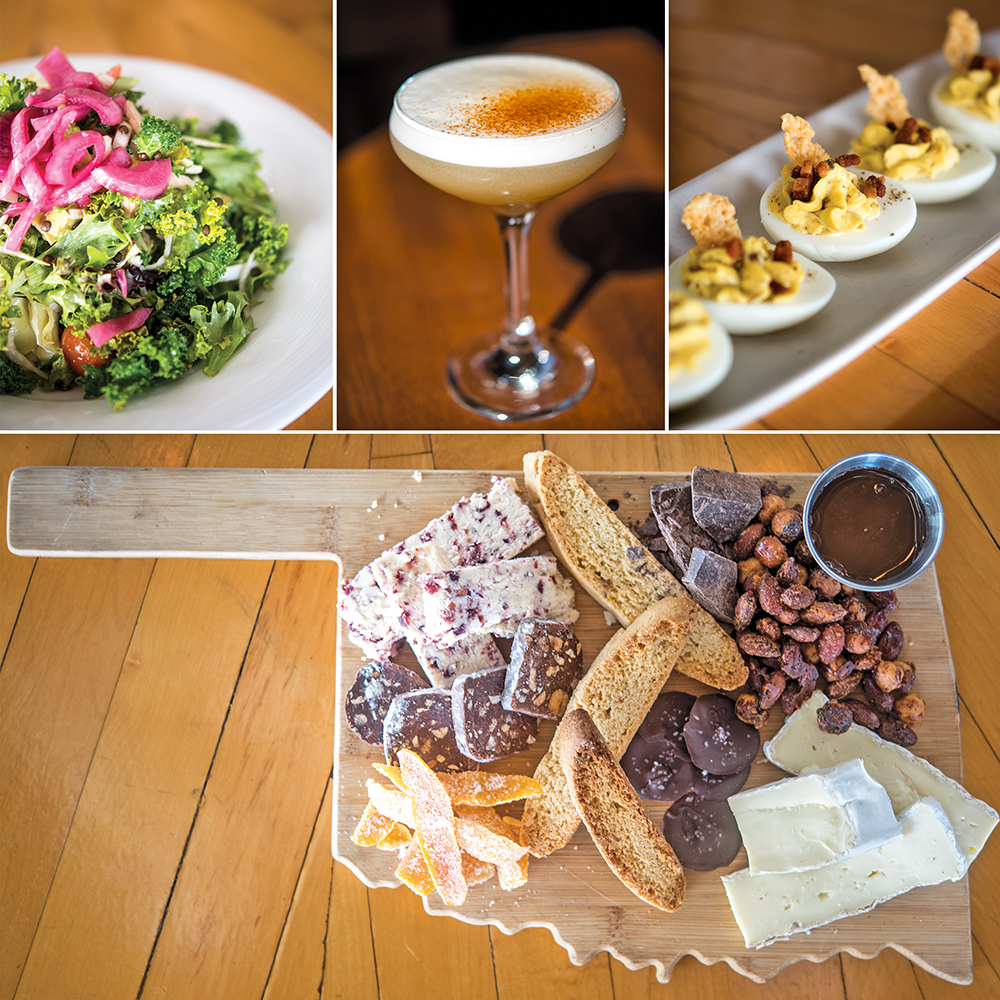 For entrees, you might easily find yourself tempted by steak frites, wagyu sliders or the sandwich of the week, but I’m offering two particular recommendations: a big slab of Korean-style short rib with kimchi on a house-made Hawaiian bun, and the exemplary seared pork medallions with fennel-apple risotto seen on page 73. When we were told that there’s very little overlap between menus at the two metro Scratch locations, my first thought was to feel sorry for Norman that it doesn’t have these beauties.

If you enjoy a dish that’s filled with ingredients you love, great – but it’s arguably more impressive for a chef to take materials that you tend to avoid and construct something delectable from them. By that standard, this is a fairly excellent menu. Pork is among my least favorite proteins, I have an Okie native’s suspicion of oysters, I once threatened to leave the office to avoid a kimchi taste test (true story) … but our meal at Scratch included all three, and each one was excellent.

Finally – and I apologize if this sounds counterintuitive – you should not order the French toast sticks for dessert. Yes, they’re warm, and the perfect texture, and slathered in chocolate hazelnut sauce. Yes, they’re delicious. Nevertheless, don’t get them. I mean, you can, but only if you also get the Sooner Board. It’s an Oklahoma-shaped slab of wood absolutely crammed with goodness: candied almonds and hazelnuts, blocks of fudge, biscotti, discs of chocolate, thick slices of brie and local honey for dipping, candied orange peel … it’s quite an impressive bounty.

The drinks are outstanding, the food is freshly made and flavorful, the space shows every sign of being a new hotspot. If you already have plans for a night on  the town elsewhere, this might be a good time to clear your schedule and start from Scratch.