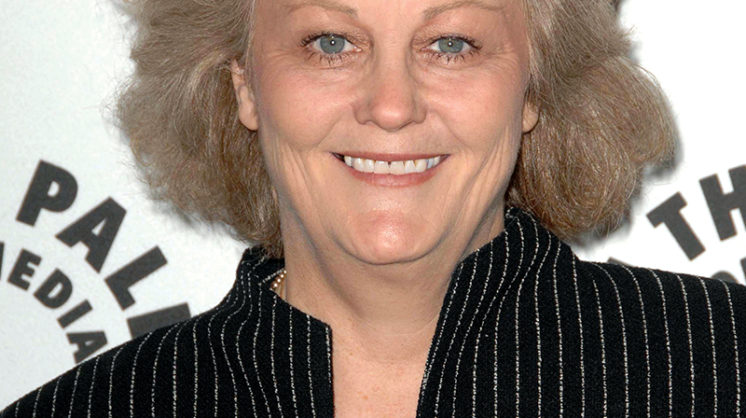 Nancy Miller is finally home. After writing and producing more than 180 episodes for 14 different television shows, the creator of the hit series “Saving Grace” has relocated from Los Angeles to Oklahoma City to start the next phase of her writing career. If her past work is any indication, the stories coming out of Oklahoma are about to get very personal.

“Everyone writes what they know,” Miller explains. “You have to do research, but the best stories that come up in the writer’s room are when the writers tell stories that actually happened to them. Use your life, just make it funnier and more dramatic.”

Miller has carved a successful path in the industry by creating multiple series about challenging topics she personally wants to explore. However, that was not always the case.

“Starting out my career, I wrote for any show I could,” recalls Miller. “It took me five years to make a living as a writer. At the time, all of the shows were cop shows. They all wanted one woman in the writers’ room. So, I ended up writing for all cop shows. Eventually, I took on a job with a drama series just to broaden my appeal.”

In 1992, NBC hired Miller to create her first series, “The Round Table,” to compete against Fox’s surprise hit “Melrose Place.” Aaron Spelling produced. David Bowie sang the theme song. Yet, the series only lasted seven episodes. The experience helped Miller realize she needed to stop following trends and start writing about topics important to her.

“I grew up in the south,” Miller says. “We would go from Oklahoma to Birmingham every summer. I remember the separate water fountains. We would be catching fireflies and half a mile away there were riots. I had no idea.

“I wanted to write about my experiences there with my best friend,” she continues, “So I changed one of the two characters from white to black and pitched it to the Lifetime Network. It was their first original series. They loved the characters and the storyline. They just did not want episodes about race.”

Well, they got them. “Any Day Now” dealt head-on with racism, religion and a slew of controversial issues during its four-year, 88-episode run. The two lead characters were different races, but lifelong friends. They could have real arguments and ask challenging questions. “Any Day Now” was honored with nominations by the Emmys, the Screen Actors Guild and the NAACP.

“We did some really interesting shows. We put the N word on trial. We did an episode about telling racist jokes. We got into huge fights in the writers’ room,” she says. “But that’s the point. We need to have conversations about race. You do not understand issues until you talk about them. And we made it funny. We made it fun to talk about racism.”

The success of “Any Day Now” led to a run of executive producing jobs on high-profile shows like “CSI: Miami” and “The Closer.” But Miller was anxious to create another passion project.

“‘Saving Grace’ was my most personal show,” she says. “I got to set it in Oklahoma. I got to include a storyline about the bombing memorial to make Oklahoma City super relevant. I got to explore sin, faith and religion.”

“Running a show is seven days a week, 18-20 hours a day,” Miller says. “It’s exhausting. It wears you down. I honestly came home to get a little rest. But, when I got I here, I realized there were all of these amazing stories about Oklahomans that need to be told. So, I’m starting to do research about Oklahoma history and see what stories I can find.”

Welcome home, Nancy Miller. We are excited for you to tell our stories.