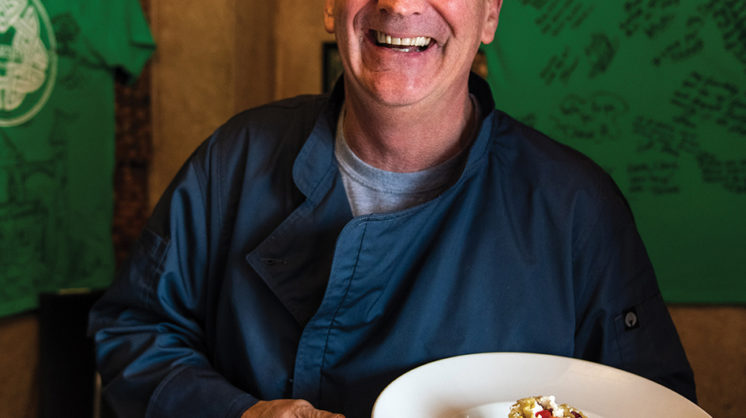 How does an Irish Catholic guy get his start in a Mediterranean kitchen? While it might sound like the set-up for a joke, Sean Cummings, who resurrected his eponymous Irish pub last year, got his first restaurant gig at Al-Roubaie Mediterranean Cuisine in his hometown of Kansas City.

“I was 14, working as a busboy,” he says. “One day, a cook didn’t show up, and the owner, Kassim Al-Roubaie, put me in the kitchen when I asked to fill in for the cook. I found out that I had natural talent – and that ADD works well in the kitchen.”

Most of Cummings’s training came from Al-Roubaie. The chef was a stickler for details, and didn’t like to repeat himself.

“He would tell you once how to do something, and you were expected to remember it,” Cummings says. “If you didn’t remember, the chef said he’d fire you. For the first time in my life, I paid attention.” The chef was also a stickler for freshness, so food was made from scratch daily. “The guy was a master,” Cummings says, “and his was the best restaurant in KC.” 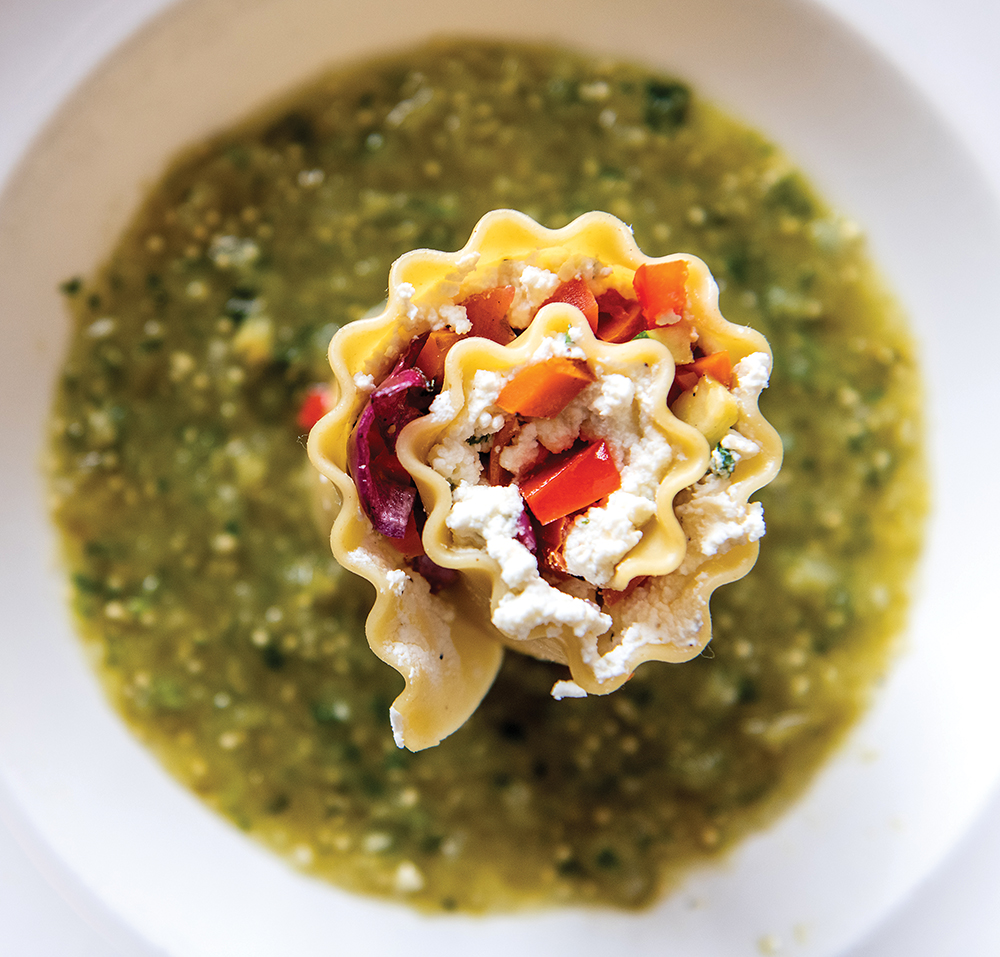 “I found out that I had natural talent – and that ADD works well in the kitchen.”

Foods with complex flavors and complicated techniques are still his favorites to cook and eat, such as the eggplant Parmesan of his childhood. Things such as beef tenderloin are too simple, according to Cummings. “It’s always great and requires almost no talent to be wonderful. It’s boring.”

The natural talents Cummings bring to the kitchen include an uncanny ability to read a recipe and taste it in his mind – that means fewer mistakes and more flexibility. He follows the recipe the first time, and then alters it a bit each time after to get the result he prefers. Plus, good quality beef and chicken stock are integral to his cooking.

“One teaspoon of either solves lack of salt and creates a fuller mouthfeel,” he says. “A burger that is grilled on each side, and then put in beef stock with a touch of garlic and onion while waiting to be served, is probably the best burger you will ever eat.”

Cummings has also spent some time as a professional actor, but these days he prefers to be behind the camera. He does quite a bit of video work, and he and his wife Cathy Cummings – who owns and operates Italian bistro Vito’s Ristorante – are both very politically active. Refreshingly, he is well known around the city for trying to create respectful, informed dialogues between differing sides about political issues.

For his recipe, Cummings chose vegetarian lasagna, describing it as “light and airy” and one of his favorite things to cook at home. “At the end of the meal, I don’t feel like I need a nap.” 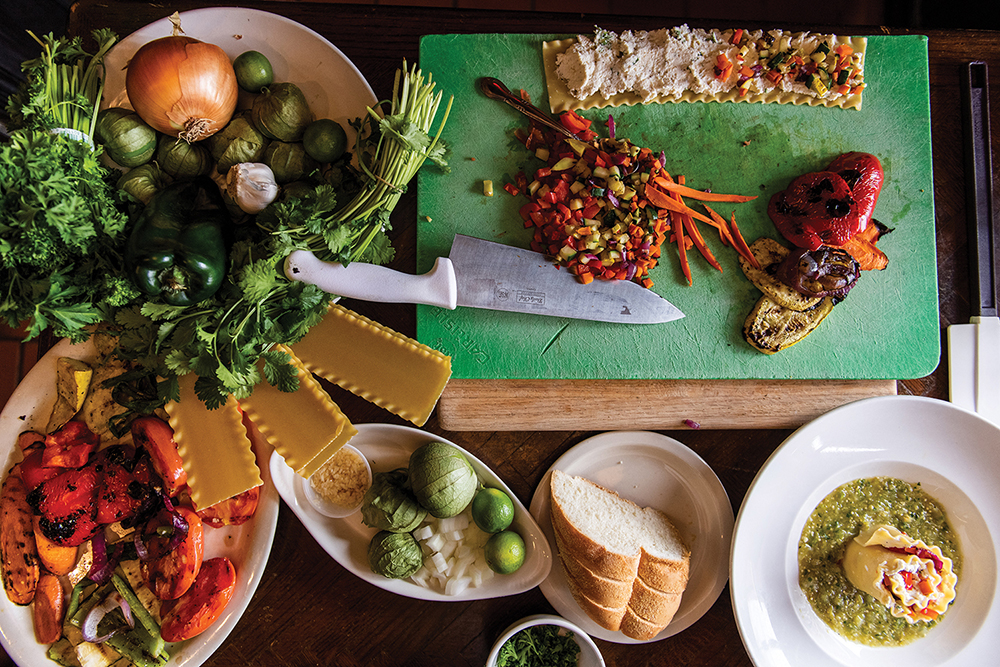 Vegetables
NOTE: This step can be done the day before using, or grill and save these items in a freezer bag.
1 red pepper (cut and seeded)
1 zucchini
1 squash
1 carrot
1 red onion
Chop roughly into smaller pieces and marinate in one cup of Wishbone Italian dressing. (Can be roasted in the oven, but will not be nearly as tasty.)

Roast chilies over a fire until charred, then put into a plastic bag and let cool.
Peel exterior of poblano and remove seeds. Chop and set aside.
Put EVOO into a sauce pan, add chopped onion and cook until the onion goes clear.
Add garlic until fragrant.
Add whole can of tomatillos.
Add 1 cup of water and salt, bring to a boil and then toss in chopped poblanos.
Add juice of two limes.
Use the hand blender to puree all ingredients, and then toss in cilantro when all are well blended.
Boil lasagna noodles in water for 8-10 minutes.
Place noodles on a clean towel.
Spread ricotta cheese blend, add next layer of chopped vegetables and roll the lasagna noodle (lengthwise) with all of the ingredients on it. Add a touch of cheese to the end to get the noodle to seal.
Put noodles on the side so that layers are visible
Microwave until hot and carefully pour tomatillo sauce around the lasagna
Let cool and serve.