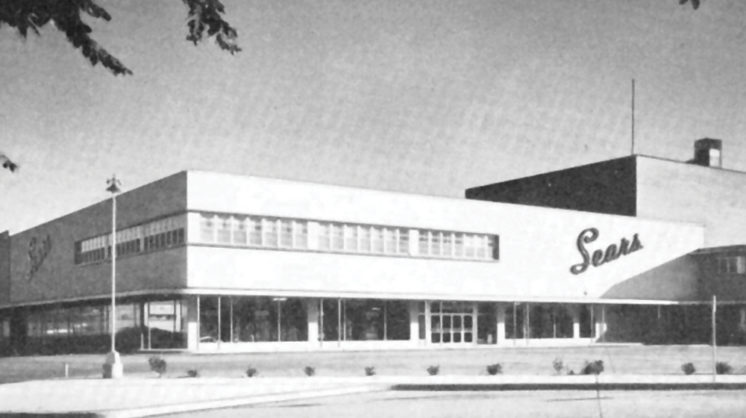 The corner of Northwest 23rd and Pennsylvania looks pretty much like lots of other Oklahoma City intersections: a strip mall, fast food restaurants and lots of traffic. But a generation or two ago, that area was home to one of the city’s landmark shopping destinations.

Sears and Roebuck had been around since the late 1800s, and in 1954, Oklahoma City became home to one of its premier store locations. The three-story brick building was a mid-century shopper’s dream. Clothing, appliances, automotive parts … all under one roof. And there were toys, too. Lots of toys.

“I loved the toy department,” says Oklahoma City resident David Thach. “I remember shopping there when I was a little kid with my mom and my aunt. Back then we lived in south Oklahoma City and would drive to that Sears on Northwest 23rd and Penn. In the spring, they would set up an above-ground pool in the store, and we kids begged for one for years. Never got it. Mom and Dad knew how much work they would be to maintain. But I still have all my Matchbox and Hot Wheels cars! I did not have many crashes with mine.”

“It was a three-story building, which meant three different sets of escalators,” Thach says. “I loved playing on them when I was a kid. But later, when I worked at the store, I would say about once a year a kid would get hurt on them; get their foot caught in the return and someone would have to shut the escalators off.”

Thach began working at Sears in 1976, in the snack bar.

“That was such a cool space,” he remembers. “Huge glass windows overlooked planters, and then onto Pennsylvania. Very 1950s modern. The candy counter on the main floor made the entire store smell good. At Christmas, the store was insanely busy and it was so full of shoppers. My friend Gina and I worked there together, and it was an exciting time.”

Eventually times and shoppers’ tastes changed. The once-bustling Sears closed, and the building was demolished in the 1990s.

“I hated to see it torn down,” Thach says. “It was built as a fallout shelter, and was extremely strong. Americans are so wasteful – we tear down too many buildings that could be repurposed and reused. But in its day, what a gem it was.”