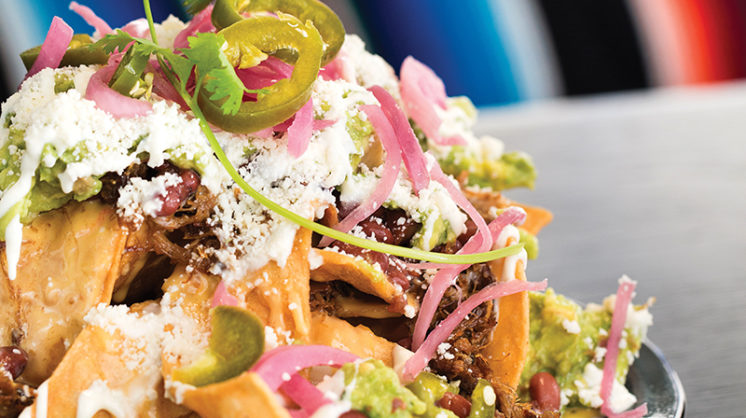 It’s a bit of a tricky situation: I want to share a few thoughts about this new Mexican restaurant in Midtown, but given the company’s track record of gustatory excellence, there’s a real risk that savvy metro residents will decide they don’t need to read any further as soon as I mention that Barrios is the newest creation of the Good Egg Group.

If you’re still here, you read right – the talents behind Cheever’s, Iron Star, The Drake et al. have added a Mexican option to their stable (at last!), and it is excellent.

Named for the Barrios family, mainstays of the Good Egg empire since its inception, the spot is beautifully designed. Its vast-feeling, airy interior – the building was once a tire shop – is filled with natural light and points of interest throughout, from the copper bar, asymmetrical pendant lights, black tableware and even intricate wall tiling in the bathroom to the wealth of colorful pillows, suspended strings of lights and the patterned concrete and gravel flooring that make the back patio a must-visit.

“But Steve,” you say, “why recommend someplace that’s currently de facto inaccessible? It is the very pit of the bleak midwinter; what patio this side of Puerto Vallarta could be habitable in January?” To which I would smile and tell you about the dozen chairs by the fireplace, the standing heaters radiating warmth throughout the courtyard and plenty of seating under heated canopies – it genuinely does feel like a special getaway, and it’s ready to explore even now.

If you are dining inside, the standard chairs are perfectly comfy, but try to avail yourself of the opportunity to sprawl regally on the low central couches. And then get ready for a feast.

The complimentary tomatillo salsa is fine, but pales in comparison to the rich, smoky red – and even it can’t compare to the decadent molten bliss of the queso fundido. Victory Club Nachos present a structural challenge, but a rewarding one: any particular chip (and they’re thankfully sturdy) bears a tasty payload of guacamole, queso, carnitas, jalapenos and pickled onions or all of the above. And despite the emphasis in the name of the spicy peanut kale salad, its star is absolutely the pomegranate vinaigrette – bright and citrusy and filled with a bittersweet pop. 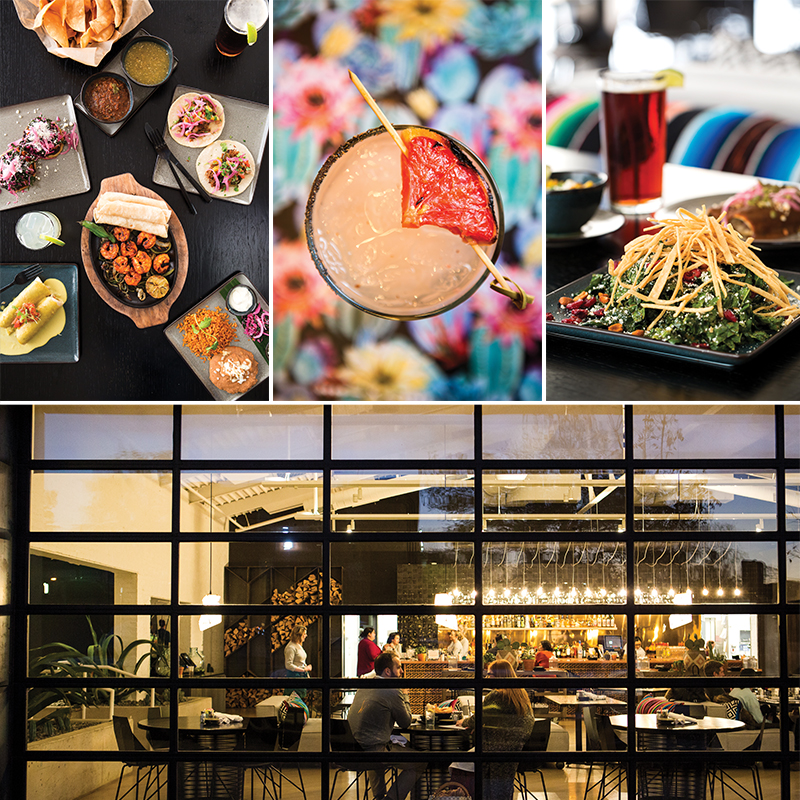 Dining your way through the entrees may seem a Herculean task. The braised beef short rib enchiladas are lacquered with a dark, slightly sweet mole; the pork cheek carnitas tacos benefit immensely from their pineapple salsa; even something as familiar as a shredded chicken enchilada with cream sauce was executed deftly enough to draw a respectful “Mmm!” from our party. But if I could give you a couple of recommended shortcuts: the hot chicken sopes, which feature a spicy fried chicken tender balanced out by a savory black bean paste and kale slaw, are delicious, and in my opinion the best thing on the menu is the smoky, perfectly cooked chili pequin shrimp fajita. Me gusta.

The portions are ample – especially considering their price points – but hopefully you’ll still have a little room for dessert; the handmade banana cream churro and tender tres leches cake topped with grilled pineapple tidbits are both well worth a savor.

One way or another, you should be well and truly sated by the time you pass the dish of pink Chiclets on the way out (another of those ideal crowning touches). Based on the first few of what will absolutely be many visits, I’m happy to say that Barrios truly is, as the postcards that accompany the tab say, “Superbueno.” 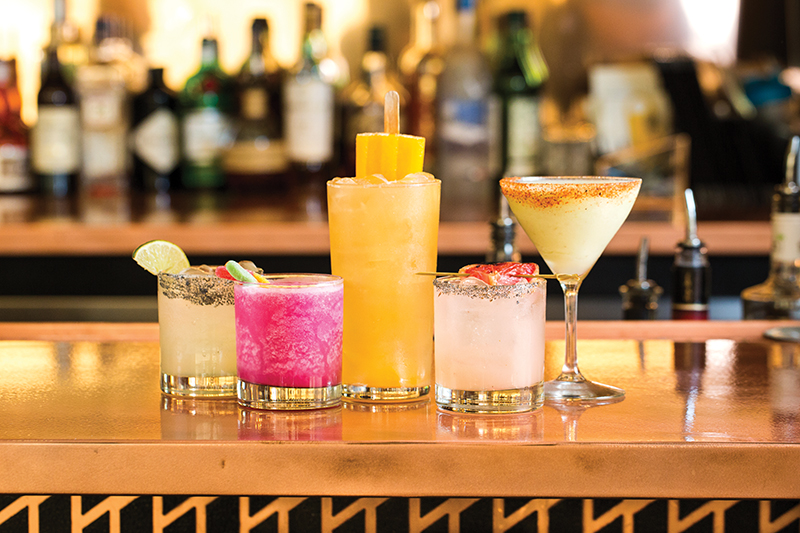 Tempting as all these dishes are, they’re still only a fraction of the Barrios equation: the drinks menu is an absolute beauty, too. Formulated by bar manager Jenny Kress, it ranges from a comparatively simple house margarita (though the black salt rim is a distinctive touch) to the zippy tang of the rum-and-prickly-pear slush, garnished with a sour Gummi worm. And speaking of Tang (there’s a segue I don’t get to make very often), the intensely orange powdered beverage combines with tequila in the house-made popsicle that comes suspended in the Beer Rita. Playful and tasty!