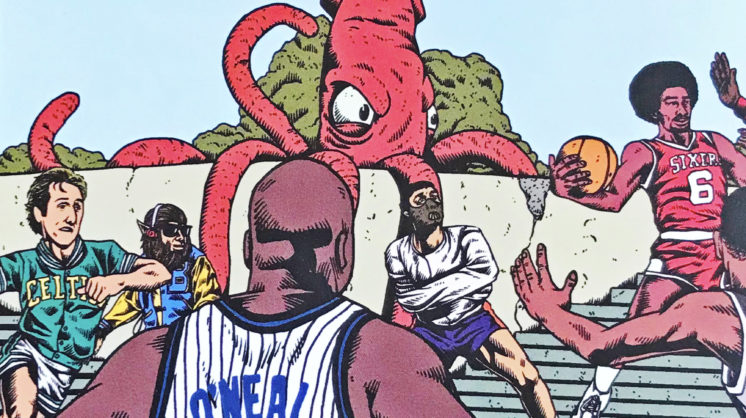 There is an army of humans – the FOH Army, to be precise – who will not be happy if this next part is wrong, but: Shea Serrano is a sports writer for really smart nerds who happen to love sports. He’s much more than that, but he’s at least that. His fan base is bigger than that, but it’s that nerdy core that animates the movement. It is entirely likely that none of them will be offended by the nerd designation, which speaks volumes about the kinds of humans who read his work.

Serrano, a San Antonio native, is one of the best follows on Twitter right now, and that’s in large part due to his ability to shape 140-character tweets (“i’ll cut my fingers off before i send a 280 character tweet” – tweet from 10/30/17) into comic brilliance, combined with deep thought, reading and reflection on why sports matter. No, his skillset is not limited to Twitter; he’s a master of the essay, too, and that gift is regularly on display at The Ringer – the sports and pop culture website that is the brainchild of Bill Simmons – as well as in his books: 2015’s The Rap Year Book and 2017’s Basketball (and Other Things).

A former middle school math teacher, Serrano got started writing because his wife, a former special needs math teacher, was pregnant with twins, and he needed the income to support his family. The details of his writing career are well documented, but it’s worth noting that he said openly that some nights you have to stay up all night to balance family, work and a budding career as a writer.

On March 17, Serrano will be at the Downtown Oklahoma City Public Library for a presentation about writing and freelancing, followed by a book signing. Judith Matthews, the adult engagement supervisor at the downtown library, reached out to Serrano, and he accepted. He agreed to speak with 405 Magazine ahead of that visit – we spoke by phone, and he actually refused to consider seeing the questions in advance.

Is this part of a nationwide tour you are doing?

“No. Not a tour at all. I really like libraries. She hit me up and said she was from the Oklahoma City library, and asked if I wanted to come give a talk. I said, ‘All right, I’ve never done that before, so let’s do it and see what happens.’”

Have you talked to writers before about the process in a formal setting like this?

“Yeah, I’ve done that at a bunch of places: journalism classes at colleges, newsrooms, newspapers, those sorts of places.” 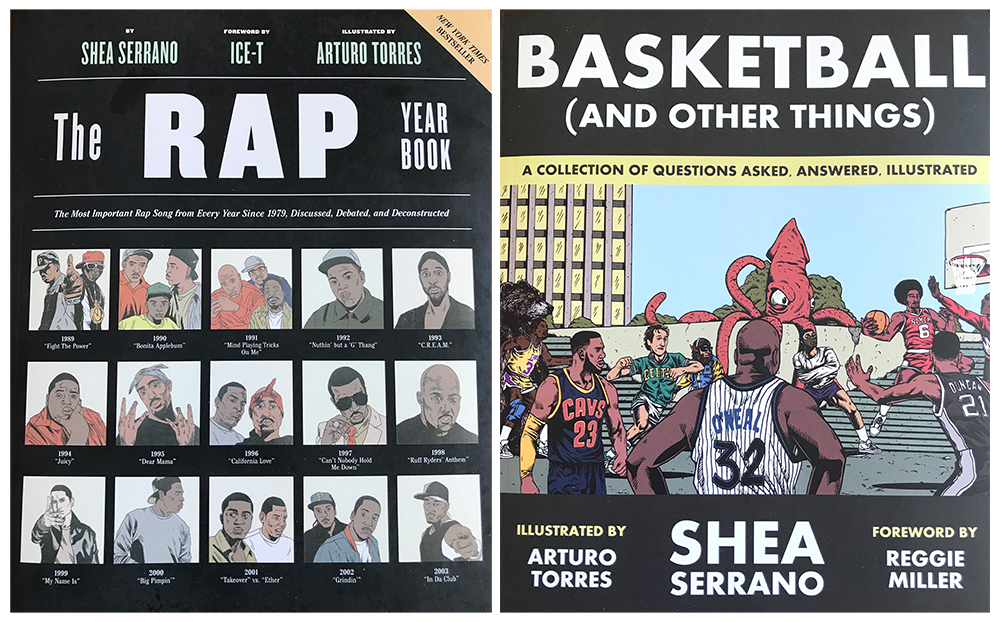 You spent time at a Title I school in Houston after your emergency certification. What was that experience like?

“Resources were not great, but the kids were great. I wanted to teach at a school like that because that’s the kind of school I attended. I’m from the south side of San Antonio, and the school I went to teach at in Houston was 90-something percent Hispanic. My school in San Antonio was about the same percentage, so that was where I felt the most comfortable, but also felt like I could do some good there.

After becoming established as a writer, you told GQ, “You just gotta say you’re a thing, and people will think you’re that thing.” Is that still a truism in your life?

You’re well known for your quirky approach to asking questions, as you did in your book Basketball (and Other Things), wherein you include a chapter titled “If 1997 Karl Malone and a Bear Swapped Places for a Season, Who Would Be More Successful?” With that in mind, and thanks to my roommate for this, please answer this question: LeBron James versus a shark – who wins the fight?

“You need to set up some parameters. This is the thing I’ve learned about asking questions like that: You can’t just ask an open question like that without building a fence to keep the conversation under control. There would have to be some specifics, like – where are they fighting, first of all? Are they fighting in the middle of the ocean? That’s different than fighting in the middle of a three-foot saltwater pool.”

Let’s try this, then. They’re in the middle of the ocean. LeBron has a knife, and it’s a tiger shark.

“OK. What I would do then is read a whole bunch about tiger sharks. Where do they do most of their hunting? How aggressive are they? Do they even frequent the middle of the ocean, or do they try to stay close to shore so that LeBron would have an advantage there? When are they fighting? What month is it? My gut just tells me LeBron would win.”

“The argument I would make without knowing anything else is that we saw a very similar situation in the movie The Beach. It was Leonardo DiCaprio versus a shark, not a tiger shark. He was a medium-sized shark. But he killed him with a knife. He defeated him. If Leonardo DiCaprio can kill a shark with a knife, then I have to believe LeBron James could, too.”