Shelter from the Storm - 405 Magazine 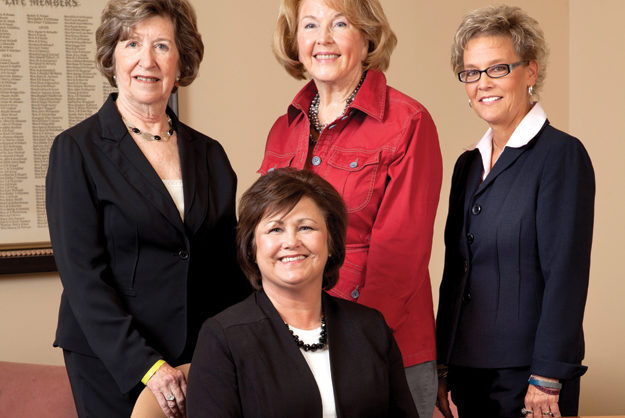 Here’s an odd fact: In Oklahoma, it’s a felony to beat your dog. It’s a misdemeanor (for the first offense) to beat your wife. We live in a state that, for all its progress in recent decades, continues to rise toward the top of another statistical ranking – 11th in the U.S. for the number of women killed by men.

Christy Baker is intimately familiar with these statistics – not just by virtue of her many years of service as a board member and volunteer for the YWCA of Oklahoma City, but because she has come perilously close, on more than one occasion, to becoming one of those many women who would be killed by her abuser.

In Baker’s case, the abuser – whom she had dubbed ‘Prince Charming’ while they were dating – was her ex-husband, who had convinced Baker that if she left to seek shelter from his regular, vicious beatings, those beatings would only get worse, if he didn’t decide just to kill her instead.

Tragically, Baker was no different than most of the estimated one in four women who suffer domestic violence at some point in their lives; she believed him. At the urging of a co-worker, Baker took refuge at the YWCA, Oklahoma County’s only shelter for battered women and children.

While she received support, counseling, clothing and many other vital services provided by the YWCA, Baker began to recognize the mechanisms of the violent relationship and soon emerged, ready to reclaim her life, free from abuse.

But her abuser was still out there.

When she found him in her apartment one night after their separation, hunkered down in the back of her bedroom closet, clutching an eight-and-a-half-inch, serrated blade, any lingering doubts about when he’d make good on his promise to kill her were resolved.

Baker’s narrow escape and the proximity of an Oklahoma City police officer gave her story a better outcome than most. Her abuser served only nine years of a 25-to-life sentence. Several years after his release, the abuser died.

“I can talk about my situation openly,” Baker says, “because my abuser died. Most women can’t do that because they live in fear,” she adds, noting, “That was 20 years ago. Since then, we haven’t made much progress on behalf of the victims as far as laws to protect them.”

Included among those victims are an estimated 3.3 million children who witness domestic abuse every year. “How different would things be,” Baker asks, “if those children saw Daddy go to jail for beating Mommy?”

Lela Sullivan, one of several chairmen for the YWCA’s $15 million capital campaign for the construction of a new shelter, explains that, as violence in our society reaches epidemic levels, the need for a larger facility is urgent. Sullivan points out that victims of domestic violence represent every ethnic, socio-economic and cultural segment of our population.

Plans for the expansion include a new emergency shelter with 85 beds and the repurposing of the existing facility to become an enhanced, extended-stay shelter with 52 beds.

“We’ve received so much positive response about our plans to build this new shelter,” Sullivan adds, noting several upcoming retail events that will benefit the campaign, including events at The Webb in Nichols Hills Plaza (October 4) and Balliets at Classen Curve (late October).

What You Can Do

» Contact your state representative (oklegislature.gov) and find out what steps he or she is taking to strengthen Oklahoma’s laws concerning domestic violence.
» Volunteer to help with the YWCA’s capital campaign to provide additional shelter for victims of domestic violence.
» Participate in committee projects
» Organize or participate in fundraising campaigns
» Spread awareness through public speaking opportunities
» Volunteer in one of the many programs offered by the YWCA