Shooting for the Moon - 405 Magazine 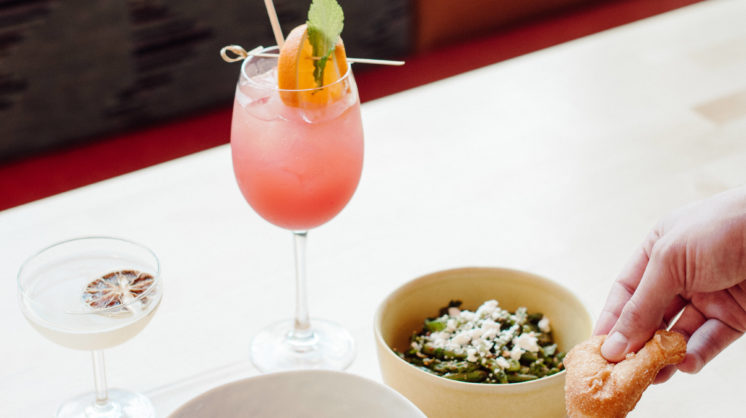 Lúa Mediterranean & Bottle Shop is the first new concept from Offset Hospitality, the company formed by Aimee Ahpeatone and Chef Shelby Sieg upon Sieg’s return to the Plaza District in May of this year. Formerly The Pritchard, Lúa brings a more casual vibe and more affordable price point to one of Plaza’s best spaces, which includes a newly covered patio out front. Fortunately for enthusiasts, though, The Pritchard’s commitment to wine remains in the form of a super-approachable, eclectic list from operating partner Riley Marshall.

“When Shelby left, she left as an employee, but I asked her to come back as my business parter,” Ahpeatone says. “She brings all her well-known cooking skills, as well as operational experience and a personality and temperament that make her easy to work with.” 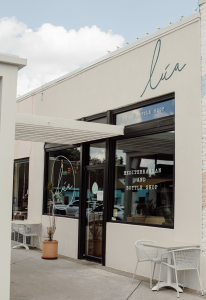 Ahpeatone said the repurposing of The Pritchard as Lúa was based on feedback from guests and residents of the surrounding neighborhood. “We had a lot of input that the Plaza District needed more fresh, healthy options,” she says, “and Mediterranean is my favorite style of food, so Lúa makes sense for the space and the neighborhood.” 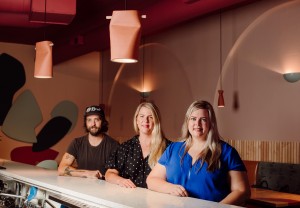 Locals have known – even before Sieg famously beat celebrity chef Bobby Flay on his television show – that she is one of the city’s rising talents. Lúa showcases her abilities, palate, creativity and knack for building layers of flavor in dishes both beautiful and delicious, starting with the Lamb Tagine. A traditional North African dish, the tagine is basically a stew, but while Middle Eastern versions use lamb shank, Sieg went with leg of lamb. 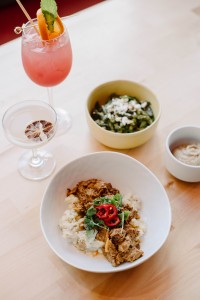 “We braise it for a couple hours in a spice blend that includes turmeric, fresh ginger, cinnamon, cardamom, coriander and dried apricots,” Sieg says. “The house-pickled Fresno peppers add a little heat and a pop of acid that keeps the dish from feeling too rich.”

The tagine is served over Yukon gold potatoes – a touch of genius when serving an Oklahoma crowd raised on beef stew with potatoes. The dish is rich, but not heavy, and the portion size allows room for a dessert, such as the olive oil cake used to beat Bobby Flay or the chocolate pot de crème with passion fruit curd.

Before you ever get to the tagine, though, there is The Spread: a shared plate laden with tzatziki, hummus and olive tapenade served with fry bread. Fry bread? 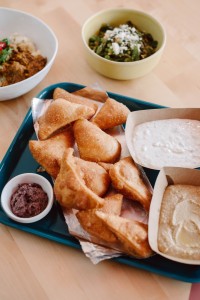 “We wanted to present it differently, to switch is up a bit,” Sieg says. “Guests can still get pita if they request it, but so far the feedback has been that people love the fry bread.”

The tzatziki is made with very high quality Greek yogurt, and the commitment to quality pays off; it’s tangy, cool, zippy and creamy – a perfect contrast to the briny, pungent tapenade.

Sieg uses peppers well in her cooking, and that is nowhere more apparent than in the Pea and Asparagus salad, where Aleppo peppers – an ingredient too rare in OKC – are used to give warm heat and bright acid to a fresh salad, building complexity and adding weight to an otherwise light dish. 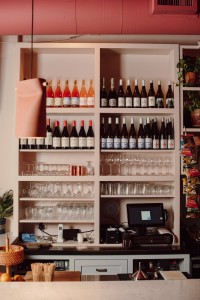 As for lunch dishes, the addition of the ChaLUApa to OKC’s dining options is worth noting, and we should all fondly remember that this “sandwich” of magical lamb meatballs and powerfully flavorful pesto showed up in the middle of the COVID crisis. A small mercy, for sure, but a delicious one.

As with his other venture, Bar Arbolada, Riley Marshall’s approach to alcohol is straightforward: a wine list featuring a ton of fun stuff he likes (and you will, too) and a trust for skilled bartenders to build complex but refreshing cocktails. Lúa is the addition the Plaza District didn’t know it needed, but the city’s culinary landscape is markedly better for having it.