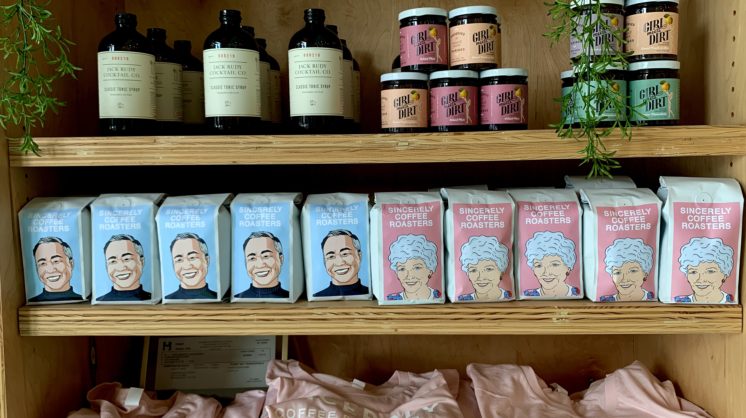 A pop-up coffee shop adjacent to Commonplace Books in Midtown will introduce customers to one of the city’s new roasters, Ian Flemming and his Sincerely Coffee Roasters. (And he’s definitely heard all the James Bond jokes he needs for the rest of his life.) We wrote about Sincerely last year in the magazine, because the coffee is for coffee lovers, not coffee snobs, and a pop-up is the perfect way to get the word and the coffee out.

Flemming grew up in the Philippines and Singapore, the son of missionary parents, and moved to Oklahoma in 2011. He got a job at Starbucks, but it was Elemental Coffee that changed his life.

“I tasted their coffee in 2013, and I realized that there was much more to coffee than I had experienced,” he said.

After four and a half years at Coffee Slingers, he started roasting his own beans in 2018. He launched the brand last year, and initial roasts were delicious. He’s refined the process, developed the brand, and expanded his product line now, so the pop-up comes at a good time.

While working at Coffee Slingers, he met Landon Ferguson, now one of the partners in Capitals Ice Cream and Cities Ice Cream. Ferguson and his brother Layne approached Flemming about using the old Kitchen at Commonplace space for a pop-up. They enlisted Chris and Tricia Castro to design the packaging and the space, and the pop-up opened June 23.

The packaging features characters, each of which has its own flavor profile, based on Flemming’s single-origin roasts. The original pen and ink drawings by Tricia Castro were digitally colored by Chris Castro, and they now hang on the north wall of the space and adorn the retail packaging.

“Sincerely is the story of coffee and the people who drink it,” Flemming said, “so each character is inspired by a real person.” 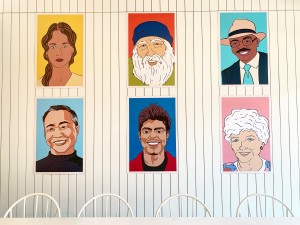 A blend of coffees from Brazil, Colombia and Papua, New Guinea is also available, and the flavor profile runs to the warm and nutty as opposed to bright and fruit forward that typically shapes single-origin roasts. A small selection of baked goods – made in house – and tea is available at the pop-up, but mostly it’s about the coffee, and the coffee is some of the best you’ll find. Chris Castro, who is one of the partners opening the Market at Commonplace in late July or early August, said Flemming is creating a roast blend just for the market.

“He’s very consistent, and we knew he’d be the perfect person to create a blend that is affordable and approachable but still tastes like a premium roast,” Castro said. “The market is going to feature local producers, and we’re very excited to have someone with Ian’s skill and attention to detail associated with the market.”

The pop-up is scheduled to run through the end of August, but Flemming said if things go well, they’ll look at staying longer. He’s already moving his roaster to Midtown, so he’ll be roasting in the complex that houses Barrios and Gardner Architects. The shop is open 7 a.m. to 2 p.m. Tuesday through Friday, and 8 a.m. to 3 p.m. Saturday and Sunday. Sincerely is closed Mondays.